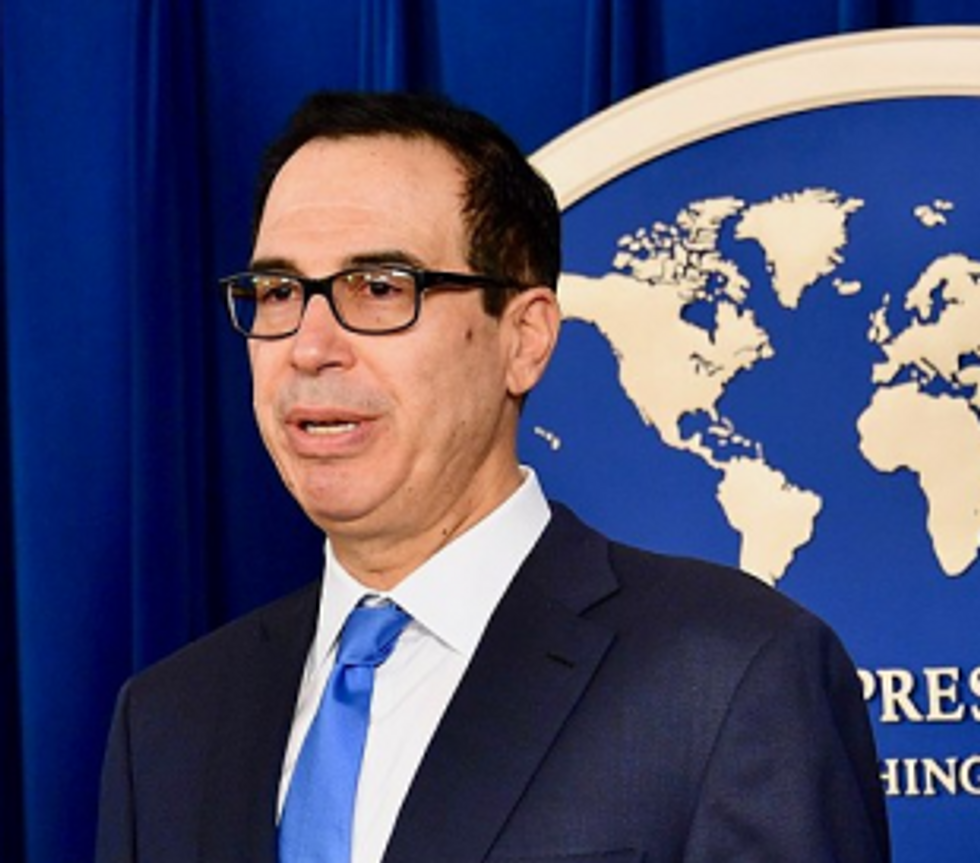 Secretary of the Treasury Steven Mnuchin, from his Mexico vacation in Cabo San Lucas as the federal government was shutdown, Sunday night issued a statement that was supposed to help calm jittery investors.

It did not. In fact, it did the opposite.

The Trump stock market has tumbled over the past weeks, losing all of its 2018 gains and more, pulling into bear market territory. Last week was the worst in a decade and the markets are tending to have the worst December since he Great Depression. Investors are worried and some average Americans, especially those with 401(k) retirement plans, are panicked.

When the markets first started to drop, despite what the Federal Reserve and others say is essentially a strong economy with low unemployment and low inflation, President Trump issued a statement, saying the market was just "taking a little pause."

Since that October 30 claim, the markets have plunged.

There are reports Trump has talked about firing him, which would be unprecedented. It's unclear that he even has the authority to do so, something Mnuchin announced last week in an attempt to calm investors.

While that did little to help, Mnuchin's Mexico message has spooked the markets.

Steven Mnuchin, the Treasury secretary, is in the glitzy resort town of Cabo San Lucas, Mexico, during the government shutdown.

Mnuchin announced in a statement posted to Twitter, that he had just spoken with the CEOs of several of the nation's top banks, and they told him, "they have ample liquidity available for lending to consumer, business markets, and all other market operations."

The Treasury Secretary went on to say, "they have not experienced any clearance or margin issues and that the markets continue to function properly."

Well, that's great news, but no one was worried about the stability of the banks.

Until Mnuchin mentioned it.

“Panic feeds panic and this looks like panic in the administration,” Diane Swonk, chief economist at Grant Thornton, told the Post. “Suggesting you might know something that no one else is worried about creates more unease.”

“It’s going to raise the question of whether Treasury and Mnuchin know something the markets don’t,” said Brian Gardner, Washington research director at Keefe, Bruyette & Woods. “Without clarifying further, it’s going to weigh on the markets.”

“If this weren’t the end of December, I would have thought it was April Fools,” added Jared Bernstein, former chief economist to Vice President Joe Biden. “The markets are already nervous enough. It’s like sending out a message saying our space shields can intercept incoming asteroids. Uh, I didn’t know there were any coming our way.”

“No one thought we were at crisis level,” one of his advisors told the Post. “It’s going to create more of an issue than we had already.”

The Post's Damian Paletta separately adds via Twitter, "today could be a bloodbath."