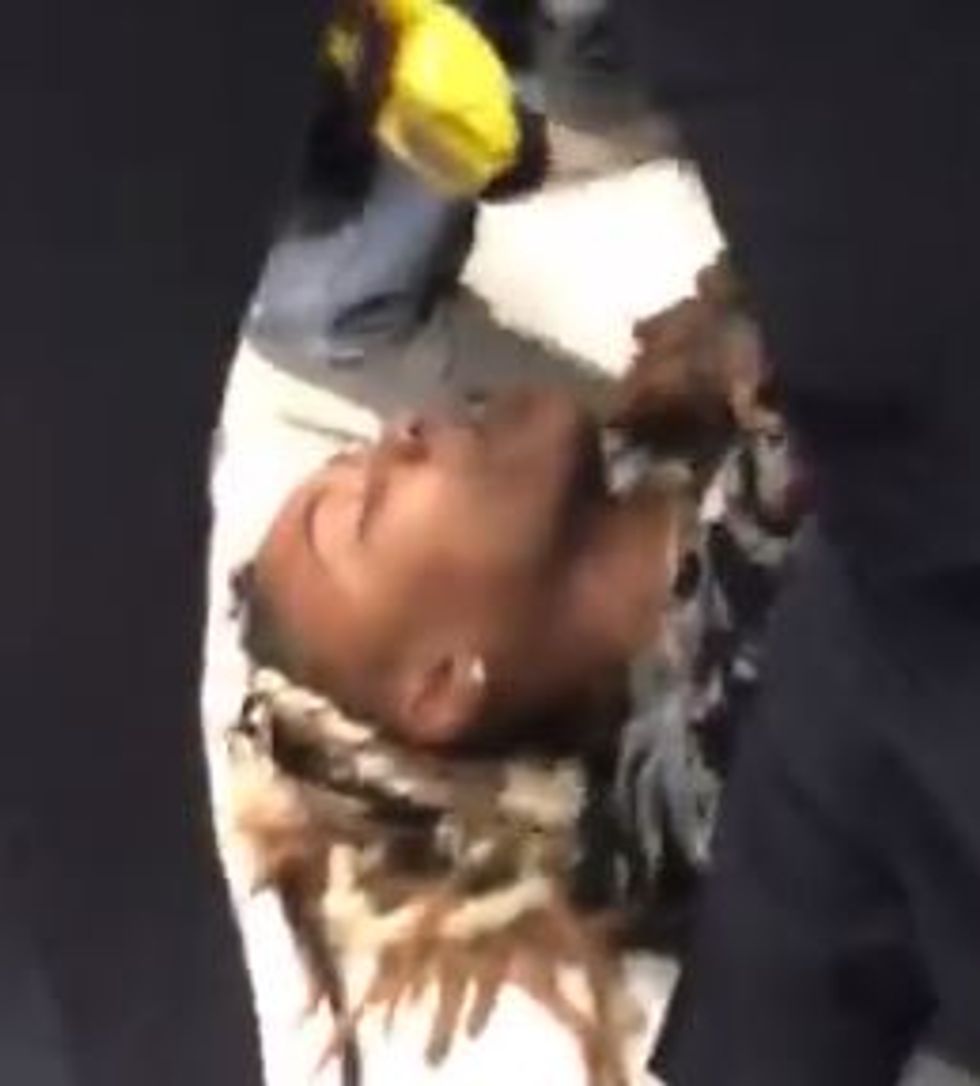 A disturbing video shows New York City police officers trying to yank a 1-year-old child from his mother’s arms during an incident at a social services office.

The boy’s mother, Jazmine Headley, had sat on the floor of the Supplemental Nutrition Assistance Program office in Brooklyn because there were no available chairs, and another person called police after the 23-year-old mother argued with a security guard, reported the New York Post.

Another woman, Nyashia Ferguson, began recording video of the incident, and it begins with Headley lying on the floor and cradling her son as four officers — three of them women — surround her and her baby.

"They’re hurting my son! They’re hurting my son!” Headley shouts. One of the female officers then yanks the child from his mother’s arms, and then she waves as stun gun at onlookers — including several children. Department guidelines limit stun gun use to only people who are physically resisting being taken into custody, people who verbally state they will not be taken into custody, or people who are posing a danger to themselves or others.

The police department called the Friday incident “troubling,” and said officers had responded to a 911 call for harassment after security guards said Headley refused to leave.

Police said Headley had refused to leave and was endangering her child, who was later placed in the care of a relative.

Headley was charged with resisting arrest, acting in a manner injurious to a child, obstructing governmental administration and trespassing, and she remained in jail Sunday at Rikers Island, where she is being held without bond.

Police are investigating the incident, and all the officers involved remain on full-duty status.

Ferguson, who recorded the incident and posted video on social media, said police made the situation worse and said the officer who waved the stun gun had forced Headley to the ground.

“They’re always rude,” Ferguson told the New York Times. “They think that people that are poor don’t have nothing, so you can treat them any kind of way.

Ferguson said the young mother had been sitting on the floor for two hours as she waited for assistance in the crowded office, and she said security guards taunted Headley after she complained about the wait.

Being poor is not a crime,” said Letitia James, the city’s city’s public advocate and state’s attorney general-elect. “No mother should have to experience the trauma and humiliation we all witnessed in this video.