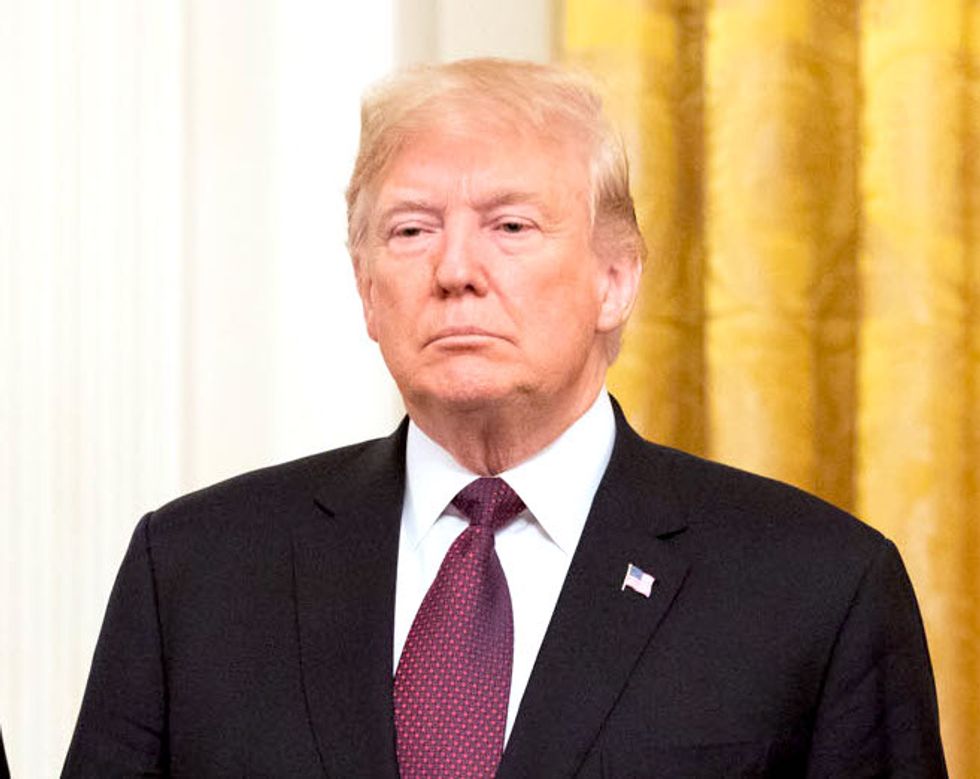 On Tuesday, NBC News published a piece of commentary arguing that President Donald Trump's behavior so far over the past several days is "toned-down" and "presidential":

That's been especially evident since he departed Washington for the G-20 summit in Buenos Aires last week, where he gave a public cold shoulder to Russian President Vladimir Putin and Saudi Crown Prince Mohammad bin Salman, signed a trade deal with Mexico and Canada, canceled a press conference so as not to distract from the mourning of President George H.W. Bush and pulled back from his trade war with China.

Articles like this reveal the absurdly low bar the mainstream media has set for Trump before claiming he had a good week. Essentially, if all he does is occupy space and do boilerplate things that are part of a president's job description or — in the case of not disrupting George H. W. Bush's funeral — basic human decency, he receives praise and speculation that he may be turning over a new leaf. Never mind that some of these so-called "presidential" high points are already collapsing, with the Dow dropping over 800 points amid revelations Trump did not, in fact, pause the trade war.

In no time, social media was flooded with mockery and consternation at NBC's narrative:

This week @realDonaldTrump is tampering with witnesses to cover up his conspiracy with Russia and @NBCNews just put… https://t.co/Z7GBnbyltx
— Ryan Knight 🌹 (@Ryan Knight 🌹)1543966073.0

#Trump pulls himself together to not be an abscess on humanity for a few days and now he’s “toned down”? Can we get real please?
— Justin Moore (@Justin Moore)1543971555.0