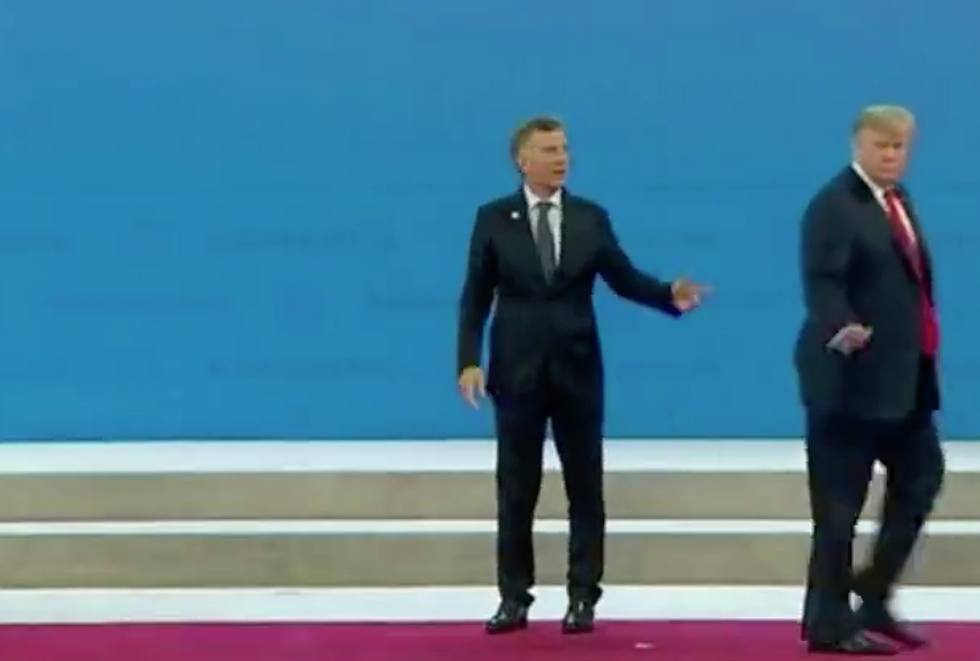 MSNBC’s “Morning Joe,” hosted by NeverTrump conservative Joe Scarborough and liberal Mika Brzezinski, had a good laugh at the expense of President Donald Trump this morning—and used the Allman Brothers’ “Ramblin’ Man” in the process.

“Morning Joe” assembled a collection of clips of the president leaving important events prematurely, with the Allman Brothers’ 1973 country-rock hit playing all the while. One of the clips shows Trump on March 31, 2017; Trump wanders away from an event before he’s supposed to, and Vice President Mike Pence briefly speaks to him as he is exiting.

Other 2017 clips in the montage are from May 22, 2017, July 3, 2017 and October 12, 2017. The most recent clip shown is from Friday, November 30, when Trump was in Buenos Aires, Argentina for the G20 summit—and the 2018 clip, like the ones from 2017, all depict the president leaving events when he should be staying longer. The recurring theme is that Trump has a painfully short attention span.

Although the collection of clips lasts less than a minute, “Morning Joe” got its point across—and then some.

Watch the clip below, via MSNBC: