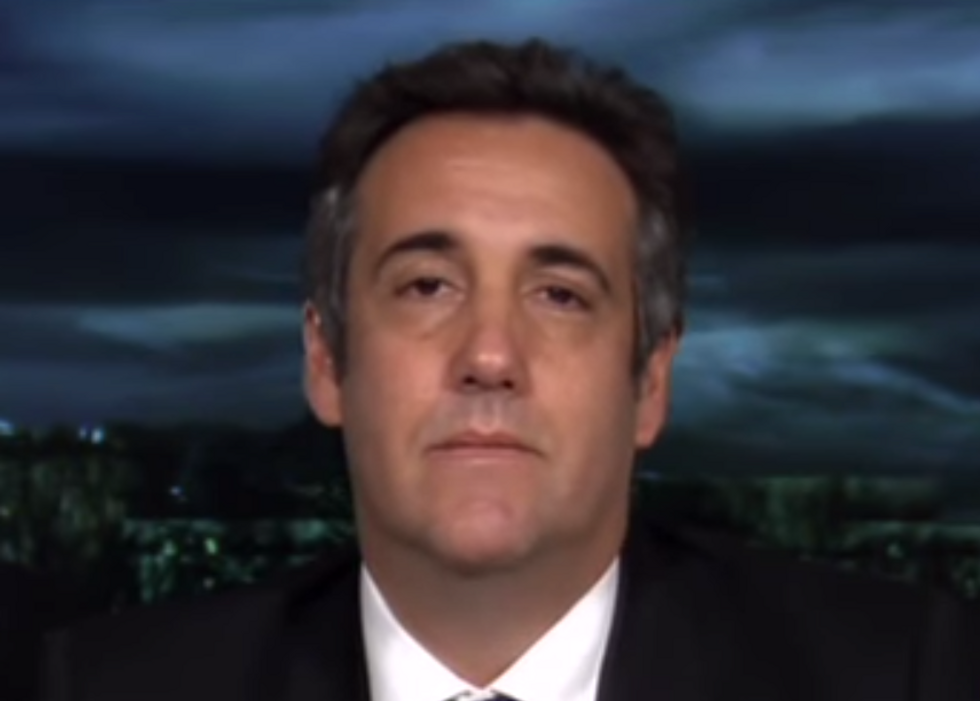 In a much-anticipated sentencing memo on the crimes of President Donald Trump's former lawyer Michael Cohen, prosecutors from the Southern District of New York confirmed the stunning revelation first made during Cohen's plea: Trump directed him to violate federal campaign finance laws.

Cohen admitted during his plea that his involvement in the hush money payments to two women who say they had affairs with Trump violated the law.

"In particular, and as Cohen himself has now admitted, with respect to both payments, he acted in coordination with and at the direction of Individual-1," the memo explained. "Individual-1" refers to Trump.

Prosecutors recommended a minor reduction in prison sentence for Cohen in a lengthy sentencing document, despite noting his cooperation with investigators — including Special Counsel Robert Mueller.

The memo recommends he serve somewhere on the below the sentencing guidelines for his crimes, which is between 51 and 63 months, Natasha Bertrand reported.

Cohen, an attorney and businessman, committed four distinct federal crimes over a period of several years. He was motivated to do so by personal greed, and repeatedly used his power and influence for deceptive ends. Now he seeks extraordinary leniency – a sentence of no jail time – based principally on his rose-colored view of the seriousness of the crimes; his claims to a sympathetic personal history; and his provision of certain information to law enforcement. But the crimes committed by Cohen were more serious than his submission allows and were marked by a pattern of deception that permeated his professional life (and was evidently hidden from the friends and family members who wrote on his behalf).

However, Cohen did catch a break with Mueller, who filed a memo as well. Despite that charging Cohen for lying to Congress about the Trump Tower Moscow deal, and despite the fact that Cohen initially lied about the deal to the special counsel, Mueller did not recommend any additional prison time on top of what Cohen will receive from SDNY.