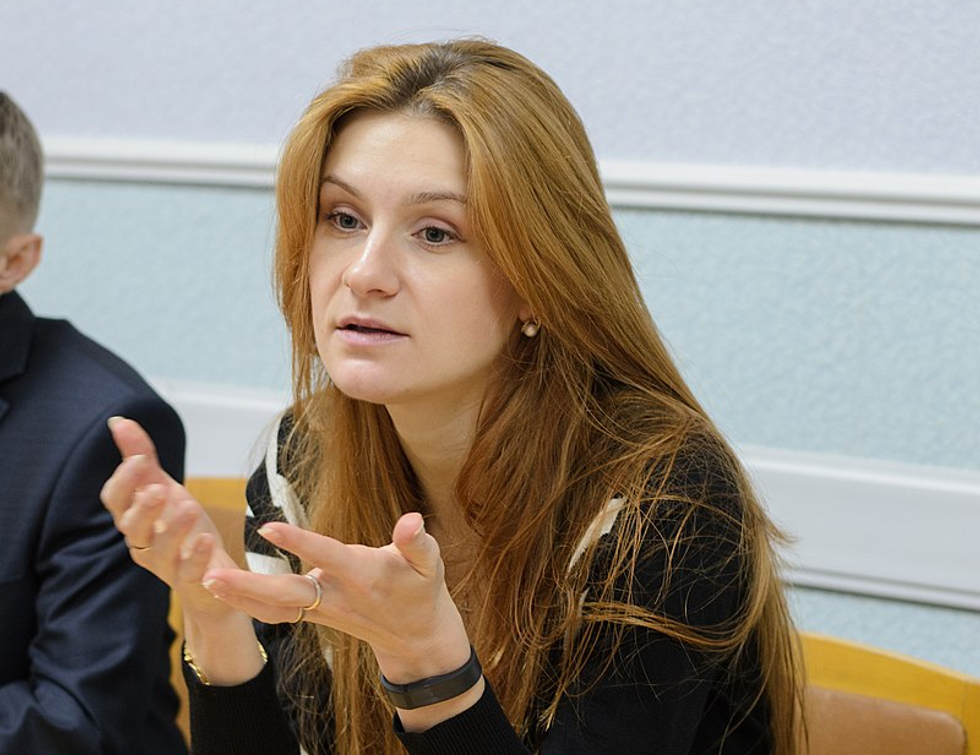 Maria Butina, the Russian gun rights activist who was arrested earlier this year amid questions about her attempts to influence U.S. politics on Moscow's behalf, has changed her plea to guilty on charges of conspiracy, according to a new report from ABC News.

Butina, who has been dating longtime GOP strategist Paul Erickson, is the founder of the Russian organization "Right to Bear Arms." She has long been suspected of trying to influence the National Rifle Association and draw together American and Russian gun rights groups. But according to ABC News, the latest revelations out of her plea deal obtained by the outlet reveal new details about this influence operation:

Butina was arrested in July and accused of ensnaring Erickson in a "duplicitous relationship," using him for cover and connections as she developed an influence operation designed to “advance the agenda of the Russian Federation.” She pleaded not guilty to charges of conspiracy and failure to register as a foreign agent.

But now, according to the agreement, Butina has acknowledged that with U.S. Person 1's assistance, she drafted a proposal called "Description of the Diplomacy Project" in March of 2015 which was later sent to the Russian Official, in which she said that she had already "laid the groundwork for an unofficial channel of communication with the next U.S. administration" and requested $125,000 from a Russian billionaire to attend conferences and meetings to further develop those ties. The Russian Official, the agreement said, confirmed that her proposal would be at least partially supported.

The government has alleged that U.S. Person 1 "worked with Butina to arrange introductions to U.S. persons having influence in American politics," including high-ranking members of the National Rifle Association and organizers of the National Prayer Breakfast, that would ultimately give her a surprising level of access to conservative politicians, including — in one memorable interaction captured on video — to then-candidate Donald Trump.

"U.S. Person 1" is speculated to be Erickson, who is also facing investigation by the U.S. Attorney for the District of Columbia, for acting as an unregistered Russian agent.

It is hardly a surprise at this point that Trump would be close to Russian influence agents. But this information suggests that the plan, at least from Butina's perspective, went deeper than Trump. The revelation that Butina was not only close to major GOP-aligned interest groups, but also attempted to establish a future backchannel between Russian oligarchs and a future U.S. presidency before Trump had even won the GOP nomination, is stunning. And it raises questions about how much knowledge the NRA and conservative politicians had of what was going on.

The public deserves answers on how deep Butina's operation went.