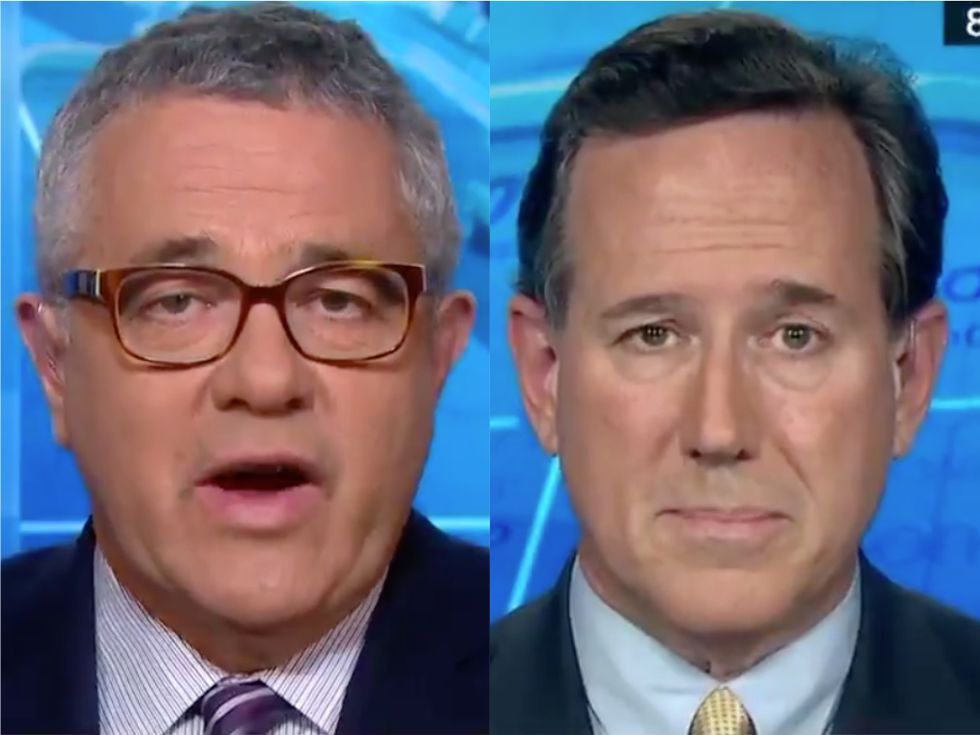 In the wake of the credible evidence that President Donald Trump violated campaign finance laws by having associates pay hush money to women who say they had affairs with him and covering it up, Republicans are struggling to find a serious line of defense.

On "Anderson Cooper 360" Thursday night, conservative Christian contributor Rick Santorum, most famous for his presidential runs and his bigoted attitude toward gay people, tried to downplay the issue. He argued that, despite the lawyers of Trump's former fixer Michael Cohen, prosecutors in the Southern District of New York, and the judge who oversaw the case all agreeing that there was a serious crime at issue in the payoffs, Santorum tried to argue that nothing illegal happened.

"To me, the most damaging thing is that the president hasn't come clean over the course of time," he said.

Legal analyst Jeffrey Toobin jumped on this remark, pointing out the hypocrisy of Santorum's effort to diminish the issue in light of his public portrayal of himself as a devout and righteous Christian.

"Isn't the reason he's lying because he did something bad in the first place?" asked Toobin.