'The president is a crook': Legal experts tear into Trump as he lies and says new court filings 'clear' him 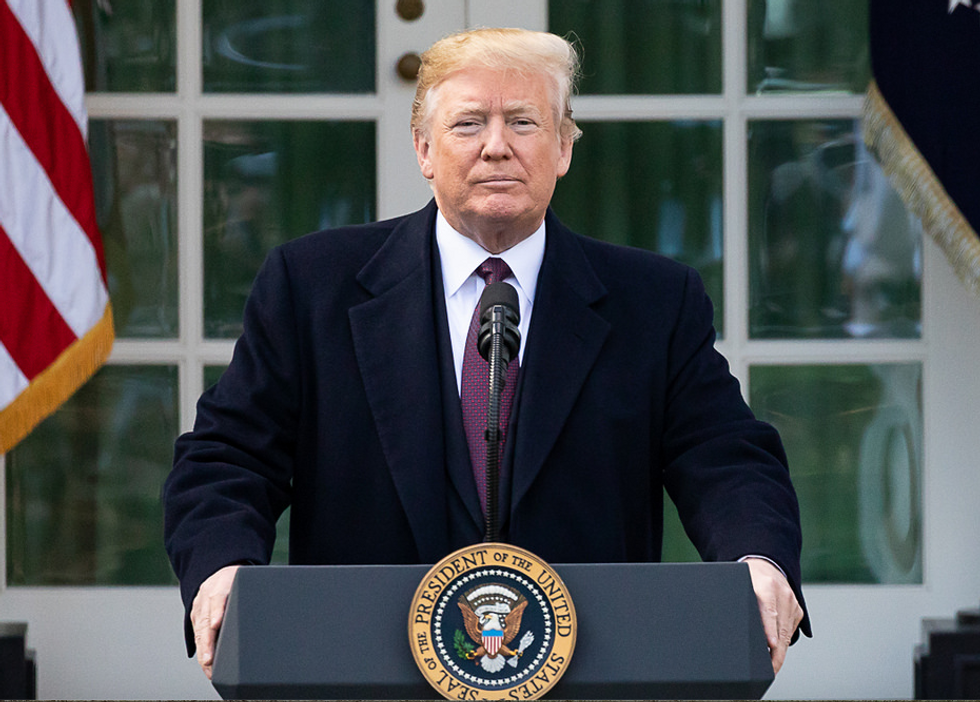 In response to the two court filings made by federal prosecutors against Michael Cohen on Friday, President Donald Trump took to the internet.

And this time, unlike his early morning outburst in which the president seemed to be on the verge of panic, Trump confidently proclaimed that the new filings mean he is proven innocent and home free.

Only one problem: he isn't.

Trump's seeming conviction that he has been "cleared" was not shared by legal experts, who broadly agreed the memos pose serious problems for him:

Except that that is absolutely not the case. Totally implicates the President. Thank you! https://t.co/gKFC4zqi4G
— Mimi Rocah (@Mimi Rocah)1544225221.0

Notice how Mueller nails Cohen for repeatedly lying to THE PUBLIC as relevant to seriousness of offense (and using… https://t.co/usCdyYrkF9
— Ryan Goodman (@Ryan Goodman)1544221216.0

Except for that little part where the US Attorney’s Office says that you directed and coordinated with Cohen to com… https://t.co/NuhmzrSiMR
— George Conway (@George Conway)1544228109.0

The president and his lawyer violated campaign finance laws to influence the outcome of the election while his camp… https://t.co/Ztam3b99ej
— Matthew Miller (@Matthew Miller)1544226015.0

It would behoove Trump to discuss the implications of these filings with attorneys before blurting out on Twitter that they "clear" him. If he had, he would have been told something very different.