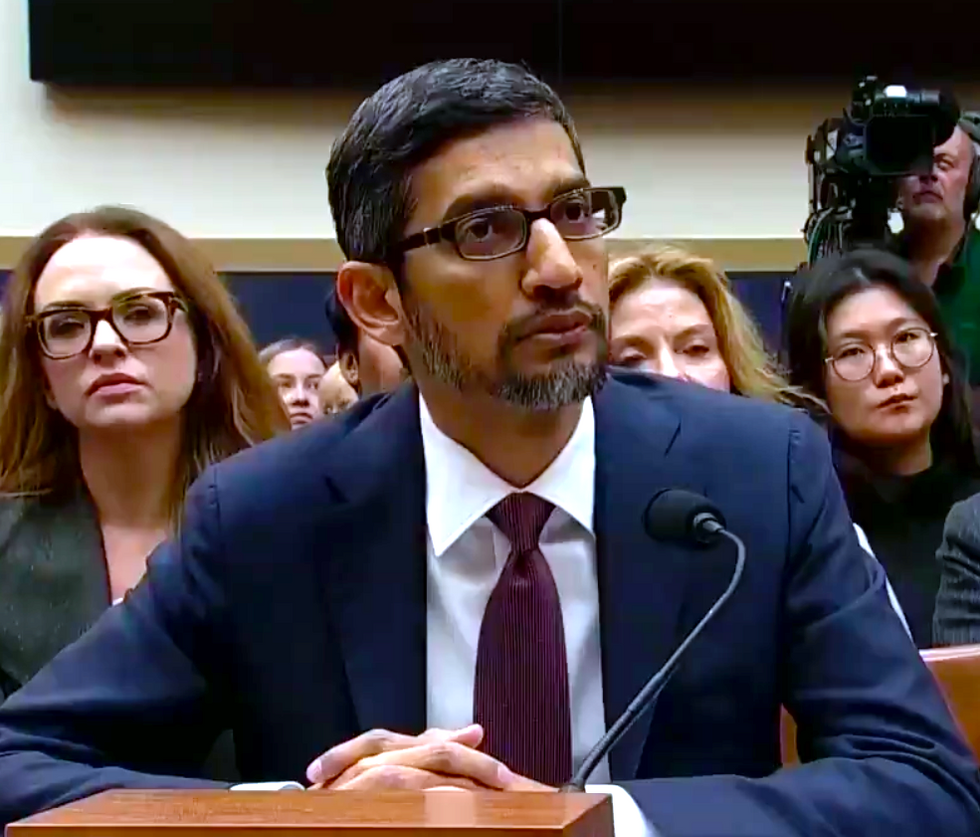 Cybersecurity, online privacy, and the role of massive internet companies in our lives are key issues the government will have to tackle in the years to come. But if Tuesday's congressional hearing with Google CEO Sundar Pichai is any indication, the prospect for future progress on these pressing topics is not bright.

At the hearing, instead of focusing on key issues like abuse of consumer data or the ever-increasing risks of internet-based crimes and warfare, many members of Congress revealed their complete lack of understanding of the industry they are supposedly overseeing and their petty focus on the imagined "bias" against right-wing viewpoints.

Perhaps the most ridiculous example of this phenomenon was when racist Rep. Steve King (R-IA) complained that his daughter saw a negative ad about him on her iPhone.

"How does that show up on a 7-year-old's iPhone who's playing a kids' game?" King asked.

"Congressman, iPhone is made by a different company," Pichai said, to devastating effect.

King tried to recover, saying the phone might have been an Android, but he had already humiliated himself. He had no details about what he was talking about and had no reason to think the CEO of Google was the person he should be directing his question to. It's also not clear why there's a problem in the scenario described at all — a 7-year-old might be playing a game that adults can also enjoy that could feature political ads.

Rep. Steve Chabot (R-OH), for example, complained that it was hard to find positive news reports about the GOP's failed Obamacare replacement bill in 2017. Pichai noted that this is hardly evidence of Google's personal biases, as negative news about Google executives, too, often shows up in search results.

But Chabot also didn't seem to consider the fact that the reason so many of the results were negative was that the bill itself was widely panned — even by many conservatives. And the piece of information that he was particularly irritated to see ubiquitously reported — that the law would cause millions of people to lose their health insurance — was simply the most salient fact to come out of the Congressional Budget Office's own analysis of the bill.

In an even more blatantly tech-illiterate demonstration, Rep. Lamar Smith (R-TX) asked whether anyone had ever been punished for manipulating Google Search results, Pichai responded that such manipulation was impossible. Smith baselessly responded that he believes that, in fact, it is possible.