'But I don't care': This Republican senator just openly admitted that he thinks Trump should be above the law 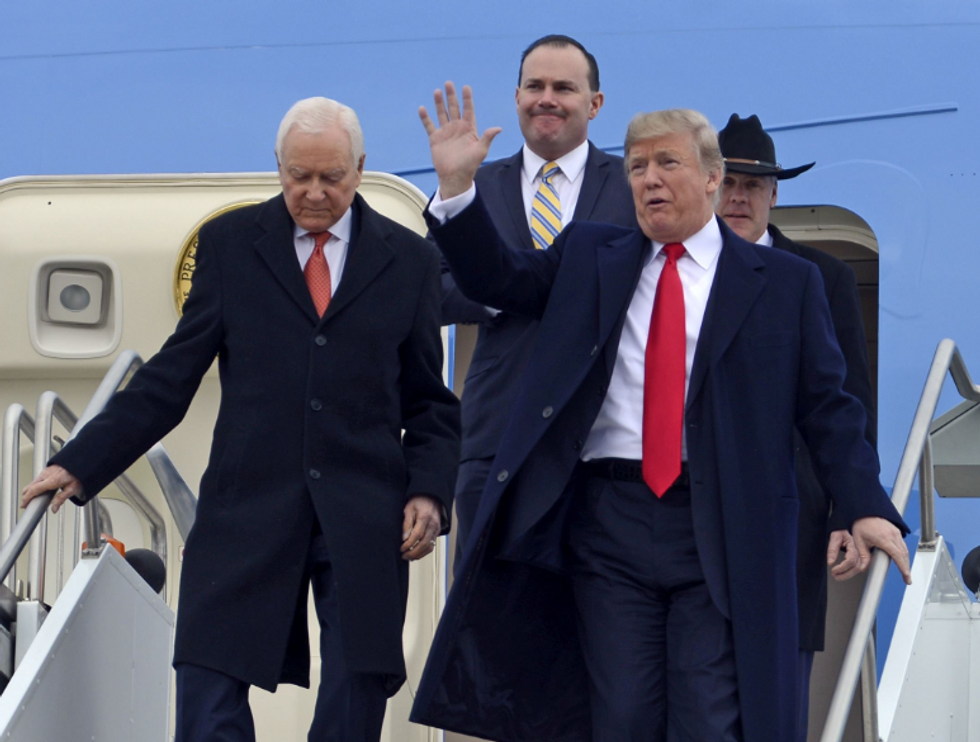 Evidence of President Donald Trump's wrongdoing is piling up, but Republicans — who still wield significant power in Washington, D.C., despite their dismal showing in the midterm elections — are content to keep their heads buried in the sand.

While nearly all Republicans are guilty of this to some extent, few have been as explicit about it as Sen. Orrin Hatch (R-UT) was on Monday. Speaking with CNN's Manu Raju, Hatch made clear he believes Trump should be above the law.

With these claims, Hatch is essentially elevating the Trump beyond legal constraints.

Some Trump officials have argued, for example, that he doesn't have to answer any questions about conduct in the White House because of executive privilege. Now, going beyond even that claim, Hatch said we shouldn't be "trying to drum up things from the past that may or may not be true."

But examining what happened in the past and whether criminal allegations are true is exactly what law enforcement is all about. Hatch just doesn't think this should apply to Trump.

And of course, the behavior in question concerns whether Trump undertook a criminal conspiracy to subvert election laws — thereby gaining the presidency. It's absurd to suggest that no one should be examining credible claims that Trump achieved his current position by defrauding the United States and breaking the law. If Vice President Mike Pence shot and killed Trump in order to ascend to the presidency, no one would argue that this would be irrelevant to the question of whether he should get to occupy the White House.

It's clear, of course, that Hatch wouldn't be making these claims if Trump were a Democratic president. Recently, Sen. Lindsey Graham brazenly admitted that he isn't interested in investigating what appears to be serious corruption in the administration, even though he would if it were run by Democrats.

Amazingly, Hatch doesn't just declare that he doesn't think the allegations are true — which is a dubious claim on its face, since he has no privileged knowledge that prosecutors lack. He's saying he doesn't care if it's true.

At least, unlike some other Republicans, he's candid enough to admit that.