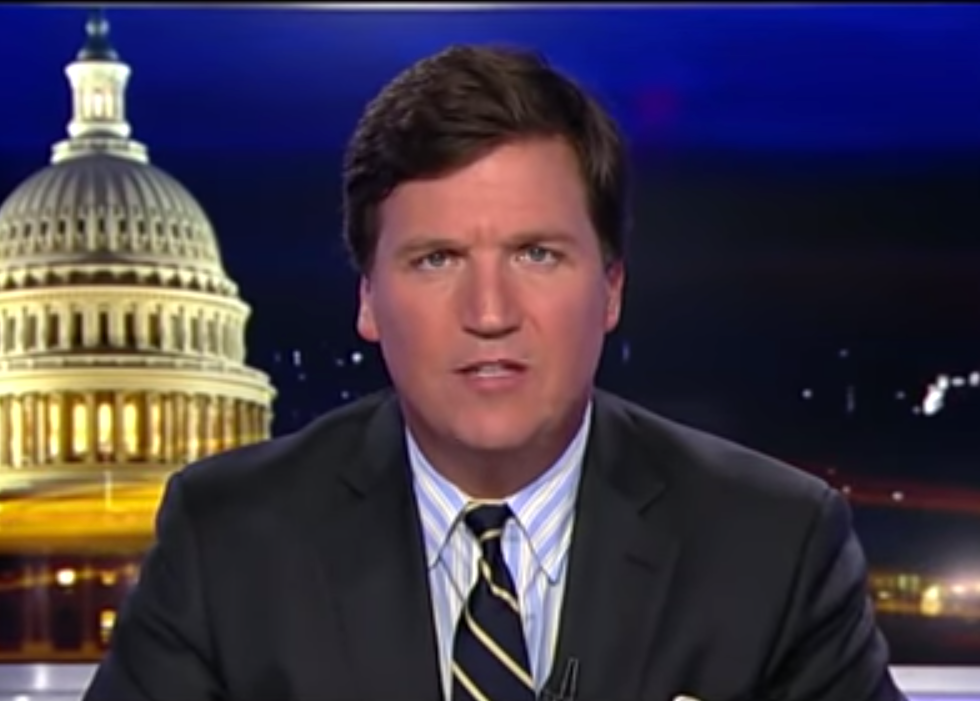 Reading the headlines this past fall, one might get the impression that the alt-right — a conglomeration of white supremacists, conspiracy theorists and other fringe provocateurs — is falling apart after a couple of years of riding high on the campaign and election of Donald Trump.

Milo Yiannopoulos, whose race-baiting and overt misogyny made him seem like a rising right-wing star early in 2017, was recently revealed to be at least $2 million in debt. Conspiracy theorist Alex Jones, who has been banned from major media platforms like YouTube and Facebook, has seen the audience for his Infowars network cut in half. The "Western chauvinist" group the Proud Boys has imploded after a number of them were arrested for beating up anti-fascist protesters at an event in New York. Far-right activist Laura Loomer is so desperate for relevance after being banned from Twitter that she chained herself to the company's front door in protest.

Now, more than a year after white supremacists started a race riot to defend Confederate monuments in Charlottesville, Virginia, white supremacist James Alex Fields is on trial for running his car into a group of counter-protesters, killing one woman and injuring more than two dozen others, some so badly they are still suffering the consequences. The trial isn't going well for Fields, who has sat stone-faced in court while the prosecution provides text and audio evidence demonstrating his lack of remorse.

But while it's no doubt satisfying to see this alt-right rogues' gallery get their just desserts, the sad fact of the matter is that the movement has been remarkably successful at mainstreaming their ideas. The overt racism and proto-fascist rhetorical strategies of the alt-right are now being broadcast on the regular from the standard-bearers of conservative media, especially Fox News.

During the Fields trial on Tuesday, the prosecution played a tape of Fields, talking by cell phone from jail, justifying his murderous actions to his mother by falsely claiming the Charlottesville counter-protesters "were waving the ISIS flag" and that "they support them." Fields, along with the other white nationalists who had rioted that day, had come to Virginia in order to protest the removal of Confederate monuments, and he described his political opponents as "anti-white supremacists."

That same night, Laura Ingraham made a strikingly similar argument on her Fox News show, accusing those who wish to remove monuments that celebrate the Confederacy's treasonous war in defense of slavery of having "the destructive mindset of, let's say, ISIS." She compared the statues, which were largely erected in the 20th century as a way to threaten the burgeoning civil rights movement, to "irreplaceable historical and religious monuments" such as the 1,900 year-old Temple of Baalshamin in Syria.

The night before the deadly race riot in Charlottesville in August 2017, white nationalists marched on the University of Virginia campus with torches, chanting, "You will not replace us." The chant was a reference to the popular "white genocide" theory of white nationalists, who claim to believe that immigration and racial integration are attempts to wipe out and replace white people with people of color.

On Tuesday, Tucker Carlson made a version of this argument on Fox News, saying "We are not reproducing ourselves," and that a nefarious "elite" — bluntly described as Jewish in white nationalist literature, but left purposely vague by Carlson — simply plan to "import new children."

"It's like, shut up, you're dying, we're gonna replace you," Carlson complained, using virtually the same language as the neo-Nazi chant from last year.

As I argued in Salon on Thursday, a lot of this provocative hinting at white nationalism on Fox News is likely about distracting the channel's viewers from emerging evidence that Trump may have committed crimes in an effort to win the 2016 election. But this is also part of long-standing trend on Fox News, where hosts like Ingraham and Carlson have gradually introduced more and more white-nationalist ideas into their news programs, and gently pushed their audiences toward accepting ever more radical beliefs.

Similar things have happened when it comes to other fringe ideas coming from alt-right figures. It used to be out of bounds for mainstream conservatives to rant, as Jones did daily on Infowars, about elaborate but mythical conspiracies against them. Now, however, it's become so common for Republican politicians to complain about the nefarious "deep state" that it barely makes the news anymore.

The loosely organized alt-right coalition online has also spent the past several years using "jokes" to flirt with fascism. In particular, these groups have embraced winking references to "helicopter rides," a fond reference to the way Chilean dictator Augusto Pinochet murdered socialists and other left-wing political opponents by throwing them out of helicopters. Former CNN contributor and conservative pundit Erick Erickson took to Twitter last month to champion Pinochet's legacy, adding that he was "hoping for some helicopters in this plan."

When he faced backlash for this, Erickson used the same strategy the 8chan crowd does when called out, by playing it off as a joke, saying "everybody breathe" and "I'm not actually fully on board with my own idea." Whatever rhetorical games he plays, however, the fact remains that Erickson has grabbed a fringe meme celebrating a murderous right-wing dictator and tried to push it into the mainstream.

One could actually arguable that the most visible figures on the far right, from overt white nationalists to conspiracy theorists like Jones and provocateurs like Yiannopoulos, are victims of their own success. A couple of years ago, audiences who wanted to hear their ideas and funders who want to elevate those ideas, such as the billionaires Robert and Rebekah Mercer, needed to turn to marginal characters like those guys. Jones or Yiannopoulos. But folks on the cultural and political fringe are notorious loose cannons, whose unpredictable behavior frequently backfires on them. Dealing with that was a price some were willing to pay when it was the only way to broadcast some of the most noxious ideologies.

That's no longer necessary. Now white nationalist ideas are being broadcast on Fox News and mainstream right wing figures like Erickson are making "jokes" about reviving Pinochet-style fascist death squads. The more wacky and unreliable alt-righters — who do babble nonsense during congressional hearings or whip their shirts off on video — are now expendable.

In the past few months, there's been a noticeable drop-off in the willingness of Republican politicians and mainstream conservative outlets to defend the far right with disingenuous posturing about "free speech." Yiannopoulos is being left to drown in debt, and when Alex Jones showed up at a congressional hearing in September, Sen. Marco Rubio pretended not to know who he was.

So while it's fun watching once-emboldened alt-right figures fall out of favor, know that it's happening for the worst possible reason. Their fears of being replaced were justified, as it turned out. They were just wrong about who would do it.