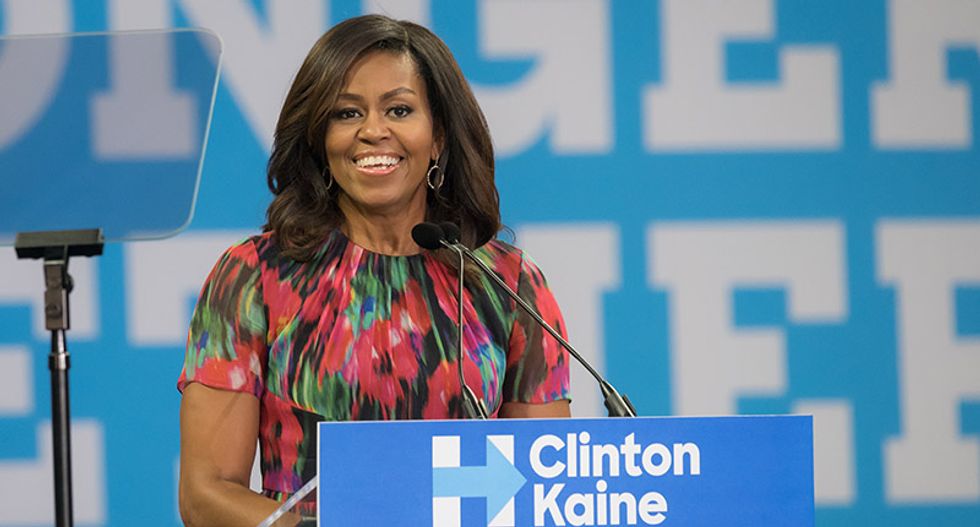 The title of "Most Admired Woman of 2018" went to none other than former First Lady Michelle Obama. The announcement was made Thursday.

According to Gallup, this marks the first time in 17 years that someone other than Hillary Clinton was at the top of the list. As for the most admired man, former President Barack Obama won for the 11th year in a row.

Gallup's annual survey, conducted Dec. 3-12 this year, asks Americans, in an open-ended question, to name the man and woman living anywhere in the world today whom they admire most. Gallup first asked the question in 1946 and has done so every year since, except 1976.

Oprah Winfrey appeared on the list for the 31st time and Hillary Clinton for the 27th time. While Winfrey has never finished first, she has been second on 14 occasions. Clinton, on the other hand, has finished first 22 times - more than any other man or woman.

Gallup attributes the switch at the top of the women’s list to the fact that Clinton “more fully retreated to private life after a long career as first lady, U.S. senator, secretary of state and two-time presidential candidate.”

Michelle Obama is currently touring the U.S. to promote her best-selling autobiography, “Becoming,” putting her back in the spotlight despite the fact that her role as first lady is over.

Two men were noticeably absent on the 2018 male list: Sen. John McCain and the Rev. Billy Graham. Both died in 2018.

Read more of the results here.