'He's acting like a nut': Trump aides are reportedly alarmed at his actions as the president plans a purge of White House staff 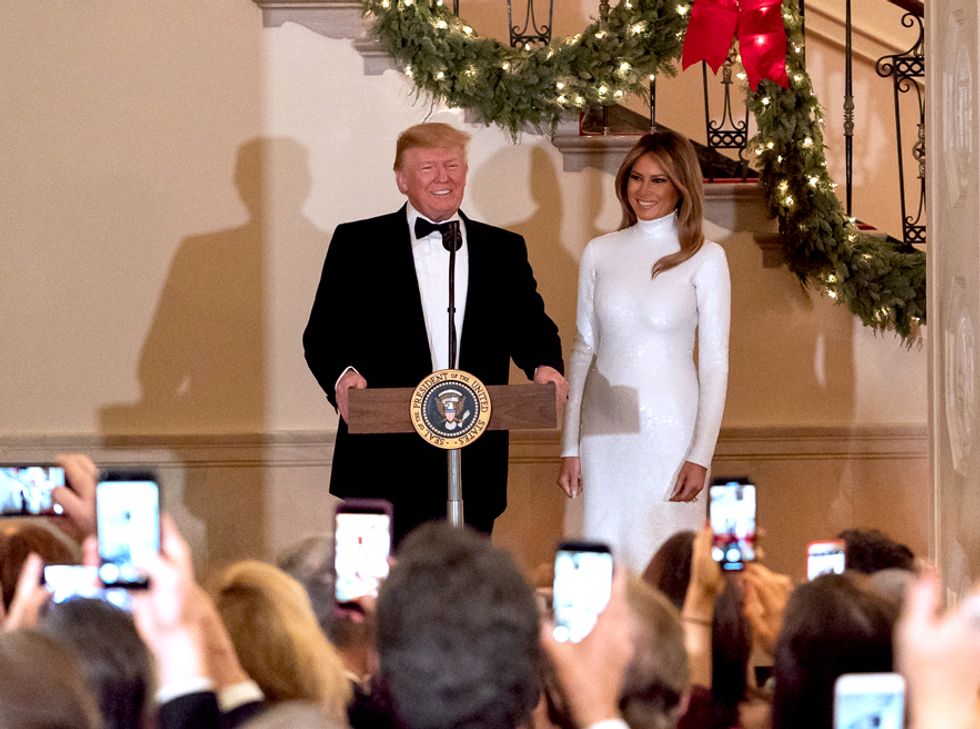 With 2018 winding down, President Donald Trump is getting ready to face a House of Representatives that will be much more Democratic. But the Capitol Building isn’t the only place in Washington, DC that is in a restless state: there is pre-2019 chaos in the White House as well—and a new Vanity Fair article by Gabriel Sherman describes some of the chaos at 1600 Pennsylvania Avenue.

For his article, Sherman interviewed some Republicans and a former Trump Administration official—all of them quoted anonymously. And according to Sherman’s sources, everything from the search for a new chief of staff to Special Counsel Robert Mueller’s Russia investigation has the president on edge.

A former Administration official told Sherman that “the staff is fed up” with Trump because “he’s acting like a nut. They can’t get him to stop tweeting.”

One of the things that has Trump agitated is his search for a replacement for Chief of Staff John Kelly. Sherman mentions that Citizens United’s David Bossie was an option, but one of the problems with Bossie was his alliances with Corey Lewandowski and Steve Bannon—neither of whom get along with Trump’s son in law, Jared Kushner. And eventually, Sherman says, Kushner recommended Budget Director Mick Mulvaney for the position, who has been given the job on an "acting" basis.

Trump’s allies, according to Sherman, are pushing him to get Kelly to sign a nondisclosure agreement. “People are worried that Kelly will be out there dropping bombs,” one of Sherman’s anonymous sources is quoted as saying.

Sherman also reports that “West Wing officials anticipate more departures—and worry that filling the jobs may be difficult.” This in part because Trump reportedly wants to fire all the Kelly loyalists remaining the White House. Deputy Chief of Staff Zach Fuentes and John DeStefano, counselor to Trump, “are likely to leave,” Sherman reports.

According to the report, some Trump allies believe that Donald Trump Jr. may be a "secret witness" at issue in the Mueller probe, but a spokesperson for the president's eldest son did not respond to a request for comment.