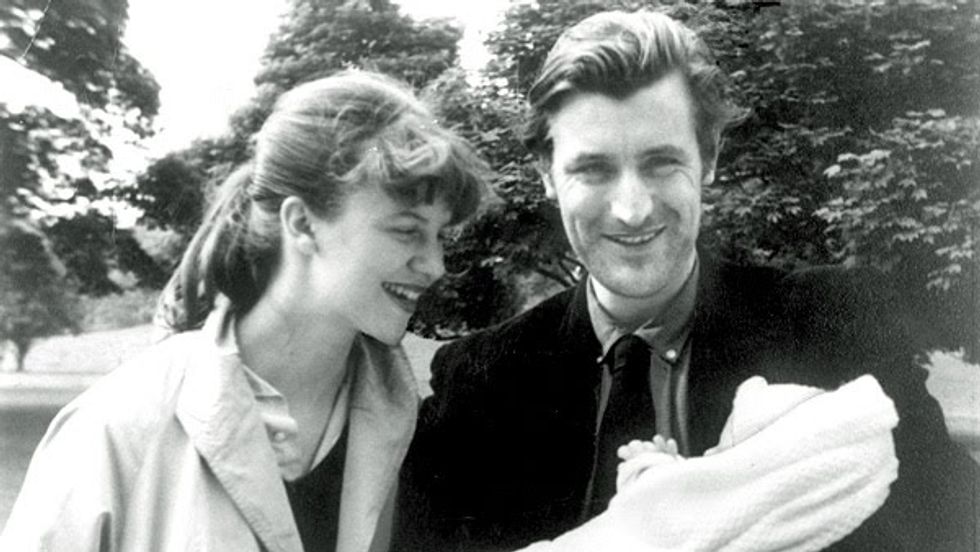 As a rare books curator, I get to interact with first editions of novels I love, illustrated versions of my favorite poets’ works, and lavish editions of historical engravings.

In 2015, I started using the University of South Carolina’s first edition of “Lyrical Ballads” in my survey of British literature courses. Written by William Wordsworth and Samuel Taylor Coleridge, this collection of poems is commonly thought to have launched British Romanticism.

I would bring the volume to class to discuss its visual appearance as a printed text. But each time I shared the volume with a new group of students, we found ourselves drawn to the comments written in the book’s margins by its early owner, John Peace.

Peace was, I learned, an acquaintance of Wordsworth. And some of his comments in the margins of one of the volume’s most well-known poems, “Tintern Abbey,” explore the poem’s themes of memory, place and return.In this poem, Wordsworth describes his return to the Wye River valley after an absence of five years. He also recalls his memories of his first visit to the valley and looks forward to the memories this second visit will create.

“In this moment,” he writes, “there is life and food / For future years.”

When Peace responds to these lines, he describes a different kind of experience – visiting the poet in his home – in a similar way: “So thought I when my foot first step’t upon his threshold, and so have I found.”

It is a singular piece of literary history, and it’s one example of how the study of words written in the margins of historic texts – called “marginalia” – can illuminate the history of reading in new ways.

As prominent book historian Roger Chartier has noted, marginalia can reconstruct past reading experiences through the “sparse and multiple traces” ordinary readers left behind.

One particularly vivid example that is far from ordinary is Sylvia Plath’s copy of “The Great Gatsby.”

Acquired by the University of South Carolina in 1994 from a former professor, the Matthew J. & Arlyn Bruccoli Collection of F. Scott Fitzgerald includes Fitzgerald’s personal ledger, a flask from his wife Zelda, and early drafts of his works.

It also includes an inexpensive 1949 edition of “The Great Gatsby.” Compared to other items in this collection, it might not seem like anything special.

But the book’s owner – and the words she wrote in its margins – are quite noteworthy.

The bookplate identifies Sylvia Plath as the owner of this copy, which she most likely read as an undergraduate at Smith College. Some marginal comments were probably notes she took during lectures about the novel. But others show the way Fitzgerald’s novel sparked her imagination and inspired her own work.

She wrote on almost every page, underlining passages in black and blue ink, drawing stars beside her favorites and occasionally writing notes – some quite arresting – in the margins.

Plath wrote “L'Ennui” – a French word that describes a feeling of listlessness and boredom – next to a description of the character Daisy’s world-weary view of life: “I’ve been everywhere and seen everything and done everything.” “L'Ennui” would become the title of a poem Plath is thought to have written shortly after reading this novel.

Other notes are, in the context of Plath’s painful life and tragic suicide, haunting.

She writes that Daisy shows a “desire for a secure future” – a longing that seems to have struck a chord for Plath.

On another page, she hints at masculine aggression when she comments, as Gatsby watches the Buchanans from outside their home, “knight waiting outside – dragon goes to bed with the princess.” This was a motif that would reappear in her own life: In her recently published letters, Plath details the physical and emotional abuse her husband, the poet Ted Hughes, inflicted upon her in the months before her death.

Sylvia Plath’s copy of “The Great Gatsby” speaks to the value of marginalia. As Makenzie Logue, a student of mine who is currently studying the volume, put it, preserving these notes means that you can “read The Great Gatsby with Sylvia Plath.”

At the University of Virginia, English professor Andrew Stauffer leads a team that has made a book’s annotations, inscriptions and insertions discoverable as part of UVA’s online library catalog. Any user will be able to find such markings through a simple online search.

At the University of California, Los Angeles, librarians are developing ways to discover marginalia digitally – and quickly – across large digital collections.

Using the methods developed at the University of Virginia, my colleague Michael Weisenburg and I have organized searches for historical markings in library books at the University of South Carolina. Student workers and library staff have enhanced records for annotated volumes in the school’s online catalog.

While digital technology has made marginalia more accessible, digital reading has made the actual habit of writing in books much less common.

What would Sylvia Plath and John Peace have done if they had a Kindle? Would they have still left traces of their reactions to the texts – so valuable to scholars today – behind?