Here's how a government shutdown would hurt the American economy 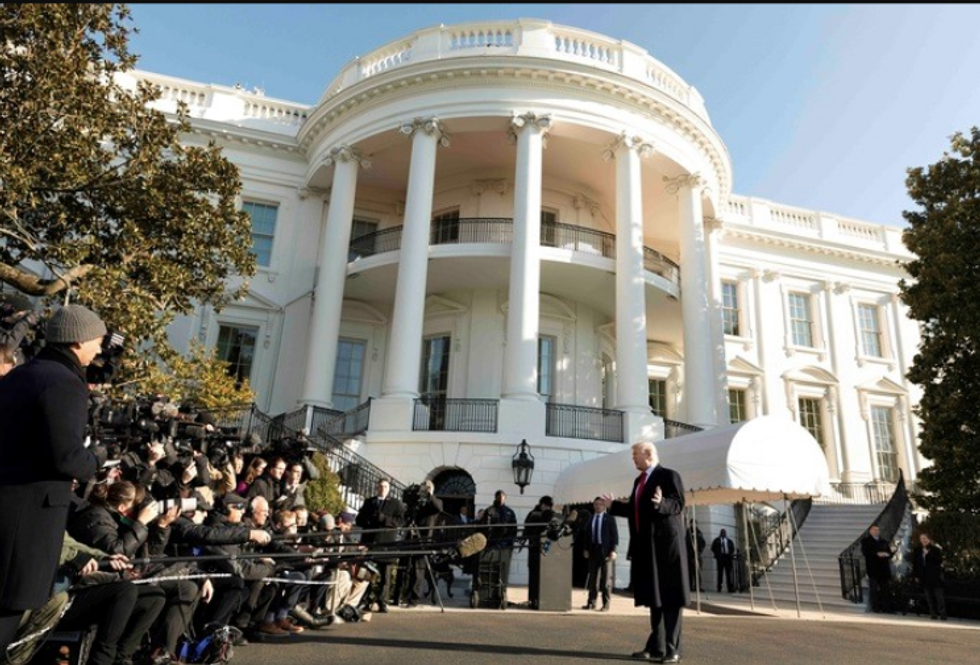 President Donald Trump and Congress are once again on the verge of a partial federal government shutdown. If they fail to reach an agreement, it would be the third shutdown in two years.

The immediate and most visible impact of a shutdown is in the government’s day-to-day operations. Some departments and offices, like the Internal Revenue Service, would be closed, and nonessential federal employees across the government would stay home.

But beyond the individual workers and families affected, could a short or lengthy shutdown affect the broader U.S. economy as well?

Constantine Yannelis, a business professor at New York University, and I examined data from the 2013 government shutdown to better understand its impact.

Since consumer spending makes up about 70 percent of economic activity in the United States, withholding pay from even some government workers could introduce a significant economic speed bump in the short run.

Similar to the situation today, a partisan standoff in Congress led to a partial shutdown of the government that lasted a little over two weeks beginning on Oct. 1 of that year.

Well over a million federal employees were affected and didn’t receive a paycheck during the shutdown. Some were furloughed – sent home and told not to do anything related to their job. Those deemed “essential” or “exempted” – such as security personnel screening passengers at airports or border patrol agents – were required to continue working at their jobs, although they were not receiving paychecks. The government eventually paid both groups the money owed them, regardless of whether they worked, after Democrats and Republicans reached an agreement on Oct. 16.

My colleague Yannelis and I sought to understand how households responded by tracking how they behaved in the days leading up to, during and following the shutdown using detailed financial data.

We obtained this anonymized data from a personal finance website where people track their income, expenses, savings and debt. Using the paycheck transaction descriptions, we identified over 60,000 households that contained employees of federal agencies affected by the shutdown. These affected employees included both those who were asked to work without pay and those who were furloughed.

As a comparison group, we also identified over 90,000 households with a member who worked for a state government. That would likely mean they have fairly similar levels of education, experience and financial security, yet their paychecks were unaffected by the shutdown.

First, we found that the shutdown led to an immediate decline in average household spending of almost 10 percent. Surprisingly, despite the fact that most federal workers have stable jobs and income sources, they were quick to cut spending on pretty much everything, from restaurants to clothing to electronics, just days after their pay was delayed.

While households with less money in the bank cut their spending by larger amounts, even those with significant resources and easy access to credit reduced their expenditures.

Second, households with a member who was furloughed and required to stay home from work slashed their spending more dramatically – by 15 percent to 20 percent, or almost twice as much as the average of those affected. This larger decline reflected the fact that these households suddenly had a lot more time on their hands. Rather than going out to eat or paying for child care for example, they were able to spend more time cooking and watching their own children.

This behavior is what tends to spread the economic effects of a shutdown that affects a slice of the population to a wider group of businesses and individuals behind Washington, D.C. And in regions with substantial numbers of federal workers, these declines in spending can greatly hurt the health of the local economy in the short run.

Whether or not a shutdown has a longer-term economic impact depends on whether employees are paid their foregone wages after its conclusion – and how long the shutdown lasts.

In 2013, the government repaid even furloughed workers what they would have earned had the shutdown not happened.

This repayment, essentially increasing the size of their first post-shutdown paychecks, had significant and immediate effects on household spending. A sudden spike in spending occurred in the days after the paychecks were disbursed, largely erasing some of the most dramatic declines in spending during the previous two weeks.

The government has usually paid all its employees, “essential” or not, back pay after other past shutdowns, such as those in the 1990s. While Congress is legally required to pay federal employees who worked during the shutdown, there’s no law requiring the same treatment for nonessential workers.

In addition, the longer the shutdown lasts, the worse its impact. Households might deplete savings or hit their credit card limits as the impasse stretches day after day, giving them additional time to adjust their spending in ways that they could not do with only a few days’ notice. For instance, in 2013, bills for health insurance or tuition payments were largely unaffected. Had that shutdown persisted, households may have started to cut back here as well.

So if Congress refuses to offer furloughed workers back pay and the shutdown lasts weeks rather than days, the economic impact could be severe.

However, if a shutdown is resolved in a relatively short amount of time, with workers being paid back their regular income, the damage would likely be fairly contained.

This is an updated version of an article originally published on Jan. 19, 2018.