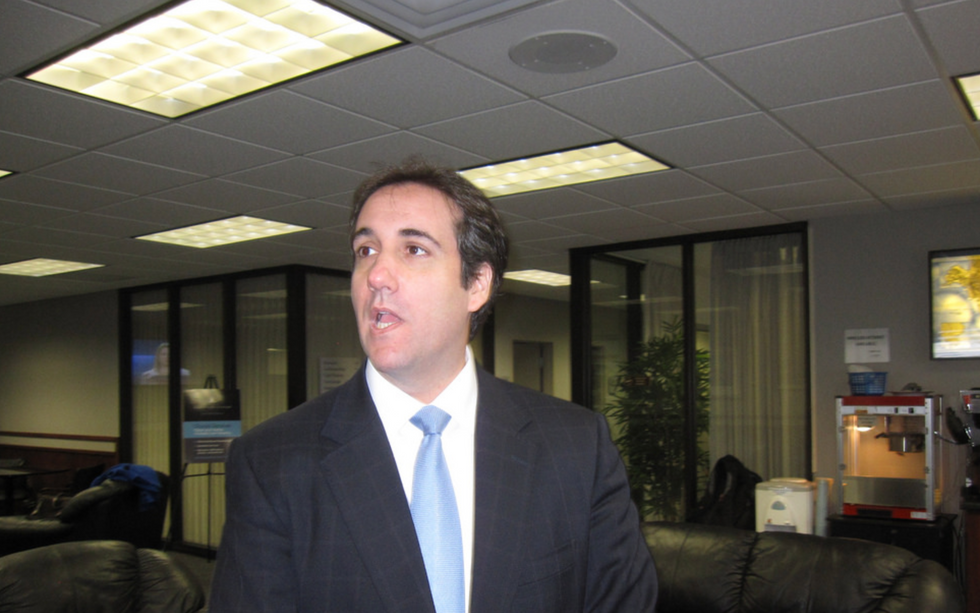 Michael Cohen, President Donald Trump's former personal attorney and the ex-deputy finance chair of the Republican National Committee, was sentenced to three years in jail on Wednesday as a part of the most significant chapter yet in the federal investigations encircling the president.

And the undeniable intensity of the sentence was only one of the damning facts for the president revealed in the outcome of Cohen's sentencing. The prosecutors from the Southern District of New York have already said that Trump directed Cohen to carry out criminal violations of campaign finance law — and the case directly against the president appears to only be getting stronger.

Here are five other details that emerged from the sentencing that should be devastating for Trump:

1. American Media, Inc., has been given a non-prosecution agreement in exchange for its cooperation in this case.

U.S. Attorney Robert Khuzami revealed in a press release that AMI, which owns the National Enquirer, participated in corroborating facts in the charges against Cohen. And the fact the company received a non-prosecution agreement suggests that the case is far from over. It's not clear why the Khuzami would agree to a non-prosecution agreement against AMI if the only target was Cohen. This suggests that Trump, the Trump Organization, or others in the president's orbit may also be in the government's sights.

2. AMI admitted the most crucial detail in the case against Trump.

To prove that, as Cohen has already pleaded guilty to, the hush money payments to women who say they had affairs with Trump were criminal violations of campaign finance law, prosecutors must show that the purpose of the payments was to directly influence the election. The president's defenders have argued that Cohen is a particularly unreliable witness on this charge, given his shady character and that he might just be searching for leniency in sentencing for other crimes.

But Khuzami reveals that he has corroboration for Cohen's damning account of events:

As a part of the agreement, AMI admitted that it made the $150,000 payment in concert with a candidate’s presidential campaign, and in order to ensure that the woman did not publicize damaging allegations about the candidate before the 2016 presidential election.  AMI further admitted that its principal purpose in making the payment was to suppress the woman’s story so as to prevent it from influencing the election.

3. There's also evidence of a willful attempt to hide the payments.

With regard to the hush money payment, Khuzami wrote: "COHEN was reimbursed for the latter payment in monthly installments disguised as payments for legal services performed pursuant to a retainer, when in fact no such retainer existed."

The fact that the payments were disguised in this deceptive way suggests an attempt to hide wrongdoing, which will likely undercut any claim by the president to be unaware of the illegality of the payments. Perhaps even more damning for the president or others who worked on this matter is the fact that these attempts to hide the payment could raise the possibility of additional charges.

4. Khuzami also sent a pretty clear signal that others are guilty in this scheme.

Prosecutors almost certainly believe that it is not Cohen alone who is guilty in this campaign finance violations, as the following sentence makes clear: "COHEN made or caused both of these payments in order to influence the 2016 election and did so in coordination with one or more members of the campaign." (Emphasis mine)

5. Cohen's remarks in court are a stinging rebuke of the president.

“Time and time again, I felt it was my duty to cover up his dirty deeds, rather than listen to my own inner voice,” Cohen told the court of Trump on Wednesday, according to the Wall Street Journal. “My departure as a loyal soldier to the president bears a very hefty price.”