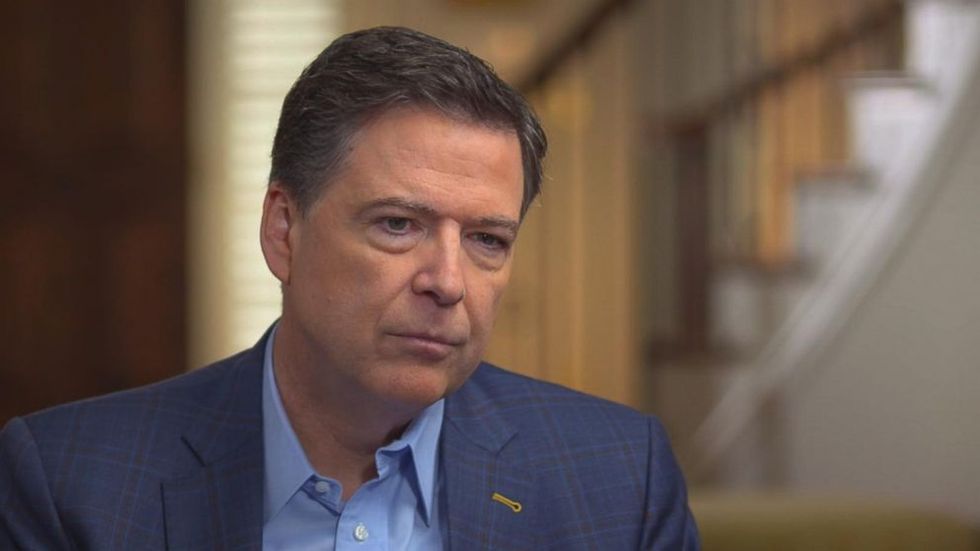 For over six hours on Friday, former FBI Director James Comey participated in a voluntary, transcribed interview with the House Oversight and Judiciary committees. Republicans are enjoying the last few weeks of their House majority, and seem determined to use every ounce of power they have left before it goes away in January. But if their goal was to use Friday’s testimony to undermine Robert Mueller’s probe, they surely left Capitol Hill disappointed.

As committee Republicans fixated on Hillary Clinton’s emails, the Steele Dossier and text messages between two FBI agents accused of expressing bias against Donald Trump, Comey turned the proceeding into a defense of the special counsel’s investigation and the integrity of the Department of Justice. No wonder President Trump launched into yet another Twitter tirade on Sunday morning, labeling Comey’s testimony “so untruthful!” while complaining that this “whole deal is a Rigged Fraud headed up by dishonest people who would do anything so that I could not become President. They are now exposed!”

Leakin’ James Comey must have set a record for who lied the most to Congress in one day. His Friday testimony was so untruthful! This whole deal is a Rigged Fraud headed up by dishonest people who would do anything so that I could not become President. They are now exposed!

With all of the news happening this past week, reviewing a 235-page transcript was probably not at the top of a lot of people’s to-do lists. With that in mind, here are 10 takeaways that are worth a second look.

Given the consistency of Comey’s public statements, it’s hard to see what Trump and congressional Republicans hoped to gain by giving him another platform. As things stand, they are planning to bring him back for more closed-door testimony on Dec. 17. Whatever comes out of that hearing, however, is unlikely to make the president feel better about the Russian investigation.