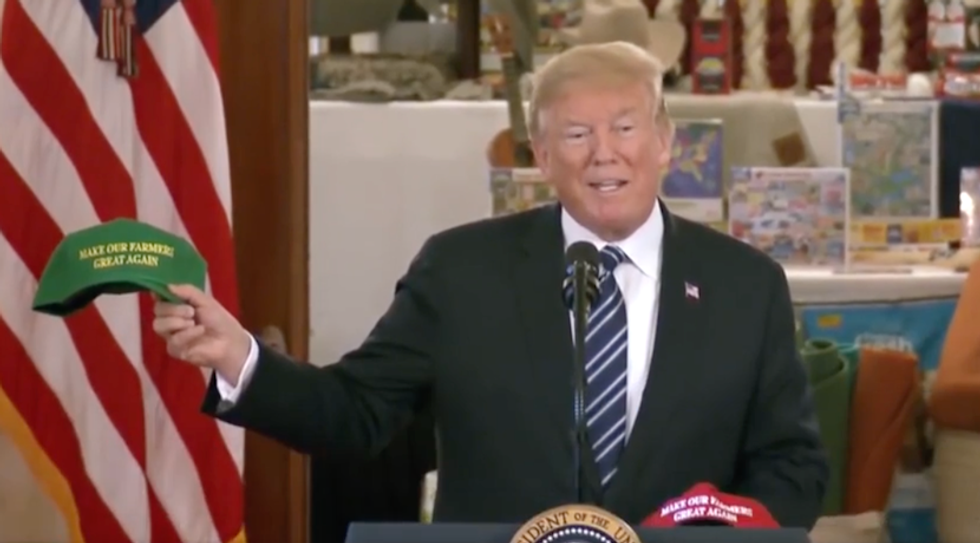 Donald Trump, who has long threatened a government shutdown, appears to be backing down on the latest such crisis, saying he will back yet another short-term spending bill to halt the shuttering of important government services on the 7th.

"If they (Congress) come, which they have, to talk about an extension because of President Bush's passing, I would absolutely consider it and probably give it," said Trump aboard Air Force One late Saturday.

The reason behind this latest extension is the death of former president George H. W. Bush, whose funeral is planned for next Wednesday at Washington National Cathedral. The funeral and accompanying day of mourning give lawmakers a reason to avoid, at least, temporarily, paralyzing the U.S. Government.

Trump is pushing for billions of dollars for his southern border wall, a move that is not supported by Democrats. The President is seeking 5 billion dollars for the effort.

Trump has threatened to shut down the government more than seven times during his two years in office, primarily over his wall proposal funding, but has somehow managed to walk away from it each time in favor of stop-gap spending bills that keep the lights on.

For example, as far back at the 29th of July, Trump took to Twitter to declare that he would "shut down" the United States government to get Democratic votes for his border plans. This, in spite of the Congress being predominately Republican.

I would be willing to “shut down” government if the Democrats do not give us the votes for Border Security, which includes the Wall! Must get rid of Lottery, Catch & Release etc. and finally go to system of Immigration based on MERIT! We need great people coming into our Country!