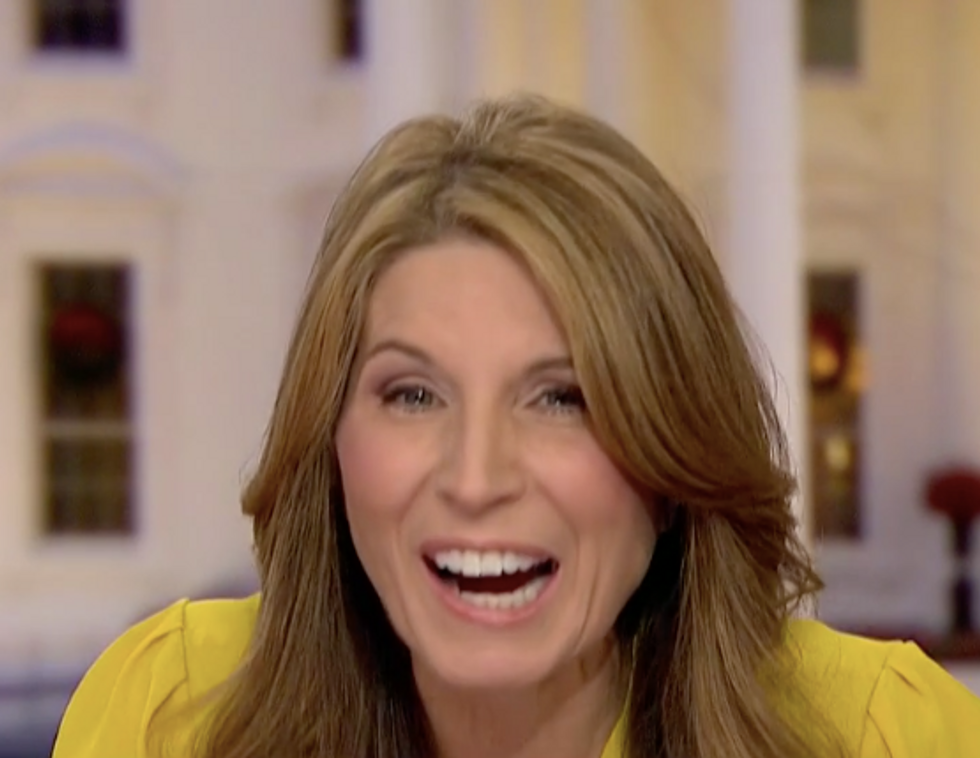 As the evidence that President Donald Trump committed serious crimes piles up, the Republican Party's defenses of his actions are growing even more pathetic and ridiculous.

On MSNBC's "Deadline: White House" on Tuesday, the sheer absurdity of officials' responses to questions about Trump's wrongdoing caused the entire panel to break into uproarious laughter.

Sen. Orrin Hatch (R-UT), for one, essentially claimed that it doesn't matter whether Trump committed a crime. House Majority Leader Kevin McCarthy made an even more preposterous point about Trump's apparent criminal violation of campaign finance laws — what host Nicolle Wallace said was a "Wait — did you really mean to say that out loud?" moment.

"If [Rep. Adam] Schiff taking this beyond to go forward and say that there's an impeachable offense because of a campaign finance problem, there's a lot of members of Congress who would have to leave for that place," McCarthy said in a Fox News interview.

At that comment, the whole panel burst out laughing.