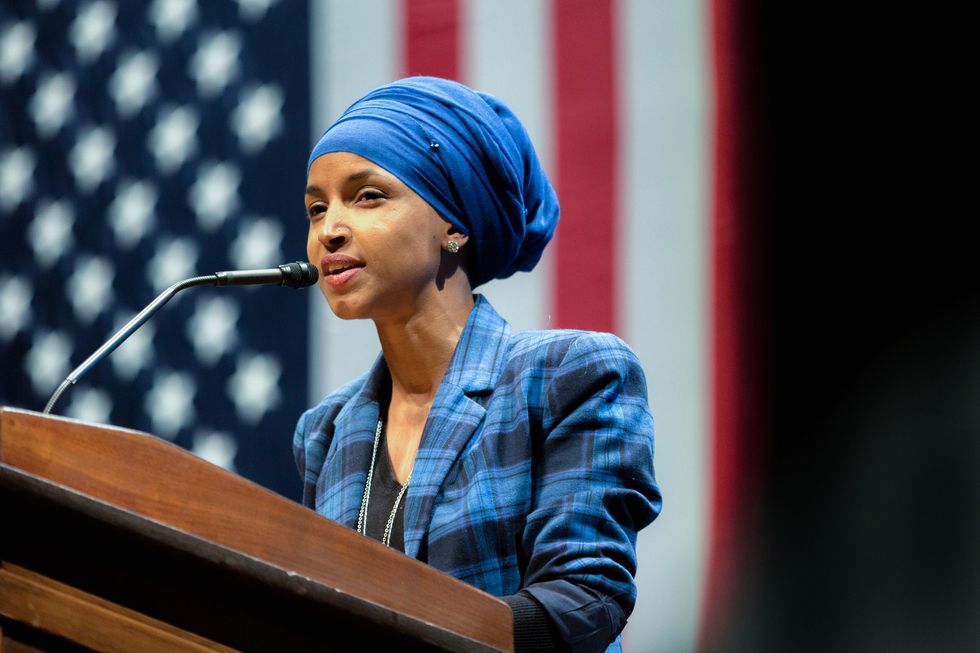 On December 6, Pastor E.W. Jackson used his radio show to attack and defame Muslims who are entering Congress—and judging from the swift backlash he has received, the far-right evangelist got much more than he bargained for.

Jackson’s anti-Islam tirade was in response to Democrats trying to change a rule banning headwear on the floor in the House of Representatives. The change would accommodate Muslims elected to the House in the 2018 midterms, including Michigan’s Rashida Tlaib and Minnesota’s Ilhan Omar (the first Somali-American elected to Congress).

Jackson ranted, “The floor of Congress is now going to look like an Islamic republic. We are a Judeo-Christian country. We are a nation rooted and grounded in Christianity, and that’s that. And anybody that doesn’t like that, go live somewhere else. It’s very simple. Just go live somewhere else. Don’t try to change our country into some sort of Islamic republic or try to base our country on Sharia law.”

People for the American Way covered Jackson’s rant on its Right Wing Watch website. And Rep.-Elect Omar was quick to respond to Jackson’s comments on Twitter, posting, “Well sir, the floor of Congress is going to look like America... And you’re gonna have to just deal.”

After the Hill posted a link, via Twitter, to an article on Jackson’s anti-Islam comments, Texas resident Jake Davis tweeted that Congress has “looked like a Southern Baptist congregation for decades with little to no advancement for anyone who is poor, brown, trans, uninsured.”

In the Hill’s comments section, many posters disagreed with Jackson’s claim that Islam has the market cornered on extremism. A reader who went by “President Beavis Corholio” posted, “The threat to humanity is and always has been religious fanatics, period. That’s right, I said it and I mean it.”

On Newsweek’s website, reader Roy Castleberry criticized Jackson’s “unfortunate message of division and hate. Recognize America as it is today, or you risk marginalization as a hatemonger, sir.”

The 66-year-old Jackson was born in Chester, Pennsylvania (a Philadelphia suburb) and is now head pastor at Exodus Faith Ministries in Chesapeake, Virginia. Although Jackson spent much of his life as a registered Democrat, he became critical of what he saw as “secularism” in the Democratic Party and urged fellow African-Americans to consider joining the Republican Party.

In Virginia, Jackson has run for political office as a Republican more than one. Jackson lost to George Allen in 2012 when he ran for the U.S. Senate in a GOP primary. And in 2013, Jackson ran for lieutenant governor, losing to Democrat Ralph Northam.

Jackson ran for the U.S. Senate again in 2018 but lost the GOP primary to another extremist: Corey Stewart, known for his fetish for Confederate monuments. And as far-right as Stewart is, Jackson accused him of being soft on radical Islam and having “dealings” with the Muslim Brotherhood.