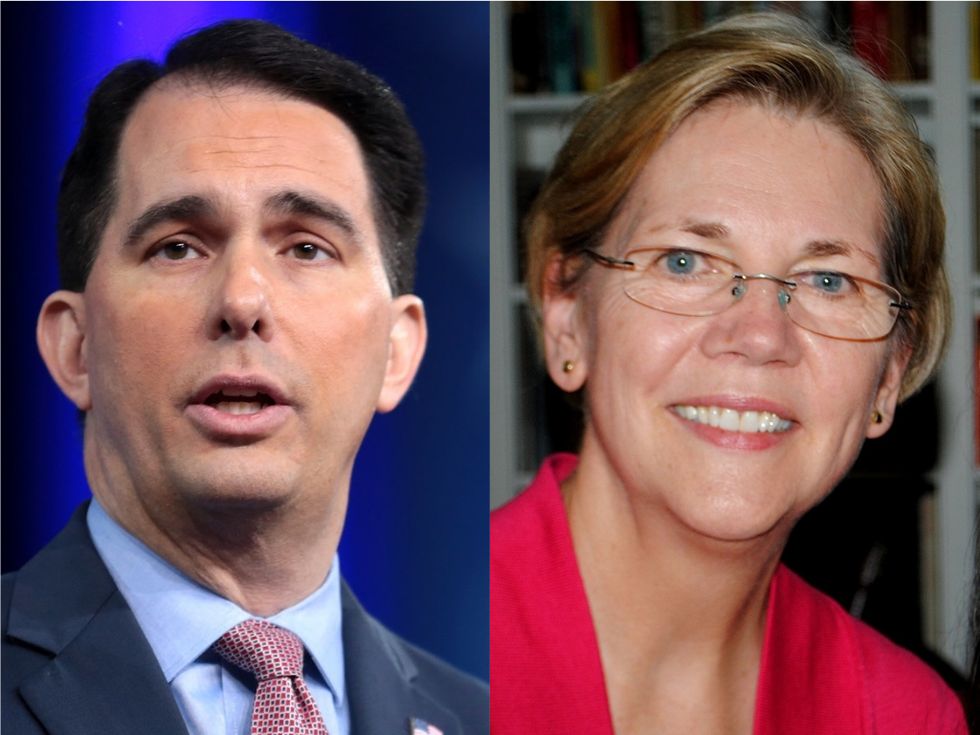 On Monday, Sen. Elizabeth Warren (D-MA) announced that she is running for president in 2020, formally throwing her hat into a ring that political observers predict will be crowded. A progressive firebrand who helped design the Consumer Financial Protection Bureau and has a sweeping proposal to reform corporate governance laws, Warren is likely to be very influential in policy debates during the Democratic primary regardless of whether she can clinch the nomination.

There is one person, however, who finds the whole idea of Warren's candidacy a joke: outgoing Gov. Scott Walker (R-WI).

Walker's criticism of Warren as "out-of-touch" is more than a little rich given that Warren just won re-election by 24 points, whereas Walker lost his bid for a third term to superintendent of public instruction Tony Evers.

If any politician could be characterized as "out-of-touch," it would be a politician like Walker, who runs on a conservative agenda, loses, and then on his way out the door signs a bunch of lame-duck bills stripping his incoming, liberal successor of several executive powers. Or maybe it's one of the large number of Republicans, including Walker, who tried and failed to convince their party in the 2016 presidential primary that they were a better choice than Donald Trump. It's not Warren, a senator who has spent her career advocating for working people over Wall Street, and who helped design a pro-consumer federal agency that 74 percent of voters support.

It is impossible to say who will win the Democratic nomination for president. But at this point, the odds that Warren's views will drive public policy are far greater than the odds that Walker's will.