'Easy to pay for something that costs less': New study shows 'Medicare for All' would save US $5.1 trillion over 10 years 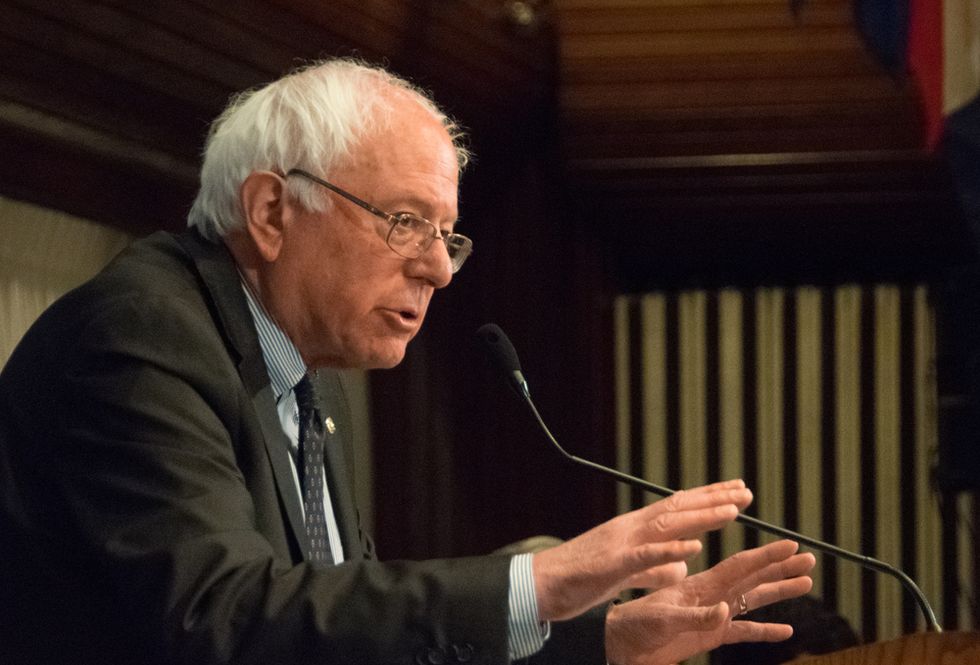 Confronting the question most commonly asked of the growing number of Americans who support replacing America's uniquely inefficient and immoral for-profit healthcare system with Medicare for All—"How do we pay for it?"—a new paper released Friday by researchers at the Political Economy Research Institute (PERI) shows that financing a single-payer system would actually be quite simple, given that it would cost significantly less than the status quo.

"We really can get more and pay less."
—Michael Lighty

"It's easy to pay for something that costs less," Robert Pollin, economics professor at the University of Massachusetts Amherst and lead author of the new analysis, declared during a panel discussion at The Sanders Institute Gathering in Burlingon, Vermont, where Pollin unveiled the paper for the first time.

According to the 200-page analysis (pdf) of Sen. Bernie Sanders' (I-Vt.) Medicare for All Act of 2017, the researchers found that "based on 2017 U.S. healthcare expenditure figures, the cumulative savings for the first decade operating under Medicare for All would be $5.1 trillion, equal to 2.1 percent of cumulative GDP, without accounting for broader macroeconomic benefits such as increased productivity, greater income equality, and net job creation through lower operating costs for small- and medium-sized businesses."

The most significant sources of savings from Medicare for All, the researchers found, would come in the areas of pharmaceutical drug costs and administration.

In a statement, Pollin said his research makes abundantly clear that the moral imperative of guaranteeing decent healthcare for all does not at all conflict with the goal of providing cost-effective care.

"The most fundamental goals of Medicare for All are to significantly improve healthcare outcomes for everyone living in the United States while also establishing effective cost controls throughout the healthcare system," Pollin said. "These two purposes are both achievable."

As Michael Lighty, former director of public policy for National Nurses United, put it during The Sanders Institute Gathering on Friday, "We really can get more and pay less."

The official roll-out of PERI's analysis came on the heels of a panel discussion of the moral urgency of Medicare for All, particularly during a time when tens of millions of Americans are uninsured, life expectancy is declining, and thousands of families are bankrupted by soaring medical costs each year.

Far from being an unaffordable "pipe dream," Columbia University professor Jeffrey Sachs—who introduced the panel at The Sanders Institute Gathering on Friday—argued that the PERI study shows Medicare for All "offers a proven and wholly workable way forward."

"Medicare for All promises a system that is fairer, more efficient, and vastly less expensive than America's bloated, monopolized, over-priced and under-performing private health insurance system," Sachs said. "America spends far more on healthcare and gets far less for its money than any other high-income country."

Watch the full discussion of the new paper between Pollin and Lighty at The Sanders Institute Gathering below: