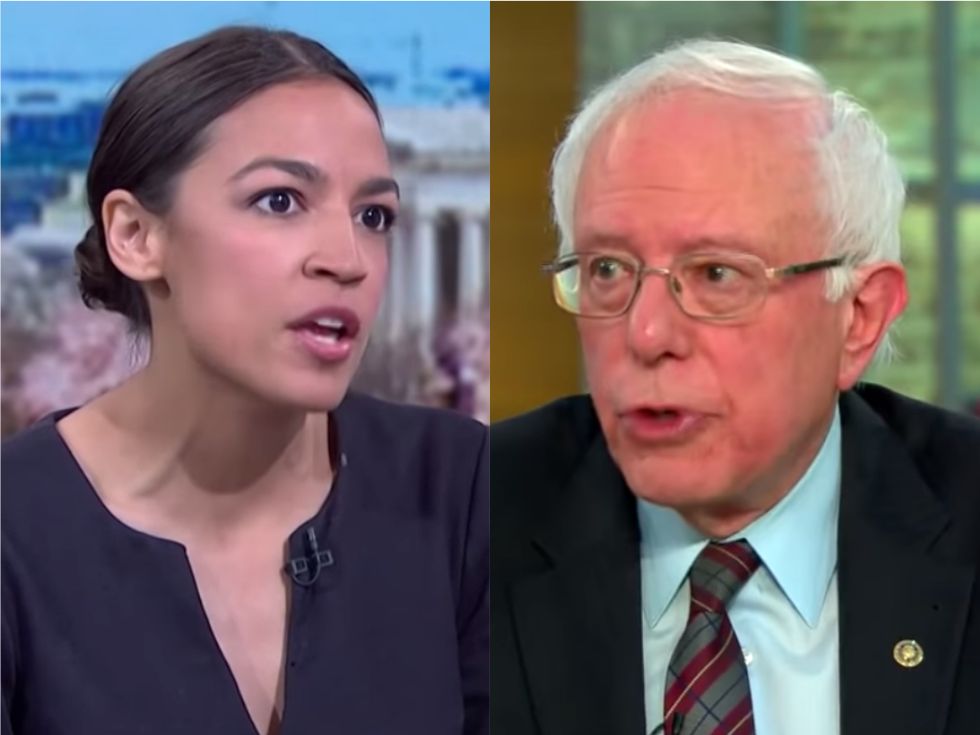 A silly but common talking point on the far right is that if Sen. Bernie Sanders and his political protÃ©gÃ©, Congresswoman-Elect Alexandria Ocasio-Cortez, like socialism so much, they should spend time in Venezuela—a country that has been plagued by everything from food shortages to hyperinflation to appalling crime rates. Andres Malave, a spokesperson for Americans for Prosperity, echoes this tired talking point in a new article for Investor’s Business Daily—insisting that a vote for Sanders, Ocasio-Cortez or Andrew Gillum (who narrowly lost to Republican Ron DeSantis in the 2018 Florida gubernatorial race) is a vote for the policies of Venezuela President Nicolas Maduro or his late predecessor, Hugo Chavez. The problem with that knee-jerk argument is that none of them have held up Maduro-era Venezuela as a role model—and the countries that liberal/progressive politicians like Sanders, Ocasio-Cortez and Gillum typically look up to are European democracies such as Denmark, Switzerland, Norway, the Netherlands and Sweden.

One can tell a lot about activists by the company they keep. In Malave’s case, that company includes Charles Koch and his brother David Koch—the billionaire oligarchs who founded the far-right, Tea Party-friendly advocacy group Americans for Prosperity. The Koch Brothers view themselves as champions of free enterprise, but the sort of unfettered corporate power that they champion promotes oligarchies—not competition, not options for consumers, and certainly not a strong middle class.

Although Sanders and Ocasio-Cortez use the term “democratic socialism” to describe themselves, the type of policies they champion—a higher minimum wage, universal health care, strong union representation, affordable education, investment in infrastructure—ultimately are designed to prevent capitalism from destroying itself. And they have been implemented with generally excellent results in Switzerland, Germany, the Netherlands and the Scandinavian countries.

Norway and Denmark, two countries that Sanders has often praised, had unemployment rates of 3.9% in August. In Switzerland, unemployment was a mere 2.5% in November. Switzerland is more socialistic than the U.S. in some respects, and it also has lower unemployment. Meanwhile, the Netherlands had 3.7% unemployment in October, and Germany—another “socialist” country—had 3.3% unemployment that month.

Ocasio-Cortez has described her green energy program as a “Green New Deal,” and the “New Deal” part is no coincidence. Her political mentor, Bernie Sanders, has often praised President Franklin Delano Roosevelt’s New Deal—which saved capitalism in the U.S.—and its sequel, President Lyndon B. Johnson’s Great Society. And the “democratic socialism” that Sanders and Ocasio-Cortez advocate is not Marxist-Leninism, Stalinism or Maoism, but a revitalization of the New Deal and the Great Society—or a New Deal 3.0.

Real communists, who are hard to come by these days, do not idolize Sanders, Ocasio-Cortez or Gillum. They consider them “petit-bourgeois” just as communists considered the New Deal “petit-bourgeois” in the 1930s and 1940s. But then, Sanders and his admirers never advocated communism or total, across-the-board collectivism. What they favor is essentially capitalism with a safety net.

The approach that the Koch Brothers and Americans for Prosperity favor—capitalism with no safety net whatsoever—leads to corrupt oligarchies and widespread desperation, followed by torches and pitchforks. And it is a terrible way to manage a capitalist economy because when consumers are broke, they cannot purchase products. Economist Robert Reich, who served as secretary of labor under President Bill Clinton, has repeatedly stressed that better conditions and more protections for workers mean more profits for merchants.

But in the Fox News/AM talk radio echo chamber that Malave, the Koch Brothers and other dogmatists of his ilk inhabit, there is no middle ground between Venezuela and a far-right oligarchy. Either the oligarchs are allowed to devour everything in their path and condemn the peasants to eternal poverty and bondage, or a Marxist-Leninist dictatorship will prevail.

And yet, there are some Latin American democracies that have managed to grow their middle classes substantially, implement robust social programs and have universal health care without emulating Hugo Chavez and Nicolas Maduro—Chile and Uruguay, for example. Chile now surpasses the United States slightly in terms of life expectancy. Uruguay is one of the most developed countries in Latin America, and Europeans visiting Montevideo often comment that they feel like they could be in Madrid or Nice.

Hysterical fear-mongering and falsely equating Sanders, Ocasio-Cortez or Gillum with Nicolas Maduro can be an effective way for the far right to scare Americans into submission. But that doesn’t make it any less disingenuous.