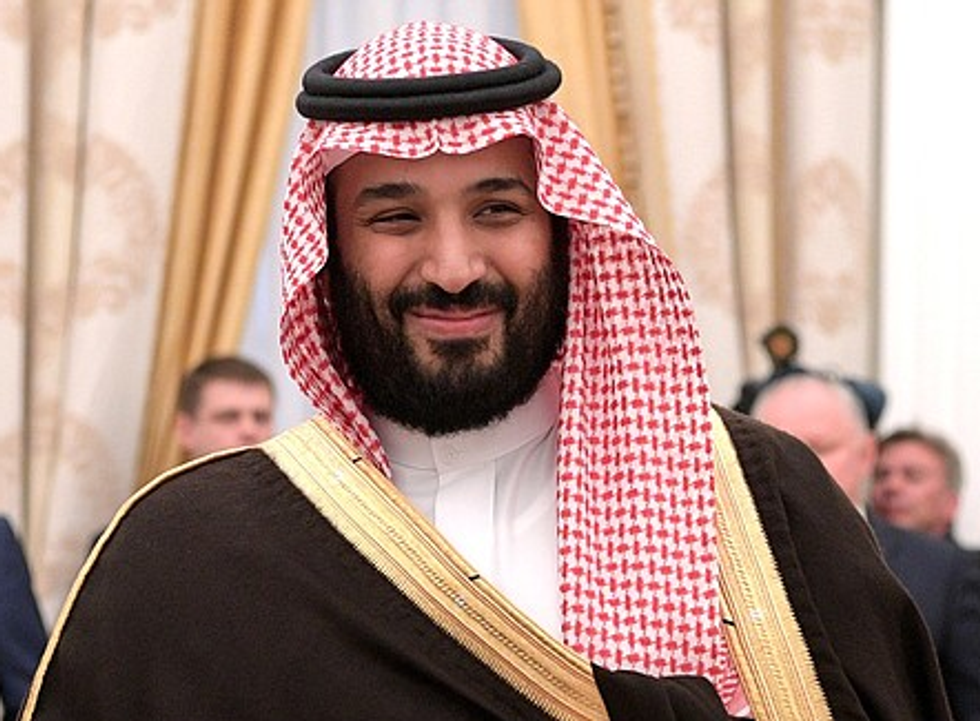 On Tuesday, Reuters interviewed President Donald Trump. And when the subject came around to Saudi Arabia, the president was sickeningly unwilling to disavow the Saudi crown prince's involvement in the killing of Washington Post journalist Jamal Khashoggi. In fact, he voiced his full-throated support for both the prince and the nation:

Trump refused to comment on whether Crown Prince Mohammed bin Salman was complicit in the murder, but he provided perhaps his most explicit show of support for the prince since Khashoggi’s death more than two months ago.

"He's the leader of Saudi Arabia. They’ve been a very good ally," Trump said in an interview in the Oval Office.

Some members of Saudi Arabia's ruling family are agitating to prevent MbS from becoming king, sources close to the royal court have told Reuters, and believe that the United States and Trump could play a determining role.

"I just haven't heard that," Trump said. "Honestly, I can't comment on it because I had not heard that at all. In fact, if anything, I’ve heard that he’s very strongly in power."

By now, the fact that the prince had a hand in the gruesome execution of Khashoggi at the Saudi consulate in Istanbul, Turkey is all but beyond dispute. Both the Turkish government and the CIA agree he ordered the killing to remove a key critic of the regime. The U.S. government possesses a tape of the murder, which reveals Khashoggi was cut to pieces with a bone saw while he was still alive, and which implicates the crown prince. And the U.S. Senate is considering a resolution to condemn Salman.

But Trump has been unwilling to say anything critical of the crown prince or of the Saudi regime as the horrific details have unfolded, initially claiming that it wasn't that big a deal because Khashoggi was not a U.S. citizen. He subsequently backtracked and said that there could be "severe" consequences for Saudi Arabia if it is proven they killed Khashoggi, but he continues to insist that the verdict is not in on Salman yet, saying "maybe he did and maybe he didn't!" His full-throated support for Salman in the Reuters interview suggests he is no longer even pretending to care.

Trump has claimed we need Saudi Arabia because of a $110 billion arms deal he is overseeing, but our weapons sales are actually nowhere near that high — even our trade with Switzerland is larger than the Saudi arms deal. An alternative theory is that Trump feels kinship to the Saudi royal family because of his personal business ties with them.

Whatever his motivations, it is clear Trump has no real interest in pursuing justice.