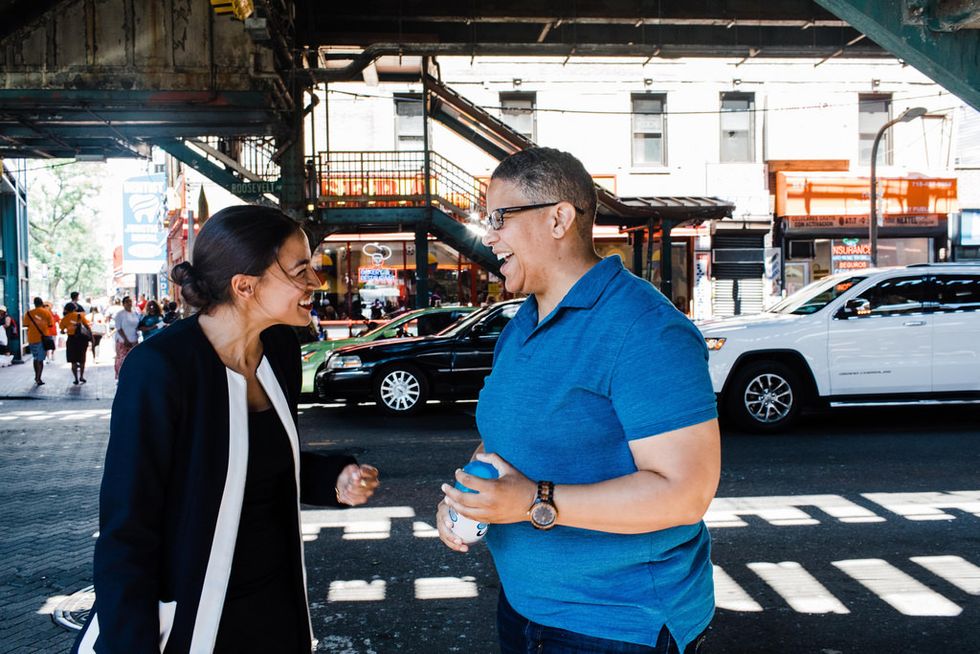 Alexandria Ocasio-Cortez hasn't even been sworn in to office yet but the New Yorker who will become the youngest woman ever to be elected to Congress is clearly making Republicans feel threatened, just by existing.

She's been attacked by so many on the right, including the massive Fox News machine, that recently Congressman-elect Ocasio-Cortez was only too happy to defend herself by telling them, "I’m not even sworn in yet. Don’t y’all have jobs to do?"

The latest Republican to reveal just how threatened he is by the 29-year old activist, educator, soon-to-be lawmaker, and former waitress is none other than Donald Trump Jr.

On his Instagram page, as The Hill reported, the president's eldest son posted a meme with a photo of Ocasio-Cortez, supposedly saying, "Why are you so afraid of a socialist economy?" AOC, as she is sometimes called, is a member of the Democratic Socialists of America.

The meme then shows a photo of President Trump supposedly responding, saying, "Because Americans want to walk their dogs, not eat them."

He also commented, "it's funny cuz it's true."

It's unclear why Trump Jr. made the remarks, but there are a few reports of Venezuelans being forced to eat rats and dogs due to their failing economy. Venezuela does not have a democratic socialist or socialist form of government, but rather, an authoritarian socialist government.

That would make Trump's Jr's. "joke" not only not funny, but not true.

Also not funny: people who don't have enough food because their government is failing them.