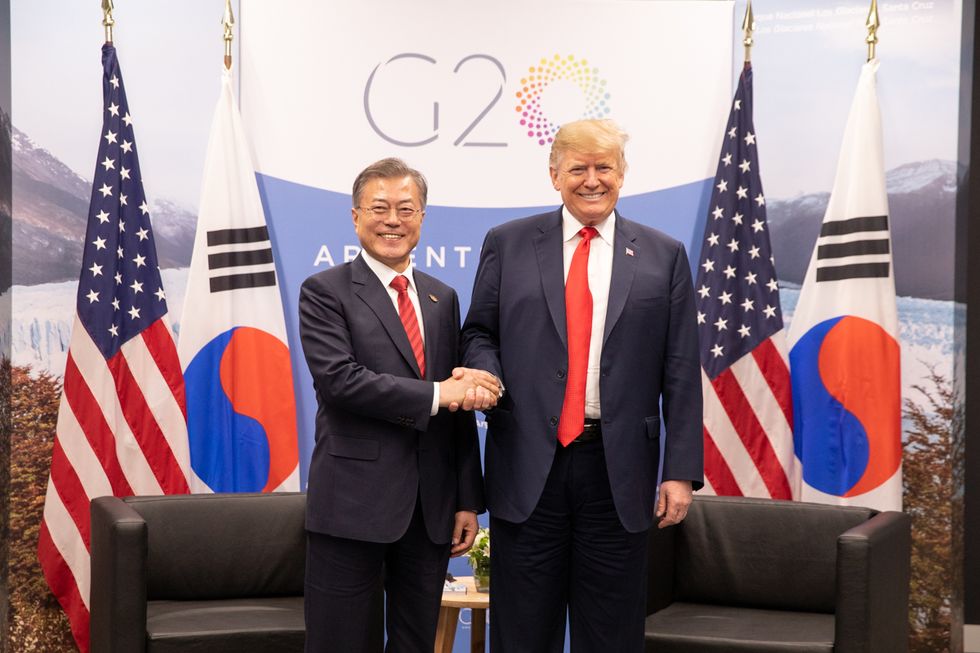 When President Donald Trump was campaigning, he repeatedly insisted that the only reason anything bad ever happened to the United States was that American leaders were too "stupid" to make better international deals. But Trump has quickly been learning — even if he doesn't realize it — foreign policy is a lot more difficult than it may appear.

The Washington Post's Jennifer Rubin pointed out Monday that, in fact, Trump has essentially no foreign policy accomplishments of which to boast from his first two years in office.

"Let’s be blunt," she wrote. "The only significant foreign policy 'achievements' Trump can claim are eviscerating our reputation as a reliable ally that defends human rights and giving autocrats the impression that they can get away with murder (and dismemberment and more) without paying any significant price."

She added: "This is an administration that can claim not a single substantial foreign policy achievement. We are arguably less influential and more isolated than we were when Trump took office."

His manifold failings are clear. Despite the excessive touting of his Singapore summit with North Korean autocrat Kim Jong-un, Trump hasn't gotten the United States any closer to seeing a denuclearized Korean peninsula. Indeed, he gave Kim huge concessions — the desired optics of a sit-down with the American president, the suspension of military exercises in the region — with nothing to show for it.

None of the significant crises in the world have been mitigated by the president's actions, while the nuclear threat from Iran, Russia's escalating aggression, the devastating war in Yemen, the tensions between Israel and Palestine, and neglect of the global catastrophe of climate change have all worsened under Trump.

This is what comes from nationalistic know-nothingism, from deploring the very institutions and relationships that have kept us from world war and spread prosperity since the end of the WWII. It’s what flows from a foreign policy that amounts to a series of discrete gestures to please his base (move the embassy to Jerusalem, get out of the JCPOA and Paris accord) but lacks an answer to the question that follows each of these moves: What next?

Trump has never been a student of history, and he is clearly bored by the details of policy. He only revels in boisterous rhetoric and the trappings of prestige and privilege. It's no surprise that he has failed to accomplish anything of significance on the global stage. The most reasonable scenario to hope for may be just that his dismal performance continues — and doesn't veer into disaster.