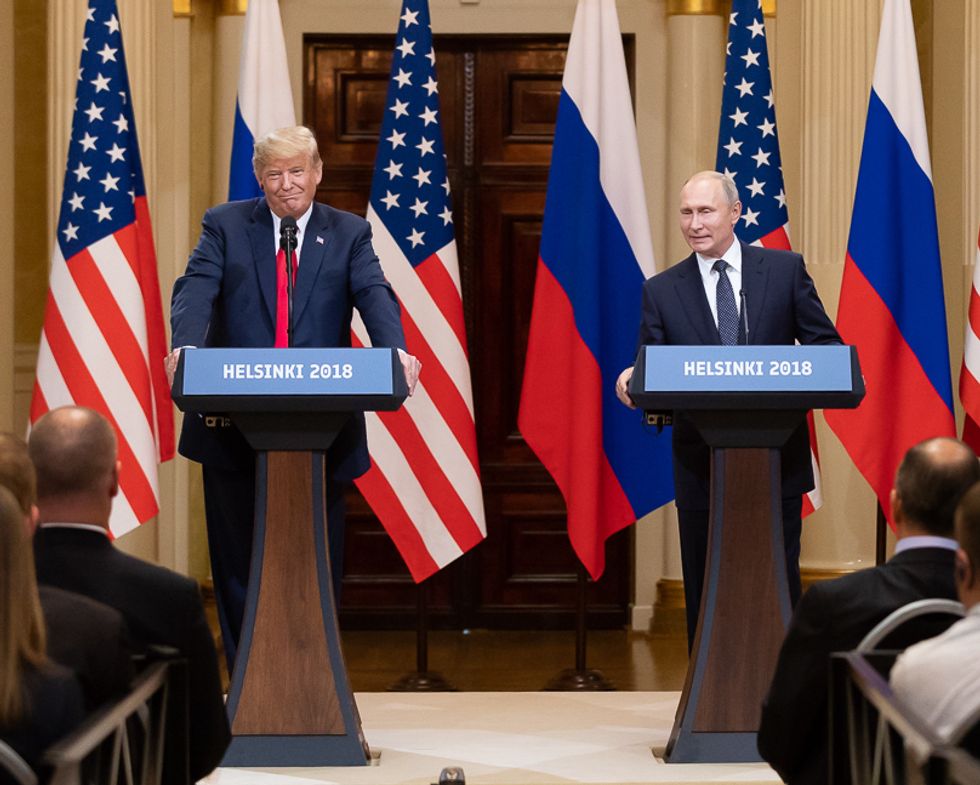 A pair of new reports prepared for the Senate Intelligence Committee and released on December 17 underscored the lengths that Russian disinformation teams went to during President Donald Trump’s first year in office. In 2017, according to the reports, Russian officials bombarded social media with pro-Trump messages that were stridently opposed to Special Counsel Robert Mueller’s Russiagate investigation. And conservative Washington Post columnist Jennifer Rubin, responding to the reports in her latest column, asserts that Trump’s interests and the interests of the Russian government are “perfectly in sync.”

Rubin reflects on decades of U.S. and Russian history, stressing that Russian government operatives have been inundating the U.S. with propaganda for generations. During the 2016 presidential campaign, Rubin notes, African-American voters were targeted by Russians for anti-Hillary Clinton messages—and similarly, the Soviet Union was “exploiting racial animosities in the United States” back in the 1920s and 1930s.

Rubin goes on to say that Trump and his supporters at Fox News have become “useful idiots” for the government of Russian President Vladimir Putin—and she draws some parallels between Fox News and the Russian cable news outlet RT, which has an English-language division in the United States.

“For a while now,” Rubin writes, “Trump critics have joked that RT and Fox News are hardly distinguishable. Both, you see, are in service of Trump, and both have discovered (that) race-baiting and chaos-creation works especially well with this president. Both traffic in nonsensical conspiracy theories. Fox News is what used to be called in the Cold War a ‘useful idiot’—a gullible and unwitting asset of the Russians.”

The U.S., Rubin adds, now has a “chief executive whose loyalty to the United States is unclear.”

Rubin observes, “The irony could not be greater. A president who campaigned on and still throws around the motto of ‘America First’ is now not unreasonably suspected of working, if not at the behest of, at least to the benefit of and in sync with an enemy of the United States.”

Rubin concludes her piece by noting how critical former FBI Director James Comey is of Republicans who lack the “courage” to stand up to Trump. And those spineless Republicans, Rubin writes, are contributing to “the most unusual national security threat we’ve ever faced.”