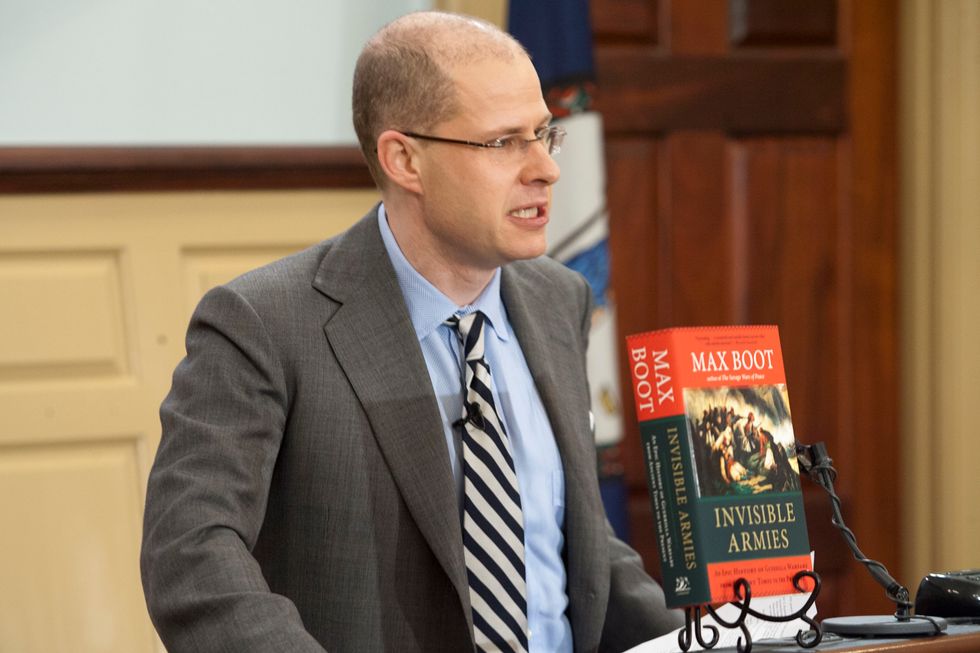 Max Boot was a leading proponent of neoconservative ideology in the 2000s and early to mid-2010s, often praising President George W. Bush and heavily criticizing President Barack Obama. But these days, the Washington Post columnist is an outspoken Never Trump conservative—and in his latest Post column, Boot argues that his former party, the GOP, has become frighteningly “authoritarian.”

Reflecting on Republican power grabs in the state legislatures in Michigan and Wisconsin, Boot notes that Republicans “are moving to strip important powers from incoming Democratic governors” in those states.

Boot quotes Robin Vos, Republican speaker of Wisconsin’s state assembly, as asserting that “if you took Madison and Milwaukee out of the state election formula, we would have a clear majority.” Boot’s analysis: Vos “is thus suggesting that liberals and people of color in the cities are somehow lesser Americans than rural, white Republicans.”

Discussing the North Carolina House race in which Republican Mark Harris appeared to narrowly defeat Democrat Dan McCready, Boot explains that Harris “hired a shady operator named Leslie Macrae Dowless, who had been convicted of felony fraud” for his “get-out-the-vote operations”—and that North Carolina’s state board of elections is refusing to certify the election results “because of allegations that Dowless illegally collected absentee ballots from voters and may have tampered with them.”

Boot also mentions Sen. Orrin Hatch’s response to federal prosecutors’ allegations that in 2016, attorney Michael Cohen paid hush money to adult film star Stormy Daniels and Playboy model Karen McDougal on direct orders from then-candidate Donald Trump. Hatch’s response: “I don’t care.” And given that Hatch voted to impeach President Bill Clinton in 1999, Boot stresses, it is evident that “the GOP commitment to the rule of law is situational.”

Boot concludes his column by quoting fellow Never Trump conservative David Frum’s assertion that Republicans, in the Trump era, are abandoning traditional conservatism as well as a belief in democracy.

“All too many Republicans are going from opposing the Democratic Party to opposing democracy itself,” Boot declares. “They are becoming an authoritarian party.”