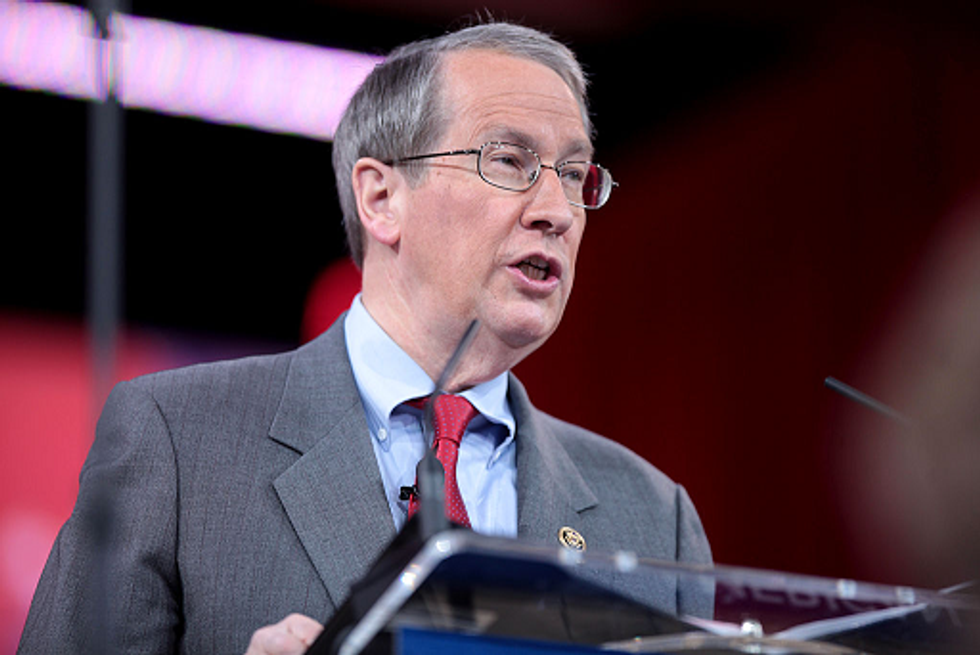 One of the final acts of Sen. Heidi Heitkamp (D-ND) before she leaves office in January is supposed to be the passage of Savanna's Act.

The bill, which she introduced last year, is aimed at updating federal policy on missing and murdered Native American women, by requiring the Justice Department to train local law enforcement to record tribal enrollment in crime databases, developing nationwide guidelines in partnership with Native tribes for how to investigate these cases, and giving local law enforcement better access to missing persons reports.

Nothing about Savanna's Act, named after a 22-year-old Spirit Lake woman who was murdered in Fargo at eight months pregnant, was supposed to be controversial. 84 percent of Native women are victims of violence in their lifetimes, and their murder rate is ten times the national average. But these cases are very hard to solve because current law makes jurisdiction unclear and reporting difficult. In Heitkamp's own state, Native Americans are the largest minority group, and North Dakota's Indian Affairs Commissioner has said the legislation is desperately needed. It passed the Senate unanimously.

But when it got to the House, the bill ground to a halt, because Rep. Bob Goodlatte (R-VA), the chair of the House Judiciary Committee, is blocking it.

As the Huffington Post notes, Goodlatte has not explained why he opposes Savanna's Act in its current form. One Judiciary Committee staffer says that "we have been working on this bill in order to advance it, including working with DOJ and stakeholders to address issues with the language," but did not comment further.

Heitkamp, outraged, has accused Goodlatte of playing "petty partisan games" and has urged concerned citizens to call his office to demand passage of the bill:

While Goodlatte, who is retiring this year, hasn't provided a reason for blocking Savanna's Act, his opposition is not altogether surprising. In 2012, he said he had "concerns" about how the Senate version of the reauthorization of the Violence Against Women Act contained protections for LGBTQ persons and immigrants, and in 2013 he voted against reauthorization. That bill, incidentally, also included provisions to extend protection to women on tribal lands, a measure championed by Heitkamp.

Should Savanna's Act fail to make it to the president's desk by the end of the year, it will have to be reintroduced in Congress next year, when both Heitkamp and Goodlatte are gone.