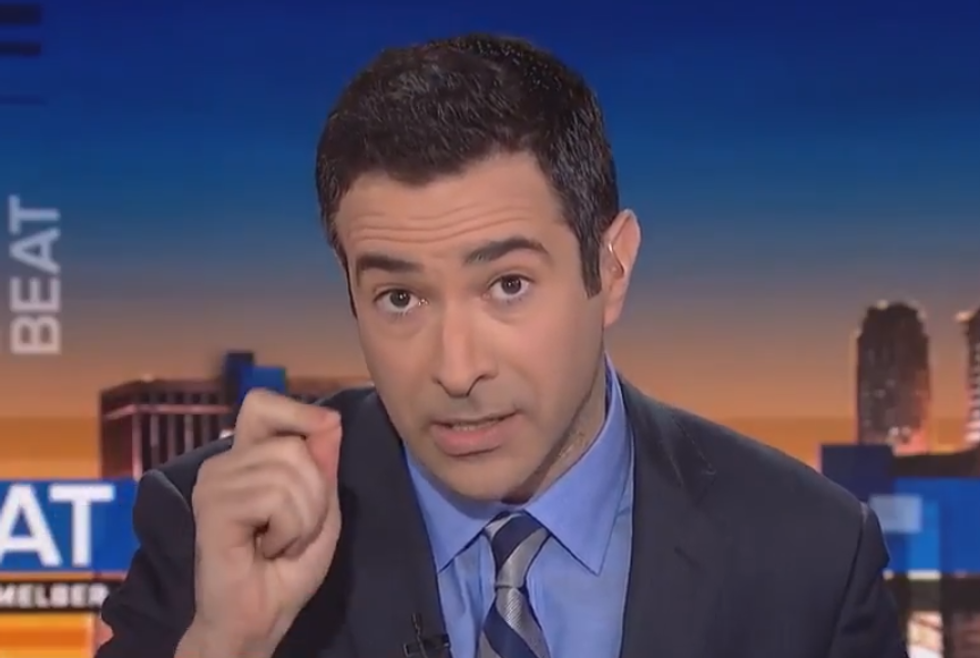 House Speaker Paul Ryan (R-WI) is retiring from Congress. And it is clear, in retrospect, that he has done nothing to deserve his Washington mystique as a wonkish numbers guy that he has carried with him for years.

In his early days, Ryan proved himself ruthlessly incompetent with a Social Security privatization plan that would have accidentally nationalized the means of production, and as House Budget Chairman he put forth a cruel plan to voucherize Medicare that would have effectively ended the program as we know it. There was never a public program Ryan wasn't willing to cut or slap pointless means-testing regulations on. And through all of this, he demonstrated an utter failure in the face of serious challenges to the political system and the rule of law.

But there is one simple metric by which even Paul Ryan himself admits he is a failure: nothing he did eased the national debt.

On MSNBC's "The Beat," Ari Melber delved into this single greatest failure.

"Ryan became Speaker in 2015, when there was a roughly $438 billion deficit, and he oversaw the growth of that deficit to $793 billion," said Melber. "It's now on track to surpass a trillion dollars."

One of the key reasons that Ryan failed to enact any meaningful controls on the federal budget was that he spent a huge portion of his time presiding over unified Republican government passing a $1.5 trillion unpaid-for tax cut on corporations and the ultra-wealthy, which did not deliver any of the promised growth and blew a hole in federal coffers. He then tried to make up for this by cutting Medicare, Medicaid, and welfare programs, a plan so blatantly toxic and anti-poor that even Senate Majority Leader Mitch McConnell (R-KY) admitted it wasn't worth trying.

"Under Paul Ryan and Donald Trump, the deficit now grows to $782 billion," said Melber. "That is the change, that is the growth with your Paul Ryan, Republican speakership."