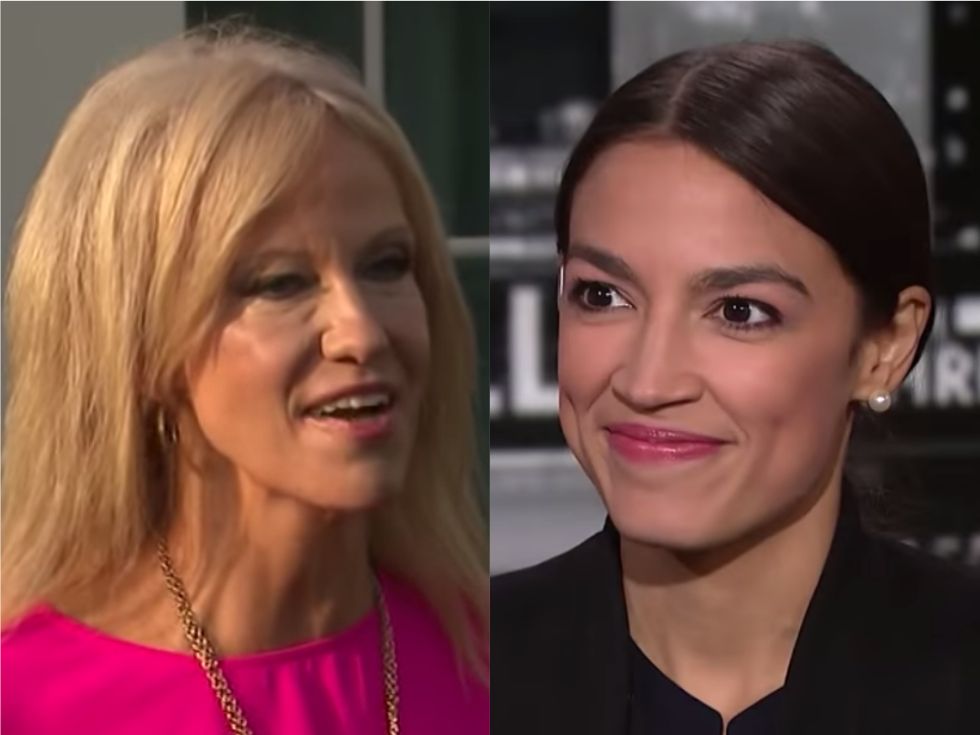 Congresswoman-elect Alexandria Ocasio-Cortez (D-NY) has been a frequent target of right-wing tirades, but she has shown that she does not let the attacks diminish her stature. In fact, she seems to capitalize on the vitriol, using the disproportionate attention she receives from Republicans as a platform to promote her views and her own political stardom.

The most recent attack against her came from one of President Donald Trump's most prominent media trolls, Kellyanne Conway.

On Tuesday, Conway lashed out at Ocasio-Cortez and called her a “29-year-old congresswoman who doesn’t seem to know much about anything.” This broadside came in response to the incoming representative's demand for outgoing White House Chief of Staff John Kelly to apologize to Rep. Frederica Wilson (D-FL), whom he once egregiously and falsely insulted on behalf of Trump.

“For her to even use a slur against him yesterday — and I won’t repeat her name or the slur — but let me stand up for Gen. John Kelly,” Conway said Tuesday on Fox News. “He’s done a magnificent job for this country for almost 50 years, and that includes here at the White House as our chief of staff for about a year and a half.”

But on Wednesday, the Democrat hit back.

"Kellyanne Conway has been engaged in a War on Facts since Inauguration Day," Ocasio-Cortez said in a tweet. "Leveraging those who belittle my capacity is exactly how I defeated a multi-generation, multi-million $ political machine. GOP is even weaker bc their bias has no self-control."