An act of terrorism: The 1989 Polytechnique Massacre was an attack against all women 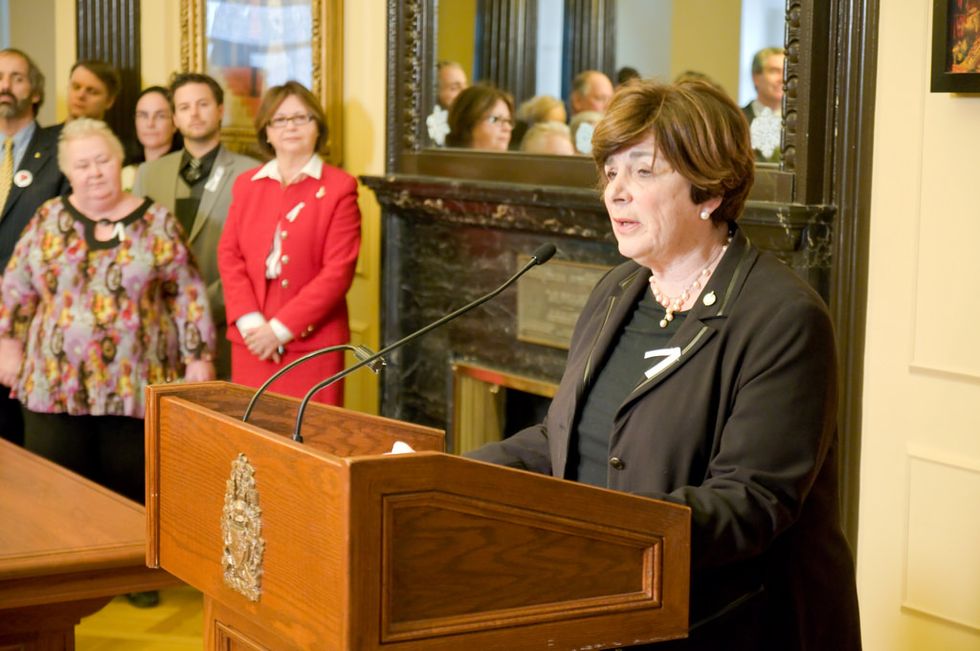 He went into a classroom and ordered the men to leave. Alone with the female students, he told them, “I hate feminists,” before opening fire. The killer then moved around inside the building, shooting at women and then entered a second classroom where he targeted more women. Shortly afterwards, he took his own life.

LÃ©pine targeted women who were destined for what then was considered a non-traditional occupation — engineering — claiming that they were taking over from men.

Almost 30 years later, young men are still committing mass murders of women, this time under the pretext of being deprived of sex. These “involuntary celibates” (incels) are celebrated on social media — the place where calls for the murder and rape of women, as well as racist statements, intersect.

Alek Minassian, accused of using a van to kill 10 people in a driving rampage in Toronto in April, was hailed by members of the so-called incel movement as one of their own.

The ultimate act of terrorism

These new terrorists want to punish and terrorize women because they deny them sex, which they claim as an entitlement. All these mass murders ultimately constitute terrorism against women and feminists.

Thirty years ago, the word terrorism wasn’t used to describe the murders at l'Ã‰cole Polytechnique. Radio-Canada that evening described LÃ©pine as a “mad killer.” But the ugly anti-feminist sentiments we hear so often today were also present then. Some men called into radio talk shows and said they understood the killer’s motives and wanted to imitate him.

A debate started almost immediately to try to explain the attack — was the killer mentally ill or was he a misogynist?

Feminists argued it was a misogynistic crime because the killer targeted female engineering students. Some pro-feminist men called for self-criticism. Other people blamed the attack on television violence or the way in which police responded.

Meanwhile, some psychologists claimed LÃ©pine was suffering from personality disorders — despite never having diagnosed the killer or viewed his medical file. The decision to psychologize the murder was to depoliticize the massacre. (A similar process happened after the January 2017 attack at a QuÃ©bec City mosque where six Muslims were murdered.)

Was it the ‘absent father’?

Other people, including psychologist Guy Corneau, claimed the Polytechnique Massacre was the consequence of the “absent father” and the expression of a “masculinity crisis.” Members of an anti-feminist “masculinist” movement accused feminists of capitalizing on the attack.

Some media also incorrectly reported that Ã‰cole Polytechnique had rejected LÃ©pine’s application to attend the school. (At that time, less than 20 per cent of the students were women.)

Eleven months after the killings, journalist Francine Pelletier obtained a copy of the suicide letter found on the killer’s body. In it, LÃ©pine explained his political motivations and supplied a list of 18 names of women (and a group of anti-sexist men) he wanted to kill. They included well-known feminists, including QuÃ©bec’s top female police officer and top female firefighter.

LÃ©pine anticipated his mental health would be questioned. “Even if the Mad Killer epithet will be attributed to me by the media, I consider myself a rational erudite,” he wrote, also noting that his actions were done for “political reasons.”

The ghost of LÃ©pine is still being used to haunt women in QuÃ©bec. A man was recently sent to jail for criminal harassment for using photos of LÃ©pine and the hashtag #JeSuisMarc in a series of online posts aimed at the Facebook page of RÃ©seau quÃ©bÃ©cois d’Ã©tudes fÃ©ministes (RÃ©QEF), a research group on feminist issues at the UniversitÃ© du QuÃ©bec Ã  MontrÃ©al.

An openly anti-feminist website has even been dedicated to the killer, who is described as a “hero and martyr.”

On the 20th anniversary of the murders, there was finally an emerging movement that the 1989 killings should be viewed as an anti-feminist “terrorist attack” because the killer did not just target female students (the direct victims), but also sought to terrorize all feminists (the ultimate targets).

The struggle to impose an interpretation of the Dec. 6, 1989, killings continues over the decades. But at a time when society is obsessed with terrorism, it still seems too difficult for some people outside of the feminist movement to consider mass murders of women an act of terrorism.

This article was originally published in French.