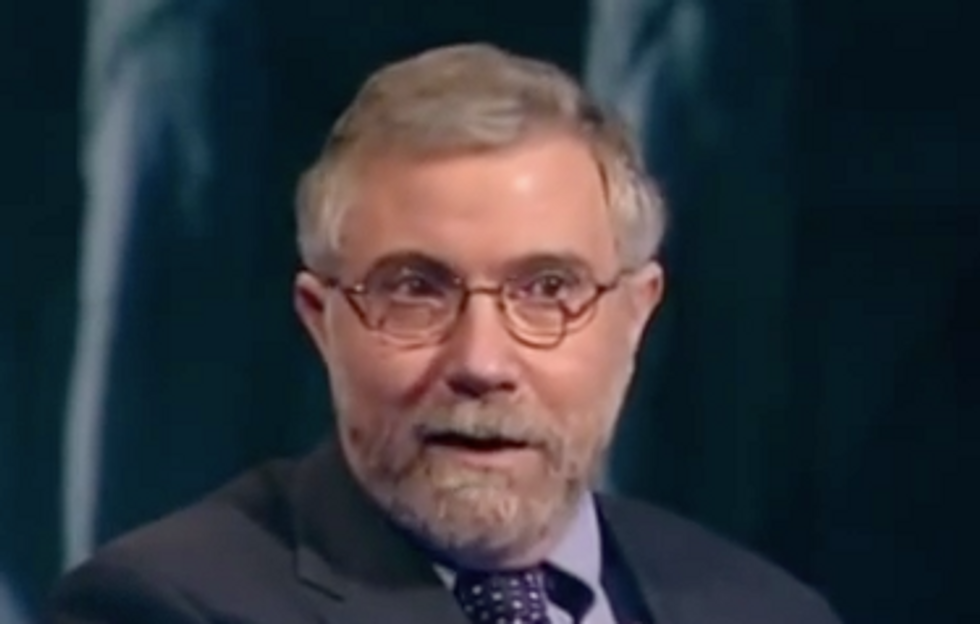 Nobel Prize-winning economist and New York Times columnist Paul Krugman on Friday raked mainstream news reporters over the coals after they spent days leading up to the midterms covering the migrant caravan hyped by President Donald Trump as a massive threat to American security.

Writing on Twitter, Krugman said that the coverage of the caravan reminded him of the coverage of Hillary Clinton's State Department email server in 2016 -- that is, a phony issue pushed by Republicans and eagerly taken up by the news media.

"The midterms election feels like a mix-and-match combination of two ugly episodes from history," he explained. "For weeks it felt like 2016: Rs created a fake issue -- the caravan playing the role of emails -- and the news media happily went along with it."

Krugman then pointed out that coverage of the caravan had completely died ever since the election ended on Tuesday -- a sure sign that it was a manufactured issue Republicans used to gin up their voters.

"Notice that the caravan totally disappeared as an issue as soon as the votes were cast -- not just Fox News, but mainstream media too," he wrote. "Guys, you really need to take a hard look in the mirror and ask why you're so easily played."

Notice that the caravan totally disappeared as an issue as soon as the votes were cast -- not just Fox News, but ma… https://t.co/qsS6gosRum
— Paul Krugman (@Paul Krugman)1541767585.0