Woman Scams Conservatives Out of $150,000 By Pretending to Be a Persecuted Trump Supporter 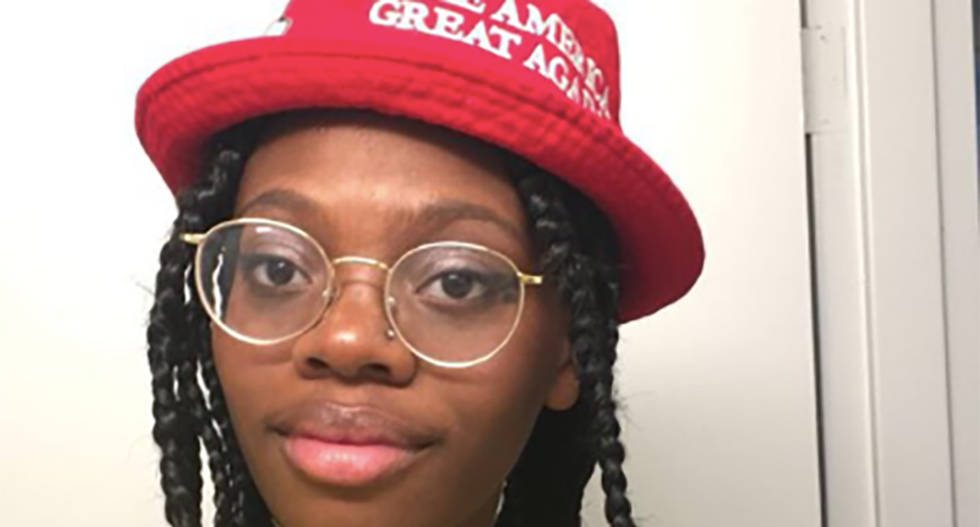 A woman identifying herself as "Reformed Republican" posted a photo of herself in a "Make America Great Again" hat and announced she refused to hide any longer. The way the story ended, however, was not the way Republicans would have hoped.

"I will not hide any longer,, [sic] the left has made us feel as if us black republicans [sic] should hide!! but not anymore!! #BlacksForTrump #WalkAway #maga"

Not long after she tweeted again:

"thank [sic] you all so much for your overwhelming support. After seeing this tweet my parents cut me off and refuse to pay my university tuition. So if you can find it in your hearts to help, this young black Republican pay for school it would be appreciated."

She showed text message conversations about finding a place to live and only having a part-time job because she's in school.

I don’t know if these texts were originally real or not, but they were definitely not from her mum / to her https://t.co/CcVoj8TOLJ
— Alex Bruce-Smith (@Alex Bruce-Smith)1541367985.0

She posted a GoFundMe link to a since-deleted request for help. She raised over $150,000 off of conservative donors. Once she was finally outed, she explained that it wasn't stealing because Republicans aren't people, to begin with.