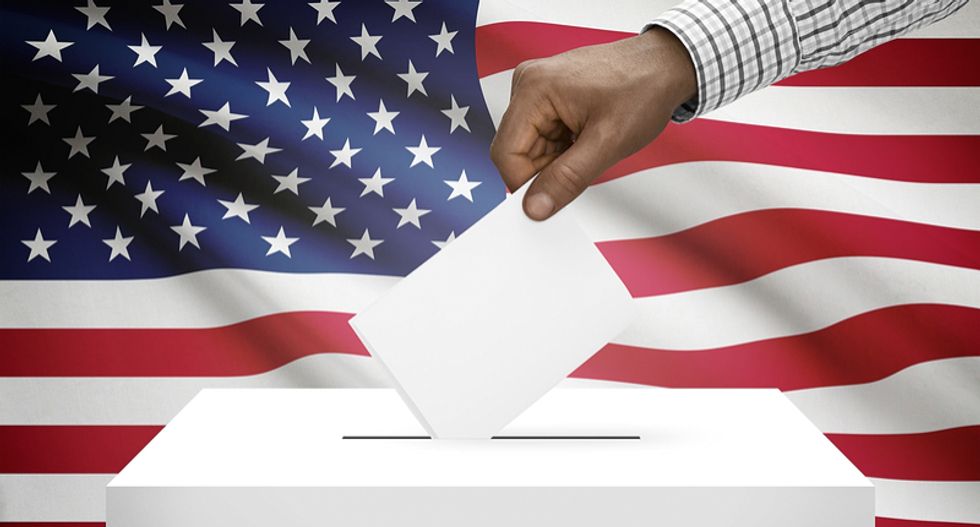 Pennsylvania, the 2016 battleground state where many counties refused to conduct a presidential recount, has settled a lawsuit with Green Party candidate Jill Stein and state residents, agreeing to have paper ballot-based voting in place by 2020 and a new audit process to verify vote counts before election results become official by 2022.

The settlement comes two years after one of the most frustrating post-presidential election efforts to attempt to verify the outcome, where an unconventional candidate trailing in pre-election polls, Republican Donald Trump, had, in fact, won the three closest-margin states, according to the preliminary unofficial results in Michigan, Wisconsin and Pennsylvania.

Immediately following Trump’s surprise victory, neither the Obama administration (with concerns about Russian meddling), nor Hillary Clinton’s campaign, nor Pennsylvania’s Democratic executive branch including Secretary of the Commonwealth Pedro Cortes, nor its state judiciary replied to the substance of the Green Party’s concerns about verifying vote counts in the most pivotal states.

As Thanksgiving approached in 2016, the Greens’ call for recounts led more than 160,000 people to make online donations exceeding $7.3 million and recruited 10,000 volunteers. Recounts were launched, after paying multimillion-dollar fees, in Wisconsin and Michigan—although the Trump campaign and GOP in Michigan won a court order to shut down that state’s recount. Wisconsin completed its recount, but it was not the statewide hand-count sought by Greens. (Some locales used paper ballot scanners.)

However, Pennsylvania proved most obstinate. Even though the Greens got started late with collecting signatures required in every jurisdiction to file, its recounting effort was stymied by 16 counties using paperless voting machinery with no verifiable record of votes cast—which meant no recount was possible—and very high barriers for a candidate seeking redress.

As Jonathan S. Abady, the lead lawyer for the Greens, wrote to then-U.S. Attorney General Loretta Lynch on December 23, 2016, about Pennsylvania, “this year, voters who sought to confirm that their votes had been accurately recorded by requesting recounts were thwarted by a byzantine, unworkable, legal regime.” County boards conducting official vote counts don’t disclose when they’ve finished, he noted, which is supposed to trigger a narrow recount filing window. “Two of the state’s largest counties (Allegheny and Delaware) admitted in court that their boards of elections do not comply with the legally mandated process for completing the count. Not even the state’s top election officials knew when the various counties had finished counting the vote.”

Abady also noted how one state court demanded a $1 million bond from ordinary voters filing recount petitions. The need for recounts was prompted, he said, by “at least two types of vulnerabilities: susceptibility to malicious interference [possible hacking of electronic voting systems] and poor performance” of election administrators.

In 2016, the two major parties and many election scholars criticized the Greens for pursuing the recounts and highlighting cybersecurity issues with voting machinery. However, as the Pennsylvania Department of State’s comments on Wednesday’s settlement noted, the federal court trying the case concluded otherwise.

“In Stein v. CortÃ©s, the U.S. District Court denied the Department of State’s motion to dismiss plaintiffs’ claims that the use of paperless Direct Recording Electronic voting machines (DREs) may violate voters’ federal constitutional rights, specifically First Amendment, due process, and equal protection rights, based on the risk of casting an ineffective vote and based on the unequal use of DREs in some counties but not others,” the state’s statement said.

“Without admitting liability and to avoid the uncertainty of further litigation, the Department of State entered into the private settlement agreement,” its statement continued. “We have agreed that the Secretary of State will continue to direct each county in Pennsylvania to implement these new voting systems by the 2020 primaries, so that every Pennsylvania voter in 2020 uses a voter-verifiable paper ballot. In addition, we have agreed that the Department of State will assemble an informal work group to develop best practices for post-election audits, with the work group’s report due by January 2020, a pilot audit program in place in 2021, and auditing fully implemented by the 2022 general election.”

Stein on the Litigation

Stein said the Greens’ persistence in federal court proved pivotal, because the state’s actions surrounding the 2016 election were not getting a sympathetic hearing before U.S. District Court Judge Paul S. Diamond.

“You may recall back in February this year that the Governor [Democrat Tom Wolf]—it may have been the [acting] Secretary of State [Robert Torres] that actually made the announcement—the governor suddenly did a 180 and committed to a paper trail in the next election,” she said. “It turns out that he did that on the very day that the court required that there be specific actions [remedies] in the case. That was very frightening to them, and there is a mention of that in our press release, where we note that the agreement built on the state’s statement in February... would now require voting machines with paper trails by 2020. That was the very day of the court-imposed deadline for the state to respond to the lawsuit.”

The settlement commits the state to replacing its voting machines by the 2020 election, if not sooner. The Pennsylvania Department of State is holding a series of demonstrations, including this week, for county officials to decide what system from a slate of certified vendors is best for them.

“We can go back to court,” she said. “We also have an observer who has a right to be there at all of these demos, and all of the [planning] meetings, and to basically participate in these discussions and to register their concerns. Right now, our designated hitter is [University of Michigan computer scientist] Alex Halderman.”

“He’s certainly very invested in all of this,” Stein said. “There were also five citizen plaintiffs [in the suit] who were also very aggressively involved, and this question came up in our discussions as the case was winding down and we were approaching the signing of this agreement. These are concerns raised by everybody. So we expect there to be a lot of dialogue.”

Stein reiterated that Pennsylvania has been put on notice by the federal court.

“We do believe the court is very firmly on our side,” she said. “There was a big turn in the negotiations when it became clear that the voting system in Pennsylvania was a hot mess. And if we needed to handle this in court, they [the court] were prepared to go discovery [evidence gathering] very soon, and that would be really problematic for Pennsylvania, because of the extremely embarrassing state of its election laws.”

When asked about possible new voting system purchases and the audit protocols to be adopted, Stein was both optimistic and wary.

“I remain somewhat in a wait-and-see mode as to how this is going to sort out,” she said. “It feels like this is one of many critical domains right now in our democracy that is extremely vulnerable, and the way forward is not entirely clear. It just may be that we have to proceed one step at a time and find out, seeing how this works in the field.”

The Greens have a history of filing presidential recounts—as does the Libertarian Party. Stein was well aware that many states will be buying new voting systems in the next year or so, and that the need for trustable election results was paramount—especially as the White House and GOP keep saying elections are being stolen if they don’t win.

“This is a post-truth world,” Stein said. “We really need to get our bearings about where we are, and we need to use radical transparency and accountability so we can affirm what our truth actually is. Nowhere does that matter more than in our elections.”

Needless to say, the Greens would like to see many democracy reforms to make voting more participatory and transparent.

“The radical solution that’s always been out there, since the first time I tuned into this issue, was make Election Day a holiday,” Stein said. “So people vote and there are citizen watchdogs who proceed to count the votes. And this is a physical count [of paper ballots]. This is a complex ritual of democracy. It doesn’t happen quickly. It’s very complicated. But there are eyeballs on this, constantly, from all sides, as well as from non-partisans.”

“And that’s the other critical overarching issue here, which is, if we want to have good systems that in the end serve the public, we need to take this whole thing out of the hands of partisan elected officials,” she said. “This should be non-partisan from the get-go.”