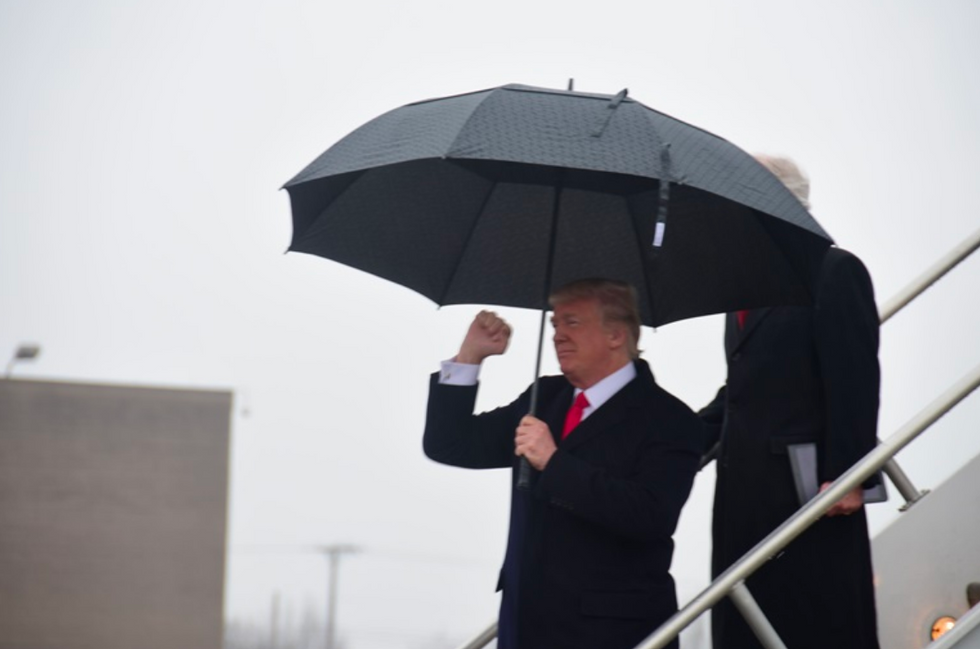 The White House on Monday confirmed that President Donald Trump will not visit Arlington National Cemetery on Veteran’s Day.

According to Washington Post correspondent Josh Dawsey, the White House announced “a lid” on presidential movements at 10 a.m. ET, meaning the president is not scheduled to leave the White House for the remainder of the day.

A lid at 10 AM. Trump will have no movements today, per White House.

Although President Barack Obama visited Arlington National Cemetery for Veterans Day services on several occasions, President Trump has chosen to avoid the remembrance of military deaths at the national cemetery.

Weather.com forecasted a 100 percent chance of rain at Arlington National Cemetery on Monday.