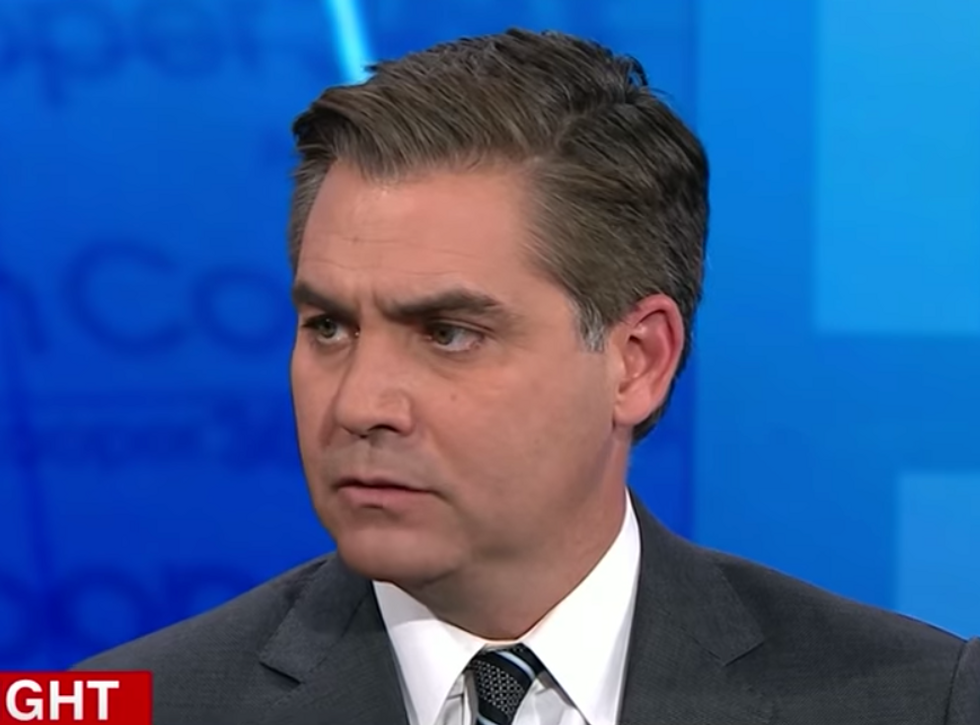 CNN reporter Jim Acosta had his press credentials for the White House fully restored Monday after they had been pulled in response to his critical questioning of President Donald Trump about his anti-immigrant smears.

A court had already ordered the credentials to be restored, issuing a preliminary finding that the White House had violated Acosta's right to due process. The White House had considered only restoring the pass temporarily for the time required by the judge, but it caved and issued a full restoration Monday.

However, in addition to the restoration of Acosta's pass, Press Secretary Sarah Sanders issued new draconian rules for the press corps:

In issuing these rules, the White House apparently hopes to be able to suspend reporters' credentials without running afoul of due process protections.

"So, out of their Acosta nonsense, the White House has made it a punishable violation for anyone to say 'could you please address the specific question I asked,' 'could you please provide an example,' or 'that’s actually not true' without their permission?" asked Toronto Star reporter Daniel Dale. "This has basically been standard procedure - don’t hog the mic, don’t ask a bunch of questions if the president wants to move on - but there hasn’t been a rule saying that asking a second question they didn’t approve is punishable by being kicked out of the White House forever."

Asking follow-up questions without explicit permission is so ubiquitous that it's hard to imagine the White House will punish every reporter who does so. However, Trump and Sanders are almost guaranteed to selectively use the rules when they want to punish specific reporters, perhaps for entirely unrelated reasons.

If it does so, the White House should expect to find itself back in court.