What Trump doesn't understand about business could fill a truck 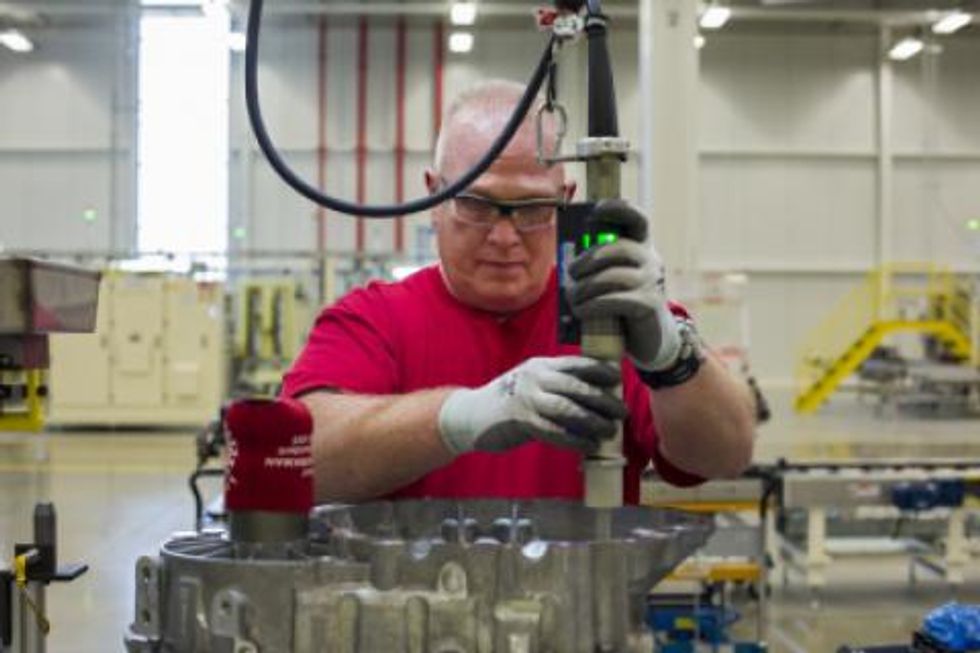 Donald Trumps’ reaction to General Motors plans to close five North American plants and lay off nearly 15,000 workers reveals how little Trump knows about business, technology and the effects of a major tax law he signed.

It also reveals how worthless his campaign promises to voters were.

Now America is losing four GM plants, Canada one. We can reasonably expect other American factories to close, too, including those that supply parts as the long economic boom that began early in the Obama Administration runs out of energy.

Just nine days before the 2016 election, Trump promised voters that “I will bring your jobs back. And I will keep companies from leaving Michigan, firing the workers, opening plants in Mexico and other places.”

Our Constitution grants him no such power to dictate where companies build factories. But Trump has shown that he has no regard for our Constitution’s limits on presidential power.

The Trump business model is a Mafia bust-out scheme. He’s a cash extractor, a financial vampire.

Trump went on to accuse politicians generally of being economic traitors who report not to American voters, but foreign governments, a preposterous lie that drew applause:

Of course, what motivates GM is what its executives and directors believe is in the best interests of the company and its shareholders, not what Trump wishes they would do to help him acquire and hold onto power.

Marick Masters, a business professor specializing in labor economics at Wayne State University in Detroit, explained that the GM job cuts are “more of a strategic adjustment by General Motors to prepare itself for a future in which it’s trying to get ahead of the technology curve.”

As ride-sharing programs like Uber and Lyft expand GM and others will be making fewer cars.  This trend will be accelerated as self-driving trucks and cars take hold, allowing people to get a vehicle on demand instead of having them sit idle for 23 or so hours each day so they can travel when needed. Then there is the shift from vehicles that burn gasoline and diesel and toward those powered by electricity, which also came under attack from Trump who denies the existence of climate disruption and favors burning more coal and petroleum.

Improved manufacturing efficiency means that fewer good-paying automobile assembly jobs. That can be a benefit to America over time, painful as it is in the short run to auto workers who get pink-slipped.

More than a decade ago Harbour Consulting, known for its deep insights into the costs of vehicle manufacturing, noted that “Improved labor productivity allows money to be redirected to make future vehicles more appealing.”

The automotive industry has known for years that the future would mean fewer jobs. At the most efficient auto plants it takes less than 14 hours of labor to assemble a vehicle, though at some less efficient plants it takes 33 hours, Motor Trend revealed a decade ago.  At the turn of the century nearly 1.4 million people were employed building cars, trucks and parts, but today the number is below 970,000, a decline of about a third, government data show.

This trend has long been obvious to anyone who actually studied economics. That Trump does not acknowledge that there will be fewer auto industry jobs in the future provides further evidence that Trump was given a bachelor’s degree in economics by the University of Pennsylvania, but did not earn his diploma through study.

A fundamental trend that Trump does not grasp is that more and more industrial work is being performed by capital, in the form of machines, and less and less work is performed by people using their hands and backs.

Professor Robert Ashford of Syracuse University promotes the idea that all workers should be paid in part with capital, which he calls “inclusive capitalism.”

Ashford explains how capital performs work with the story of a poor man who gets a job hauling sacks of grain on his back. From his pay for this arduous labor, he saves some of his money and buys a donkey. The donkey, a form of capital, can carry more grain, allowing the man to earn more money and to increase his savings until he can buy a pickup truck, which in turn allows him to make and save more so he can buy an 18-wheeler that can haul more grain in a day than he could in a year.  Notice that as the man’s income grows the work is being done not by his labor, but by his capital.

Individuals cannot build their own auto plants, of course. Automobile factories are multibillion-dollar investments that take years to plan and then build. They also are designed to use less and less human labor over time as robotic arms replace humans with welding torches and components parts are designed for quick and easy assembly.

Similarly, when the first steel was made in India millennia ago it took years of labor to produce one ton of steel. Today a ton of steel requires less than 40 minutes of labor.

Vanquished cities in the ancient world often paid tribute to their conquerors not in gold or jewels, but in much more valuable steel. This is a running theme in the HBO television series Game of Thrones, where Valerian steel swords are prized above all other weapons. Today steel is cheap and easy to make, its central role in the American economy of the Eisenhower-Kennedy years long ago replaced by innovative digital services.

And it’s smart to do assembly, which accounts for only about 15% of the value in vehicles, near where they will be sold so making cars in China for Chinese buyers, as GM does, makes sense. That Chinese government requires local assembly, just as Brazil does, is a matter properly negotiated as a global trade issue. Manufacturing and trade rules are valid subjects for revision and refinement, but that requires smart and informed negotiators and often involves other trade-offs, such as political-military diplomatic and national security concerns of mutual interest.

Trump understands none of this. All he knows is slogans and attacking those whose self-interested actions do not fit with his hollow promises. Look at his tweets after GM announced its plans.

“The U.S. saved General Motors, and this is the THANKS we get!”

His tweet seems aimed at the federal tax credit for electric vehicles (disclosure: my wife and I lease a Chevrolet Volt). His rhetoric is not to encourage domestic investment in auto manufacturing, but to propose punishing GM for making electric vehicles here in America and discouraging those who buy or lease them from continuing to do so.

Among the vehicles GM said it will stop making, not incidentally, is the Volt. The fate of its all-electric Chevy Bolt, a very slow seller, is uncertain, but GM ’s plans to move toward battery-powered and self-driving vehicles are clear.

Before Trump, remarks like those in his tweets would have evoked howls of protest from Republican lawmakers, the editorial pages of publications like The Wall Street Journal and others about improper political interference in business decisions. American presidents are not dictators, but servants of the people whose duty is to faithfully execute the laws Congress makes. Again, Trump doesn’t understand this or doesn’t care, speaking as he often does as if he is a dictator, albeit one stymied by federal judges and Congress.

Trump’s unconditional promise to voters about no factories closing was both impossible to keep and silly, especially for someone who promotes himself as a master businessman. But it won him votes.

Trump is not a businessman in the traditional sense of one who builds wealth, which is what GM shareholders expect over the long run and which explains its decisions to close money-losing plants.

The Trump business model is similar to Mafia bust-out schemes. He’s a cash extractor, a financial vampire. He gets control of enterprises using other people’s money and then withdraws cash as fast as he can until the firm collapses, leaving unpaid bills behind.

What no voter could have anticipated is that the Trump/GOP tax law enacted in December 2017 would favor investment overseas at the expense of domestic investment.  That’s because Trump’s tax law levies domestic profits at 21%, but profits of foreign subsidiaries pay just half that rate.

We call it the Trump/GOP tax law because it passed without a single Democratic vote in the House or Senate. It also showered the tax breaks on the richest Americans and corporations, especially multinationals like GM, Apple, General Electric and drug makers.

Implicit in Trump’s criticism of GM for seeking to maximize profits now and as the auto industry shifts into a new era is the idea that auto workers make too much. Companies build cars overseas because labor costs are often cheaper. Mexican autoworkers, for example, make about $8 an hour, half that for workers in auto parts plants, compared to almost $30 an hour for American auto workers.

Trump has proposed modest adjustments to the North American Free Trade Agreement that he claims will discourage GM and Ford from assembling cars in Mexico. If Congress approves, many Mexican auto workers make $16 an hour, still far less than American auto workers, but the rules are so vague that Mexican pay may not change much if at all.

GM and Ford would save money by keeping Mexican wages low and paying Trump’s proposed tariff on cars imported from Mexico. That tariff is just 2.5%, a sum of minor significance. The net result may be no identifiable change in North American automaking.