'Weak, humiliated and cornered': Conservative columnist explains how Trump is losing 'his grip on power' 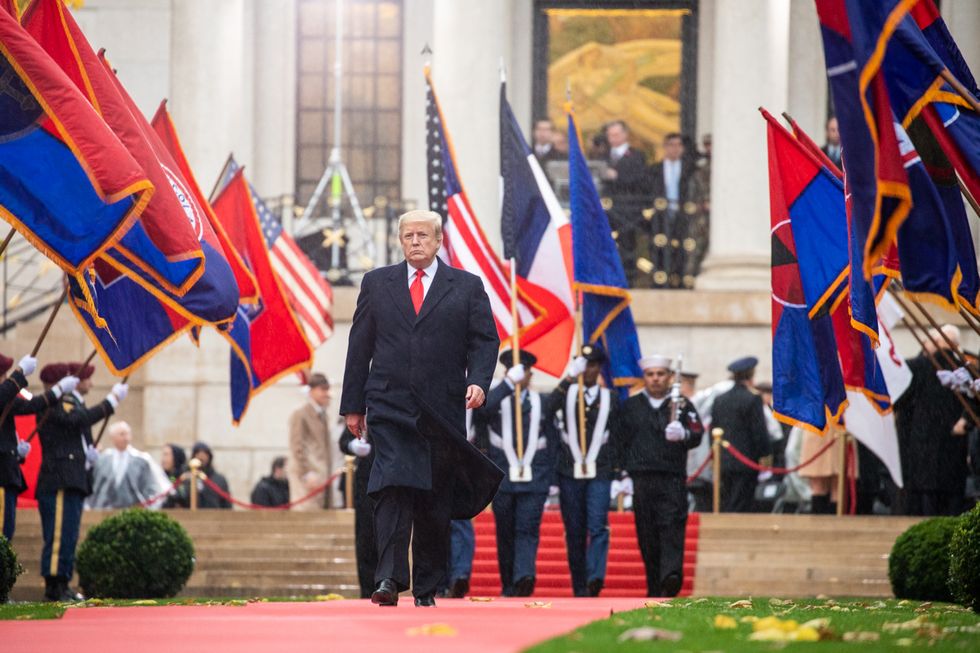 With the devastating loss of the of 2018 midterm elections, the Republican Party is looking especially weak. And President Donald Trump is responding to this blow to his party's standing by ramping up his authoritarian rhetoric, demanding the legally required Florida recounts stop while he tries to punish CNN reporter Jim Acosta for asking tough questions.

As conservative writer Jennifer Rubin argued in a new Washington Post column, Trump's desperate attempts to assert power only show how vulnerable he has become.

He is "a failing president," she argued, even as the Republican Party is "incapable of breaking with him."

"Trump is cracking up, as is the GOP," Rubin wrote.

The signs of his failure are everywhere. Rubin details his missteps and vulnerabilities, from his diplomatic embarrassments in Europe and North Korea, to the domestic failure to replace Obamacare, to his legal exposure in both special counsel Robert Mueller's investigation and the coming examination of his personal and family finances by congressional Democrats.

Trump's only solace, it seems, is that the protections of his office and the shielding of a Republican Party terrified of standing up to him will forestall the most severe consequences for his actions.

"While impeachment in a Democratic House would be both justified and doable, removal by the GOP-controlled Senate would not be remotely possible," wrote Rubin. "This does not mean the actions should be ignored. To the contrary, congressional oversight should expose the president’s wrongdoing, and the House should certainly sanction him for it. Special counsel Robert S. Mueller III’s report should provide avenues for prosecution after Trump leaves office."

Rubin's piece also contains a warning for Democrats and the rest of the country. Right now, she wrote, the president is "weak, humiliated and cornered." While this is desirable from the perspective of his critics. it also means he is prone to lash out in unpredictable ways. The more desperate he becomes, the more extreme measures he may be willing to take to reassert his power. And as long as he's the president, his capacity to wreak havoc will be unmatched.