Watch: Undercover Detroit narc squads brawl as they try to arrest each other 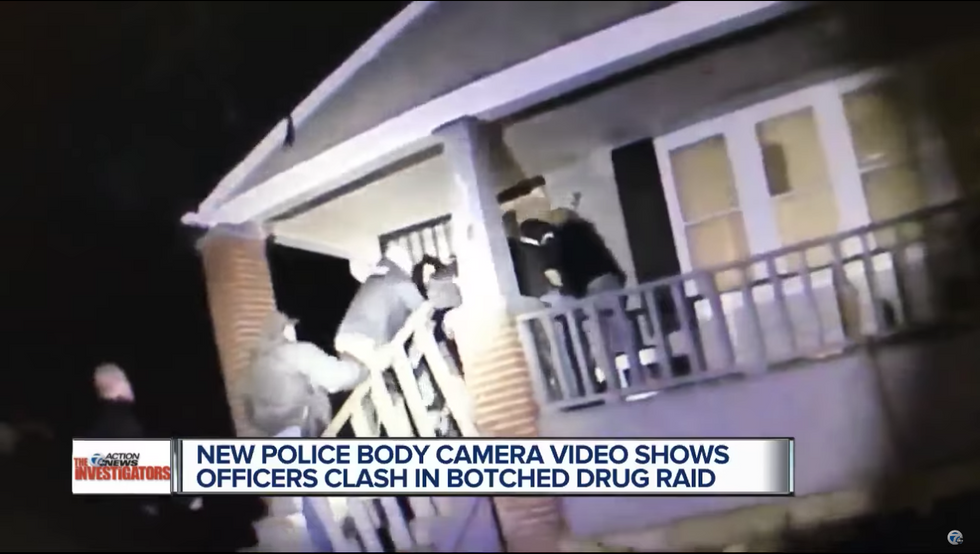 In a caper right out of the Keystone Cops, two different squads of armed undercover Detroit narcotics officers clashed earlier this month in a buy-bust operation gone badly awry. No one was hurt or seriously injured, so the primary damage is that done to the already tattered reputation of the Detroit police.

Just since the turn of the century, the department labored under a Justice Department consent decree from 2003 to 2014 because of its reputation for excessive force and brutality, thousands of untested rape kits were found in a police warehouse in 2009, two consecutive police chiefs were forced to resign over sex scandals in 2011 and 2012, and six Detroit cops including an assistant police chief were charged last year with extortion and bribery in a scandal around steering towed car business to repair shops.

Still, even Detroit Police Chief James Craig was shaking his head over this latest incident.

“This is probably one of the most embarrassing things I’ve seen in this department,” Craig said at a news conference called after the clash.

And those 11th Precinct narcs had backup and a search warrant waiting once the buy went down. That’s “when it started to go horribly wrong,” Craig said.

Body camera video shows the two groups of cops shouting, shoving, and throwing punches at each other.

“They appeared to be like Keystone Cops,” Craig said of his narc squads.

The department is undertaking an internal investigation into what went wrong. Two officers accused of punching each other have been placed on restrictive duty and a supervisor has been reassigned out of special operations pending the outcome of the departmental investigation. Wayne County prosecutors are also taking a look to see if criminal charges will be filed.

There is good reason to take this police screw-up seriously. It should call into question Detroit police tactics, especially aggressive drug law enforcement, as well as police procedures that allowed the mishap to occur in the first place.

But there’s another reason, too: These kinds of screw-ups get cops killed. In 1986, Detroit Police Officers Giacomo Buffa and Mark Radden were killed when Buffa and his partner, both in plainclothes, were doing a drug raid at a home and Radden and his partner, also in plainclothes, responded to a report of shots fired at the home. Both officers died in a hail of friendly fire.

Here you can see Detroit’s finest at less than their finest:

'I'm not releasing the video — this is done': NC DA gets defensive after announcing no charges in police shooting