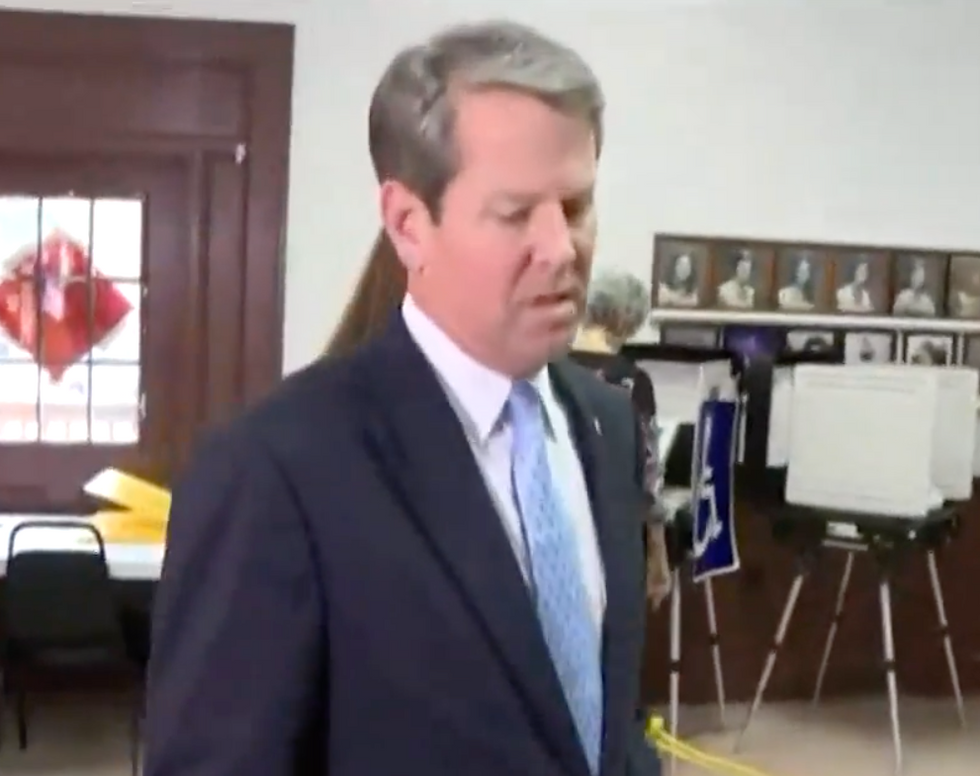 Georgia Secretary of State and GOP gubernatorial candidate Brian Kemp had problems with his voter ID when he went to cast his ballot on Election Day.

“It turns out his voting card was invalid,” a reporter with Atlanta’s WSB-TV revealed in a video report on Kemp’s issues voting at his polling place in Winterville, Georgia.

The ABC affiliate did not explain what the issue with the GOP candidate’s identification was and added that Kemp was eventually able to cast his ballot.

On November 2, a federal judge struck down Georgia’s “exact match” voter ID law that, according to NPR, flagged “voter registrations that have discrepancies with other official identification documents used by the state.

U.S. District Judge Eleanor Ross called the law a “severe burden” on voters after the NAACP and other civil rights group filed lawsuits against the state and claimed the law disenfranchised minority voters.

Kemp has been accused of suppressing minority votes repeatedly this election cycle as he ran against Democratic candidate Stacey Abrams who would become the first black female governor in the country if she wins.

On Election Day, allegations of voter suppression at the hands of the secretary of state were raised again when two precincts in largely African-American districts reported that they could not turn on electronic voting machines because they were not provided power cords.