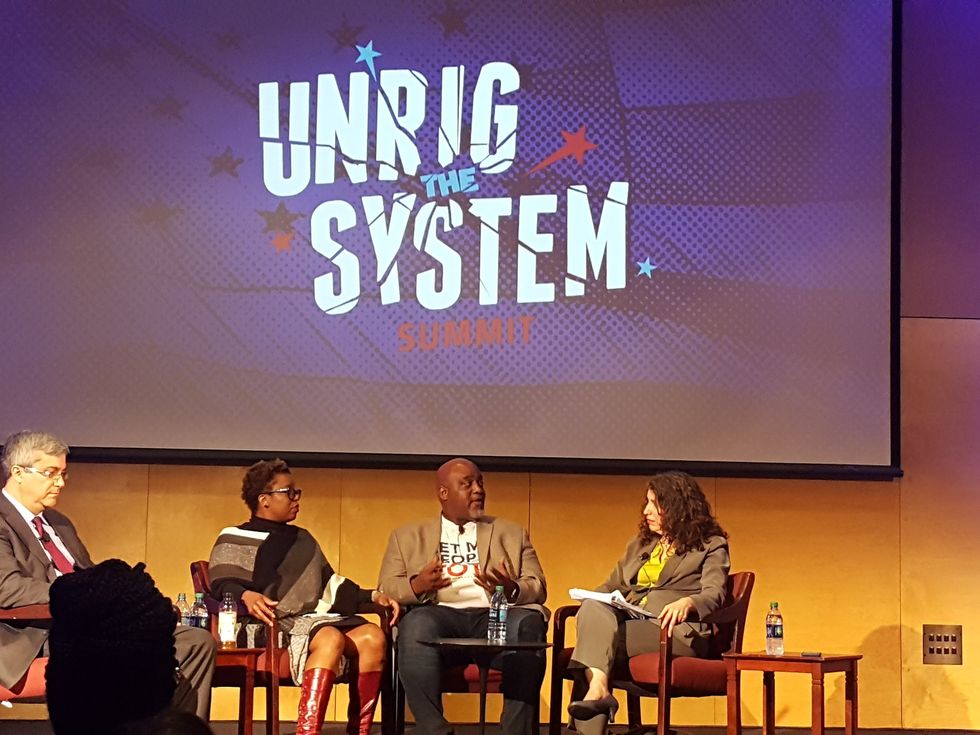 As the GOP's attacks on voting rights continue across the United States—from Georgiato North Dakota and Kansas—and a massive coalition of progressive groups has formed to break the hold that powerful corporate and wealthy interests have on American democratic institutions, the recently released documentary Rigged: The Voter Suppression Playbook aims to reveal, "in chilling detail, the dark genius behind the ten-year Republican strategy to reverse the rising demographic tide of minority voters."

Filmed during the 2016 election, Rigged was released just ahead of 2018's highly anticipated midterm elections. The documentary sheds light on strategic efforts by members of the Republican Party at all levels of government, in the wake of former President Barack Obama's historic 2008 win, to make it more difficult for Americans—particularly the young and non-white citizens who helped drive Obama's initial presidential victory—to access their constitutional right to vote.

The full documentary can be screened online for free here. Watch the trailer:

Despite the ongoing voter suppression efforts detailed in the new film, reports of "unprecedented" turnout for early voting are generating cautious hope among progressives that this election could lead to victories that enable Democrats to reverse measures such as voter ID laws enacted by Republicans over the past decade. While record numbers of black, Latino, and youth voters already have headed to the polls, voting rights advocates continue to emphasize the importance of getting to the ballot box Tuesday.

"Now more than ever, we have to vote as if our rights depend on it," declared Hedy Weinberg, executive director of the ACLU of Tennessee, which hosted a public screening of the film last month "to help people fully understand not only the effort to suppress votes nationwide, but—more importantly—to encourage people to fight back by exercising their right to vote."

Some Americans, however, won't be able to participate in the upcoming midterms—because they have been convicted of a felony, lack the identification their state requires, can't register on the same day as an election, or simply can't get to their assigned polling center.

"Millions will be excluded on Tuesday—the voting system is shamefully rigged against ethnic minorities and the poor," Gary Younge wrote in a column for the Guardian published Friday. "Whoever wins on Tuesday, democracy will have already lost."

Despite what Younge aptly describes as "a profoundly unfair and broken process," some advocacy groups and candidates campaigning for public office remain optimistic that next week's election results could provide pathways to repairing the American electoral system by enabling challenges to gerrymandering and measures that strip Americans of their constitutional rights.

"I hope Rigged sounds an alarm that wakes America up to what we, as a nation, are losing—government by and for the people," said Jeffrey Wright, award-winning actor and narrator of the new film. "The suppression of American voters is something we thought our country had moved past, and yet here we are in the 21st century still engaged in this battle over fundamental rights—a battle that began centuries ago and that Americans gave their lives fighting. This is a story that needs to be told—and heard."