The View’s Joy Behar Shuts Down Meghan McCain and Abby Huntsman for Claiming SNL Comedian’s Veteran Joke Was Off-Limits: ‘He Has a Right to Do It’ 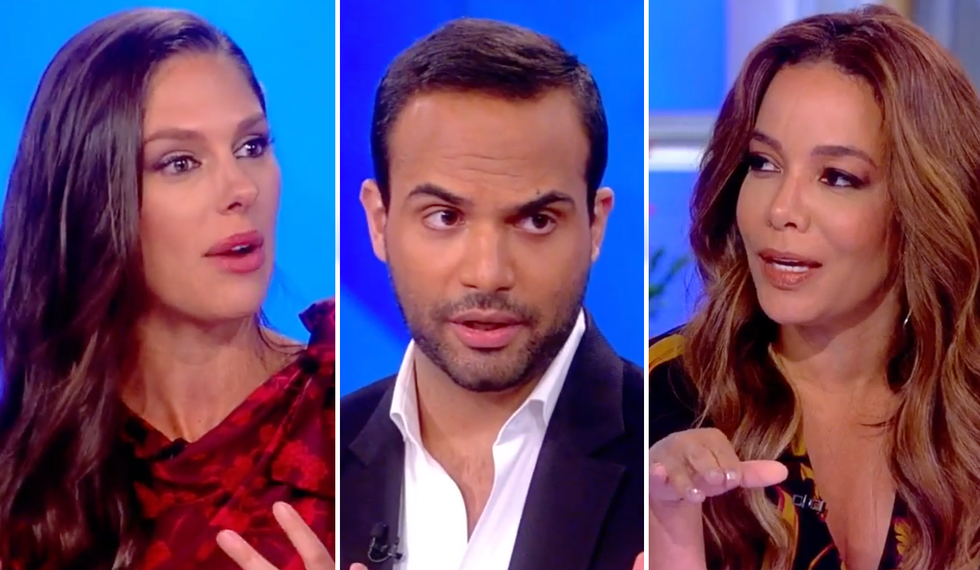 “I'm sorry, I know he lost his eye in war or whatever,” Davidson acknowledged.

Discussing the controversy on Monday, Behar sided with Davidson.

“‘Saturday Night Live’ doesn't take any prisoners,” Behar said. “They've been on the air for like, what, 40, 50 years now? They took a shot at Alec Baldwin, who’s part of their family, so they go after a lot of people. And this kid Davidson, his father died in 9/11, and he said, ‘I like making things out of dark, awkward, weird things that you don't really find funny, funny. There's nothing I won't joke about and I think it's because of what happened to me.’ So he's coming from a place of, you know, you make fun of things that are so painful to lighten the load. That's where he's coming from.”

“But it's because of those veterans that allows him to sit and do that job every day, to tell those jokes,” conservative Abby Huntsman said. “I'm bummed because I really liked Pete Davidson and I thought it was completely tone-deaf and not just him but the producers behind him that helped write it. It's not like free speaking. He's looking at note cards when he's reading it. So this was all rehearsed and planned in advance.”

“Crenshaw is a Navy S.E.A.L. Who did five tours of duty,” Meghan McCain interjected. “He lost his right eye when he was hit by on IED blast in Afghanistan and returned and did another deployment two more times. I’m sorry, I had such a problem with this over the weekend. I'm not a snowflake. I can laugh at jokes. I would think if your father died in 9/11, I don't know his story at all, but maybe you would be more empathetic to people who sacrifice.”

“Why take pot shots at people who have served and made such sacrifices?” she asked.

Goldberg explained that the real problem was "the joke wasn't funny."

“It just wasn't funny,” Goldberg said. “The joke wasn't funny. When I say it's in bad taste, if it's not funny, it's just not good.”

“Is it ever okay to make fun of vets?” Huntsman asked.

Sunny Hostin insisted while she’s “not that easily offended,” Davidson’s joke seemed “like such a sucker punch,” adding the comedian should apologize for making fun of a veteran’s appearance.

“But they do it all the time over there,” Behar said. “Offensive humor is their stock in trade.”

“It's not funny,” Goldberg replied. “Humor is the operative word.”

“He said that's how he deals with it and that's fine if he finds catharsis in comedy which a lot of people do but that doesn't give him the right to take shots at someone else's service and people's physical pain,” McCain complained.

“He has a right to do it,” Behar explained. “You have a right to speak out against it. I mean this is what it’s all about.”

“If ‘SNL’ wants to be in the game where you make fun of wounded veterans, that's a hill you'll die on alone,” McCain said.

“If you're making fun of veterans, even if it is funny, it should never happen,” Huntsman offered, prompting Behar to demand who else is on her list of people you can’t make fun of.

“I think veterans are in a different category,” Hunstman insisted.