Trump's shady attorney general knew his company was swamped with complaints of fraud - but promoted it anyway: report 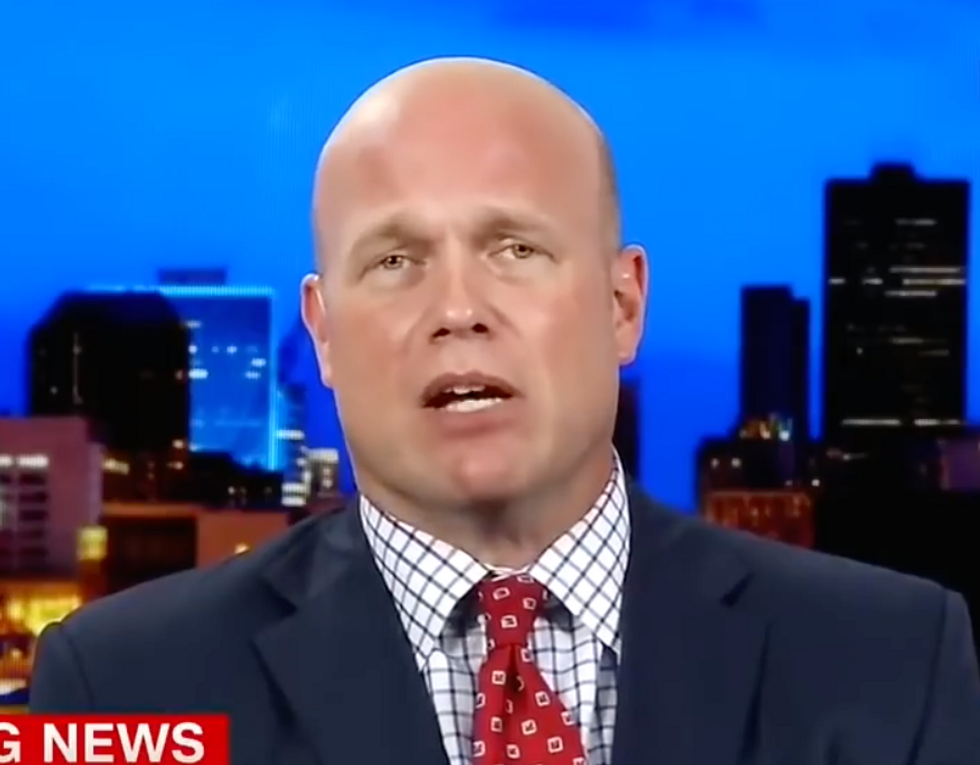 The new Democratic majority in the U.S. House of Representatives will have all kinds of investigative and subpoena powers after being seated in January 2019, and one of the many things they might be taking a close look at is Acting Attorney General Matthew G. Whitaker’s involvement with a Miami-based marketing company called World Patent Marketing—especially in light of the complaints received by the Federal Trade Commission (FTC) when Whitaker was on WPM’s advisory board. And FTC documents released on November 30 in response to a public information request show how deeply Whitaker was involved with the company even when complaints were coming in.

Whitaker joined WPM’s advisory board in 2014, and the company received complaints from customers that year as well as in 2015. The FTC eventually filed a complaint against WPM for allegedly cheating its customers—some of whom reportedly lost their life savings.

Public records, according to the Washington Post, show that in May, a federal court in Florida ordered WPM to pay a settlement of over $25 million and close down.

Whitaker, the Washington Post reported Friday, “did little to assist” the FTC’s investigation of WPM. Once in a public position, though, he seems to have changed his tune. In an October 2017 message, Whitaker told the FTC, “I didn’t know that you had served a subpoena. I am now at the Department of Justice here in Washington DC, as the chief of staff to the attorney general; so, I want to be very helpful.”

But questions have emerged about whether Whitaker was entirely forthright with the commission.

Bloomberg reported Friday on Whitaker’s communications with the FTC, initially claiming that he may have misled the commission after becoming acting attorney general by telling the FTC’s James Evans that he “never e-mailed or wrote to consumers” when he was with WPM, citing a message reviewed by the outlet. But Bloomberg has since issued a correction.

Bloomberg had said that in 2015, Whitaker wrote a letter to a “disgruntled customer” who was threatening to report WPM to the Better Business Bureau. But, as the Washington Post reported, the person that Whitaker wrote to wasn’t actually a consumer.

The Washington Post’s Carol Leonig tweeted, “The records I have reviewed do not show Whitaker writing to a consumer, but to a former business partner of the company CEO.” And former federal prosecutor Renato Mariotta, now a CNN legal analyst, responded, on Twitter, “If the @washingtonpost reporters are correct, Whitaker's statement may have been misleading but not technically false.”

But providing information that is “not technically false” — but still misleading — is hardly a strong defense for the person leading the federal government’s law enforcement department.

Democratic Rep. Elijah Cummings—who will be taking over as chairman of the House Oversight and Government Reform Committee in January 2019—is asserting that Whitaker should have been more proactive when told about alleged fraud at WPM.

The Washington Post quoted Cummings as saying, “These new documents suggest that Mr. Whitaker was personally aware of allegations of fraud by World Patent Marketing and its CEO at the same time he was receiving payments as a member of the advisory board. If true, this is extremely troubling and raises serious concerns about his fitness to serve as acting attorney general and whether he was properly vetted for this critical position.”