Trump's New Attorney General Slammed as a 'F*cking Fool' and a Suck-Up Inside the DOJ: Report 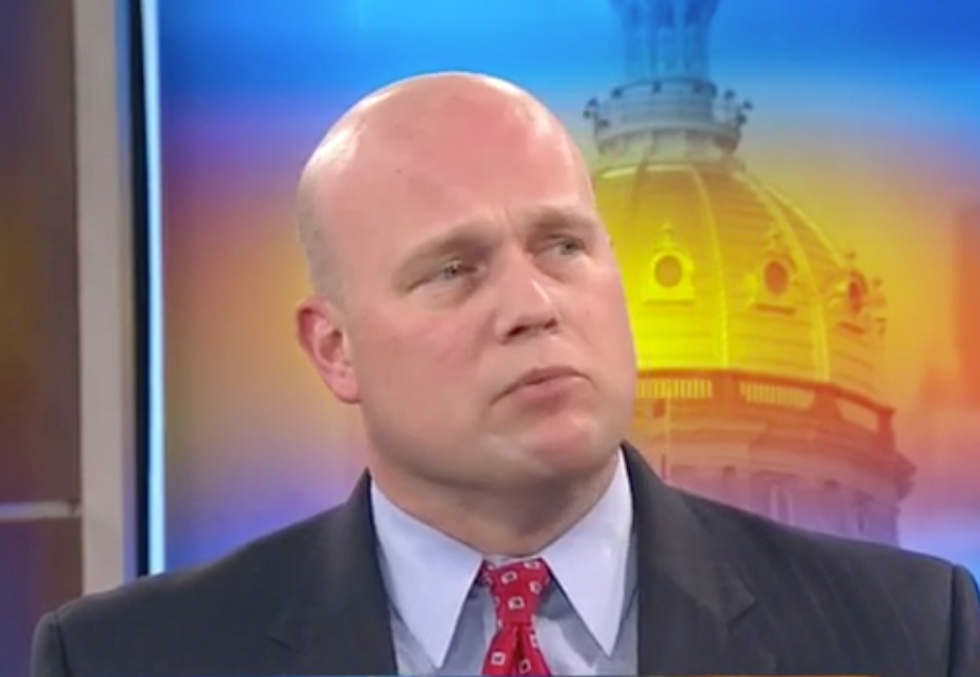 Inside the Department of Justice, President Donald Trump's newly — and dubiously — appointed Acting Attorney General Matthew Whitaker is already being derided, according to a new report by the Daily Beast.

“He’s a fucking fool,” one attorney told reporter Erin Banco of the new appointee, who served as chief of staff for the previous attorney general, Jeff Sessions “He’s spent so much time trying to suck up to the president to get here. But this is a big job. It comes with many responsibilities. He just simply doesn’t have the wherewithal.”

Trump finally removed Sessions after criticizing him publicly for over a year. In a clear attempt to avoid voter backlash, Trump asked for Sessions to resign the day after the midterm elections. He bumped up Whitaker into the top spot over Deputy Attorney General Rod Rosenstein in a move many experts have called unconstitutional and illegal for no other apparent reason except to gain control of the Special Counsel Robert Mueller's investigation.

Banco reports: "Whitaker is seen as a rogue and underqualified new leader whose impact won’t just be felt on the Mueller probe but throughout the federal government."

“We’ve seen this over and over again with the Trump administration. They never vet these people,” a former department official told Banco. “It shows that they don’t really have a strategy when it comes to these things and then they end up having to backtrack.”

It's not just department insiders who have this view. In a column on Thursday, Washington Post contributor Ruth Marcus denounced Whitaker as a "crackpot."

She noted that he has proposed that judges should have a "Biblical" view of the law and that Marbury v. Madison, the fundamental bedrock of American jurisprudence finding that the Supreme Court is the ultimate arbiter of the Constitution, was wrongly decided.

"Marbury was wrong. Religious tests for judges," wrote Marcus. "If you thought the big worry about Whitaker was how he would handle special counsel Robert S. Mueller III, that might be just the beginning."