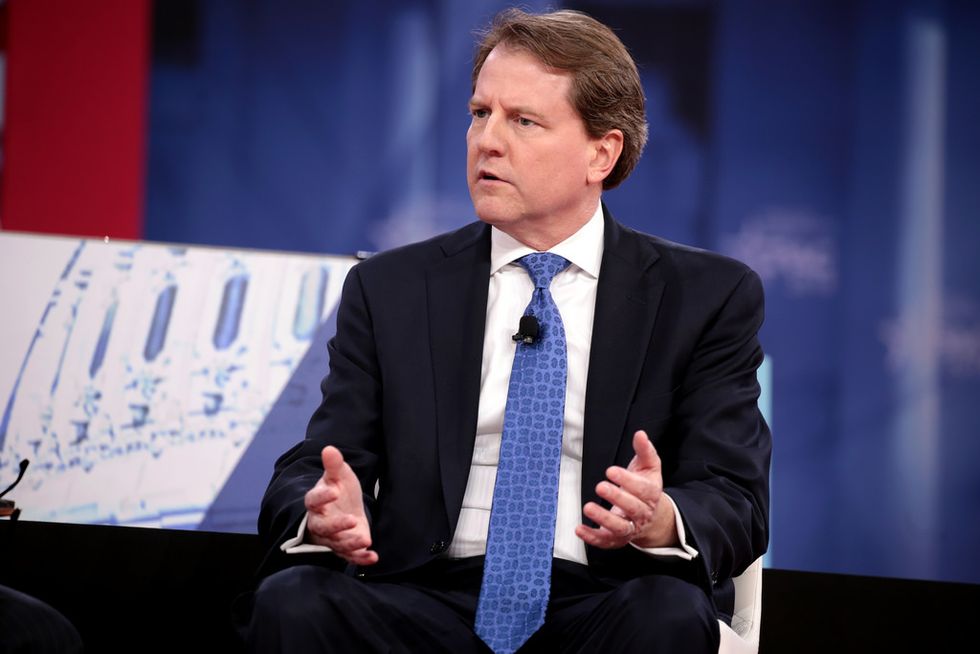 The unindicted co-conspirator isn't having much better luck with this White House counsel staff than he is his personal lawyers. "Denuded and shrinking," is how one Republican described it, and ill-prepared for the actual exercise of checks and balances the 2019 Democratic House promises.

Once Don McGahn, the last senior attorney in the Office of Legal Counsel, got his buddy Brett Kavanaugh onto the Supreme Court he jumped ship. The one on tap, Pat Cipollone, is still in the midst of a background check and also has to finish up work in his private practice. Deputy Counsel Annie Donaldson is getting ready to leave with her husband, Brett Talley. He's the guy Trump nominated for the judiciary who was forced to withdraw after his racist, ghost-hunting and total lack of qualifications beyond having a spouse in the administration (which he failed to disclose in his Senate paperwork).

The office has shrunk to around 25 people, reportedly, down from the previous 35 and far short of what will be needed to deal with a real Congress intent on investigating myriad avenues Trump presents: tax returns, emoluments, ties to Russia, ties to Saudi Arabia and on and on, not to mention his wholly corrupt stable of cabinet officials. That'll take at least 40 staff attorneys to deal with.

"They only have roughly 20 dedicated White House lawyers and a bunch of detailees who could leave at any time," one former White House official told POLITICO. "I don't think anyone who is paying attention thinks they are prepared for a Democratic takeover."

Republicans seem to be enjoying dishing on the White House. "When the head guy is leaving, it is hard to find replacements," one tells Politico. Particularly in this administration is implied. It's only going to be harder to find them now that there's an actual threat coming from Congress.