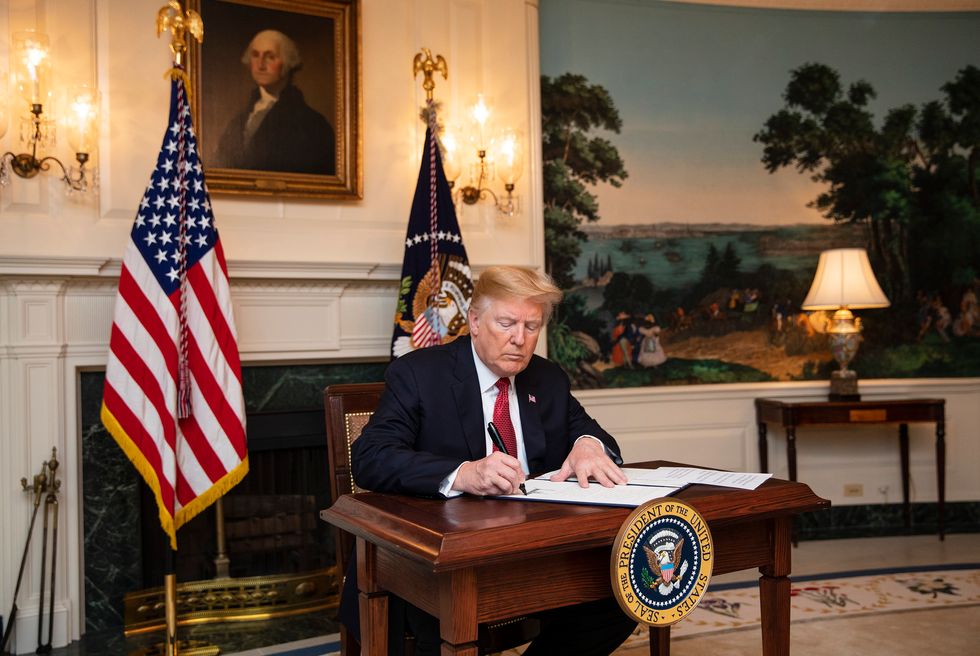 Human rights groups denounced President Donald Trump's flouting of federal and international law Friday after the Trump administration announced new rules giving the president the authority to deny any asylum to any migrant who enters the United States without going through an official point of entry.

"U.S. law specifically allows individuals to apply for asylum whether or not they are at a port of entry. It is illegal to circumvent that by agency or presidential decree," Omar Jadwat, an attorney for the ACLU, told the Washington Times.

Trump is expected to announce on Friday which countries the new rule will apply to, but critics say he is clearly targeting the small group of Central American migrants who are currently traveling to the U.S. from Honduras, after escaping violence and unrest.

America has always been a country that has offered asylum to at least some of those in need. But Trump is slamming… https://t.co/8tsuDDeJ7I
— Joyce Alene (@Joyce Alene) 1541713426.0

This is nothing more than a mean-spirited, cruel assault on vulnerable people seeking asylum. This will do NOTHING… https://t.co/sqiNK7oHIC
— Senator Bob Casey (@Senator Bob Casey) 1541733156.0

The administration invoked powers meant to keep Americans safe from national security threats in unveiling the new rule—continuing to portray the refugees as a dangerous group as Trump and other Republicans did leading up to the midterm elections.

"I have seen firsthand the impact of inhumane and unlawful policies that have traumatized people fleeing danger when I visited Tornillo, Texas," said Margaret Huang, executive director of Amnesty International USA, in a statement. "Criminalization of asylum seekers rather than compassion has created some of the most shameful policies I've ever witnessed in this country. The narrative that people seeking refuge are a security threat is a manufactured crisis by the Trump administration rooted in the politics of hate and fear."

"The new measures adopted today by the U.S. Department of Homeland Security and Department of Justice, under the orders of President Trump, barring those entering the United States between ports of entry from applying for asylum, are a direct violation of Article 31(1) of the United Nations Refugee Convention, to which the United States is bound," said Kathryn Hampton, program officer for Physicians for Human Rights, in a statement.

Days after taking office in January 2017, the president cited those same executive powers under the Immigration and Nationality Act to issue an executive order banning travelers from several majority-Muslim countries from entering the U.S., setting off international protests as well as a number of lawsuits filed by the ACLU and other immigrant rights groups.

Under international and federal law, Trump is required to grant asylum to anyone who credibly claims to have left a dangerous home country in order to come to the U.S., regardless of where the asylum seeker enters the country.

"In its rush to obstruct asylum seekers, the administration is attempting an end run around the law," Beth Werlin, executive director of the American Immigration Council, told the Guardian. "Congress has spoken clearly. Individuals are not required to ask for asylum at a port of entry. Any person in the United States must have access to the asylum process."