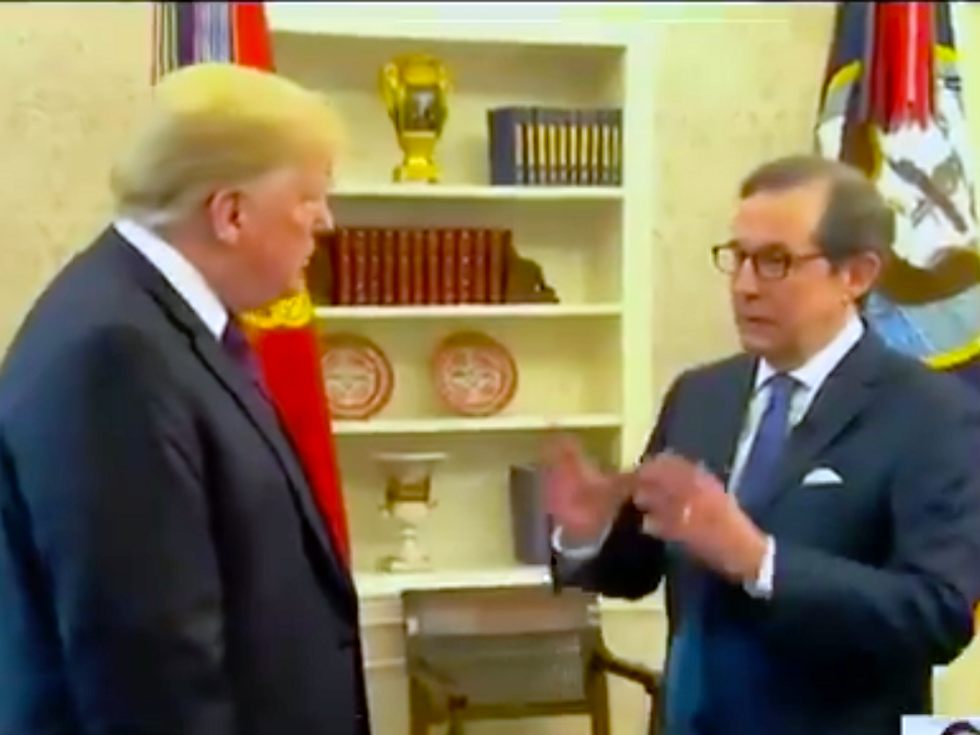 President Donald Trump drew a lot of criticism when, during his post-midterms visit to Paris, he missed a celebration honoring U.S. soldiers who were killed in combat during World War I. The reason: rain. More criticism followed after Trump returned to the U.S. and missed a Veteran’s Day ceremony at Arlington Cemetery near Washington, DC—and during an interview with Fox News’ Chris Wallace, he didn’t do a very good job of explaining himself.

When the conservative Wallace asked Trump why he didn’t attend the Veteran’s Day event, he responded, “I should have done that. I was extremely busy on calls for the country. We did a lot of calling, as you know.”

Wallace interjected, “But this is Veteran’s Day”—to which the president responded, “I could have done that….I was extremely busy because of affairs of state, doing other things.”

And when Wallace asked, “Why?,” Trump responded, “But I would have. I would have done it.”

The event that Trump missed near Paris was held at the Aisne-Marne Cemetery and Memorial, where more than 2300 American war heroes are buried. That event was attended by French President Emmanuel Macron, German Chancellor Angela Merkel and other European leaders who were no doubt hoping that president of the United States would attend.

But Trump, thanks to rain, was nowhere to be found.