Trump Hates the American Public - Here's How He Reveals His Disdain 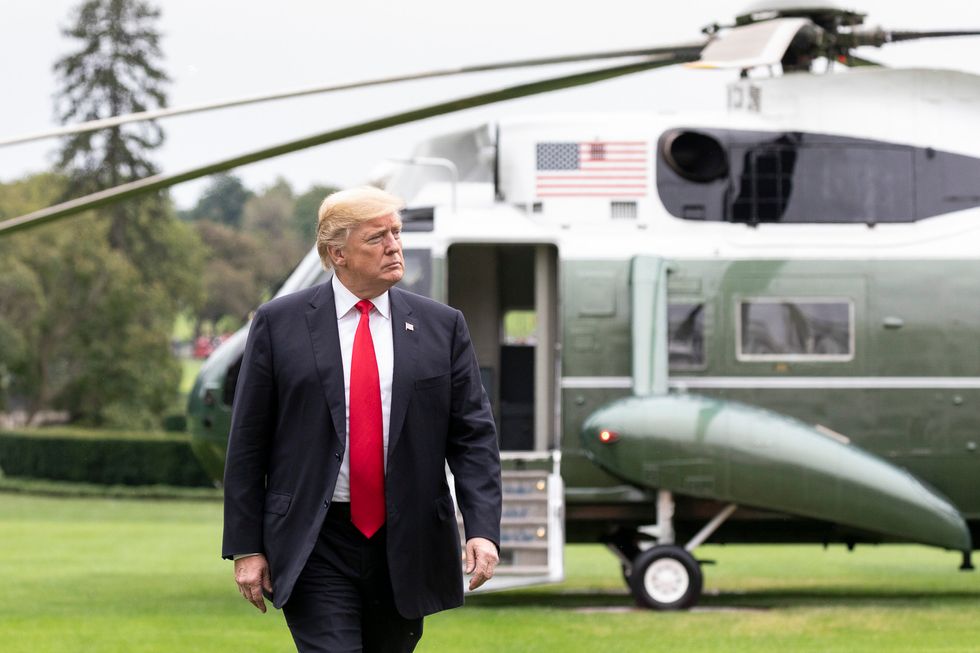 Donald Trump hates you. But don't take it personally, he hates me, too -- and all of us who constitute The Public. The billionaire's antipathy is not directed at us as individuals, but as users of publicly provided services -- such as schools, parks, health care, buses, collective bargaining, libraries and environmental protections. From his privileged perspective, all of that is welfare, nothing but an expensive waste that puts burdensome taxes and annoying regulatory constraints on the entrepreneurial creative class, i.e., him. Moreover, as he's made clear, it galls him that the American people as a whole own such a wealth of shared assets, benefits and programs. He sees no need for them, apparently unaware that the great majority of people clearly do need, use -- and want -- more of them!

But being The Donald has always meant not caring (or even noticing) what common folks want or need. As we've witnessed again and again, his presidential policies (incarcerating terrified refugee toddlers, pushing a trillion-dollar tax giveaway for the superrich, etc.) routinely reject the public interest and the people's will. Instead, they're based on his narcissistic desires, personal biases, insecurities and assorted right-wing furies screeching inside his head.

All of those psychic forces have been in play again as Trump and his gang of GOP accomplices have quietly but intently pursued an aggressive policy of taking as much of America's common wealth from the public domain as they can. A few of their robberies have briefly popped onto the media radar (Scott Pruitt's bloody axing of the EPA, for example). But the totality of their daily, furtive efforts to constrict, deconstruct, eliminate or privatize all things public has largely gone undetected -- and, thus, not widely challenged. It's time to pay attention. In less than two years in office, they've already laid siege on such public assets as:

They've whacked park service budgets, forcing reductions in hours, staff, amenities and basic maintenance work. And various Trumpeteers are pushing, both publicly and privately, to open these spaces to everything from fracking and uranium mining to luxury homes and private resorts.

Trump's interior secretary, Ryan Zinke, has drastically shrunk the size of several national monuments, and he ordered that fracking must be allowed on all federal and tribal lands. Trump's Fish and Wildlife Service has unilaterally opened America's national wildlife refuges to biotech pesticides and GMO crops. Trump signed a bill allowing Big Oil drilling rigs and pipelines into the pristine Arctic National Wildlife Refuge. A 2017 Trump order allows new offshore drilling in nearly all coastal waters, endangering not only the environment, but also thousands of local fishing and tourism businesses. And the Trumpsters are mounting a "No More National Parks" campaign while pushing schemes to privatize and sell these national resources to corporate profiteers for their short-term gain.

While Team Trump has been working tirelessly to save corporations from the "burden" of treating people with a modicum of fairness, they've simultaneously been working to impose truly onerous personal burdens on people needing the most basic public help -- food, unemployment income, health care, etc. Trump signed an executive order to require that someone getting a typical allotment of $134 a month in food stamps must first take a job. And Trumpistas across the country are also demanding that parents needing public medical assistance for their children must submit to drug testing.

Even as the need for public housing has grown greater than ever, the Trump budgets have slashed funds for maintenance and construction, and housing secretary Ben Carson has proposed tripling the rents paid by the lowest-income residents. The Consumer Financial Protection Bureau, set up to be a fierce watchdog policing the greed of Wall Street banksters and predatory lenders, has been taken over by Trump's budget director, effectively turning the consumer protector into an industry lapdog. Treasury Secretary Steve Mnuchin quietly ruled that super PACs will no longer have to reveal to tax regulators the names of the "dark money donors" who corrupt our elections. And on and on every day, purposefully removing public policies and structures that are useful and desirable for the people while rewiring rule after rule to force the public's interests to give way to the monetary interests of corporate exploiters, polluters, defrauders and plutocrats.