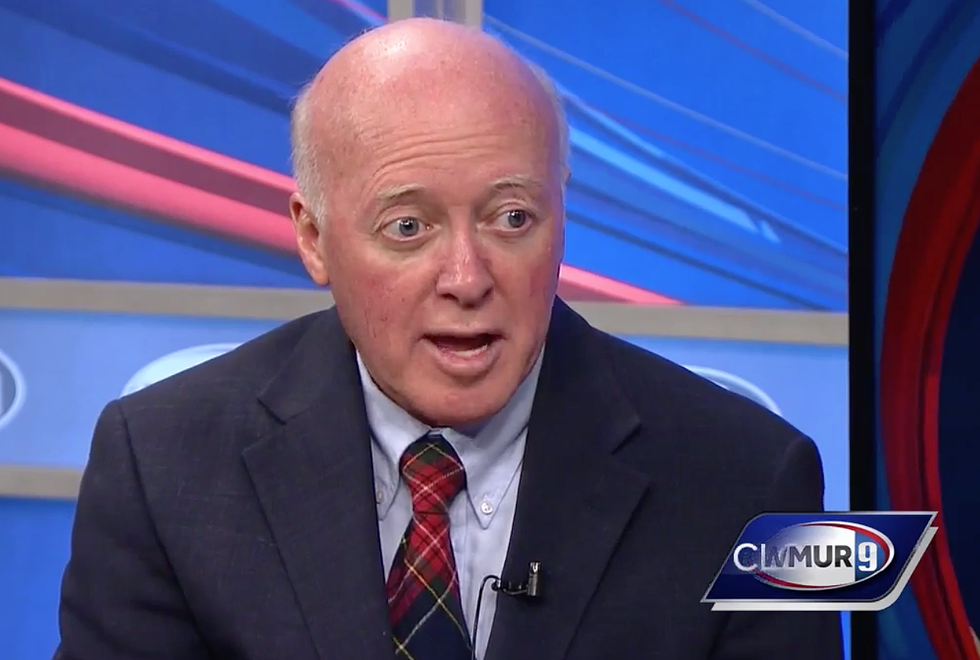 The long-serving Republican Secretary of State of New Hampshire may be looking at his 40-plus year career coming to an abrupt end after the state flipped to Democratic-majority control in the midterm election, reports Politico.

According to the report, Secretary of State Bill Gardner will be facing ouster when the now-Democratic controlled legislature convenes on December 5th to vote on his continuing tenure. In New Hampshire, lawmakers select the state’s secretary of state every two years.

With the legislature now dominated by Democrats following the “blue wave” midterm election that was seen as a major backlash against President Donald Trump, the 77-year-old Gardner may not see himself seated again for a 22nd term.

At issue is his close connection to Trump.

Politico reports, “Gardner, a fixture in presidential politics after more than 40 years in office, is on the verge of a bitter ouster from his job after supporting stricter voter eligibility requirements and participating in President Donald Trump’s ill-fated voter fraud commission.”

According to a senior New Hampshire Republican, his ties to Trump make his keeping his job an improbability.

“There’s drama here,” explained Fergus Cullen, former chairman of the New Hampshire Republican Party. “The result in the Democratic caucus last week was stunning to a lot of people … One of the great ironies is backlash against President Trump is likely to cost to Bill Gardner his job. Talk about a ricochet shot.”

According to the report, “Democrats fumed when he agreed to participate in Trump’s controversial voter fraud panel — then again when he supported legislation tightening voter residency requirements. In an era of intense scrutiny on state elections officials — and heightened politicization of their offices — Gardner’s critics appear to be catching up to him.”

A Democratic leader said Gardner has only himself to blame.

“Bill can be kind of a stick in the mud sometimes,” explained former state Senate, President Sylvia Larsen. “It’s been so long since anyone has challenged Gardner. But this new incoming statehouse, and in particularly the House of Representatives, I think a lot of the younger and energized Democrats are feeling it’s time for change.”

Van Ostern, the Democratic Party’s 2016 nominee for governor who has criticized Gardner for not modernizing his office also chimed in.

“He has every right to run again, but no one’s entitled to the office,” he stated.

According to Politico, Gardner did not respond when asked for comment.